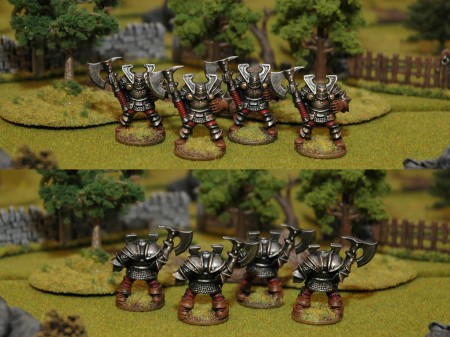 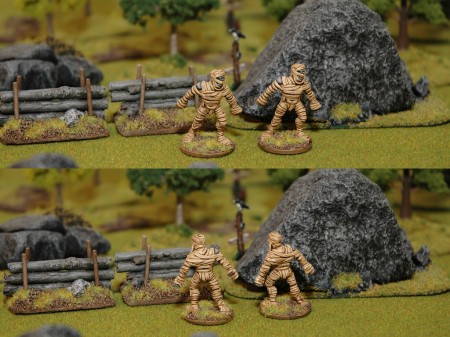 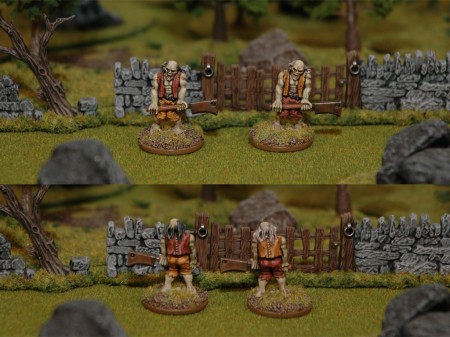 Saturday last weekend I had the opportunity to regress into child hood for an evening. Some old mates came visiting, we had some good food and drinks and most importantly – we played Hero Quest!

When this was decided I still didn’t have very many HQ models painted. Only two of the zombies, really. So, I went about to see what I had painted or near painted that could stand in for the models in the box. The four skeletons, the evil sorcerer and the four heroes were easy, I just picked them from my Stillburg project. For gobbos, I had the Iron Claw goblins I painted a few years ago. Three fully finished, but I needed six so I dug out three more from the same range and plopped a green stuff hat on one of them. The rest of the models needed were not even based and primed!

That left me with the need for 4 chaos warriors, 3 fimir, 2 mummies, 1 gargoyle and 8 orcs. The orcs were nearly there, as I decided to use the Harboth’s orcs I had painted to near completion. I did them up first, as can be seen here.

Next, I got started on the models I had to finish. After cleaning, cutting, prepping and priming I was left with the below – and three days to finish them! 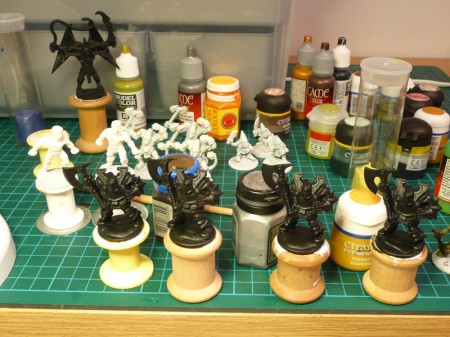 I decided to tackle the easiest models first, and in an evening I had these done to an acceptable table top level. The mummies are standard Hero Quest, while the chaos warriors are the 90s monopose plastic regiment warriors. Used them instead of the original warriors in order to save some time on the base cutting (I’m not keeping the integral bases). 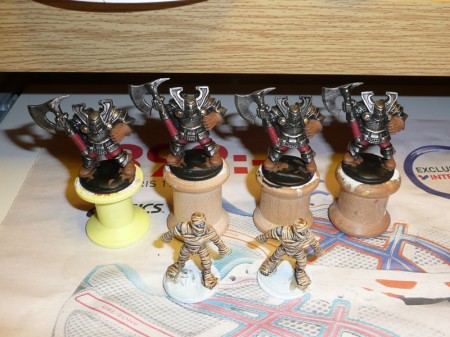 The next evening I actually didn’t paint anything (foolishly) – so I never managed to finish the goblins, fimir and gargoyle. They did come some way though. Even if I didn’t actually finish any more models I think I did a pretty good job for three days of work.

In the Swedish translation the gargoyle is called “the horror mask”. It doesn’t make sense in Swedish either.

And the full set of proxies and half-jobs.

It didn’t really matter, as long as all the bases were finished (but I did miss the static grass on the mummies… curses!). We had a few great games, produced a rather eclectic playlist on Spotify and managed to squeeze in a few cigars. I had a fun night and so did my mates. 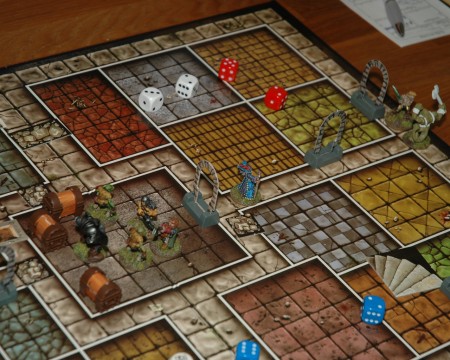 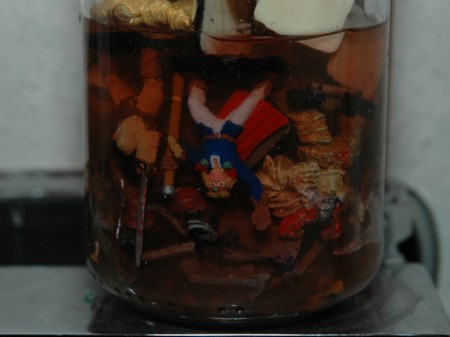 Before embarking on the full Hero Quest set, I’ll get a few ghouls painted up though. We’re playing a game or two of Stillburg the coming weekend! It’s been near two years since last time! Also, I have a few half finished goblins and fimir to do. And a gargoyle to touch up. And four chaos warriors to give a final drybrush. And two dwarfs to paint for a friend. And… 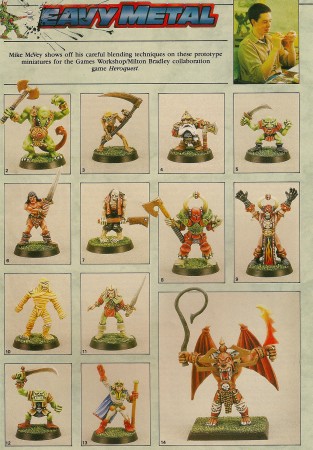 Magic Mike at his best.