Finally finished up my unit of plastic clone dwarfs, from the early 90s. They look fine, but definitely miss a shield or sixteen. If anyone reading this can help out with the classic shields give me a holler! 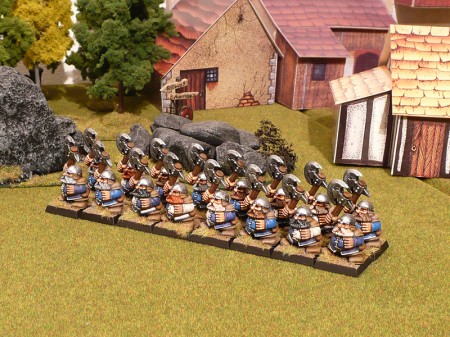 My main goal was to paint them as fast as possible, to get a servicable table top paintjob. I might have overdone it a bit, as I did base coat, wash, base coat again and then highlight. I think the problem lies with the bases being finished last. The next batch of cheap plastics I paint up, I’ll do the bases after I’ve done the base coats on the minis. That way they might look finished earlier, say after a wash and a single touchup/highlight. Remember, I’m not aiming for the same level as on my metal guys. These are all about “army level” and I think I have to lower my ambitions a little if I ever want to finish any of the planned armies. 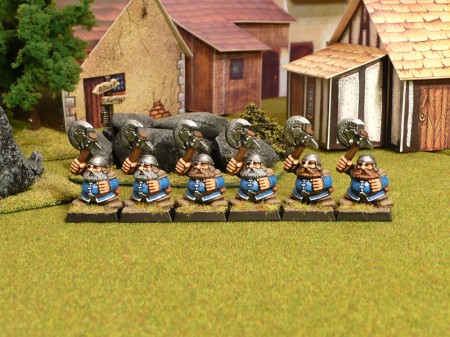 The first six, as previously seen.

They were painted in three batches. On the first six I used old Citadel Enchanted Blue for the coats. Thought they looked a bit too samey, so for the next five I planned to use Citadel Foundation Mordian Blue. I also decided to add partitions in Bleached Bone too and I must say it did wonders for the unit as a whole. I couldn’t be arsed going back and add some white to the first batch I did, but any more dwarfs I paint will follow the same philosophy. 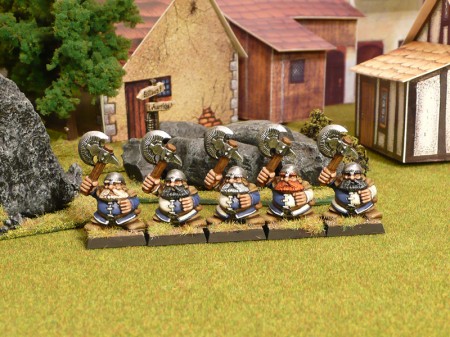 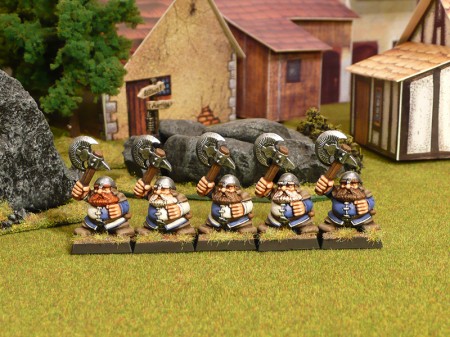 So, with these chaps out of the way I’m contemplating what to do next. Will try to get stuck in with the Doom Forgers as soon as possible. Also have some more plastics incoming, as well as the Grenadier plastics I got a while back. I think I’ll try to finish my human Blood Bowl team (based on 2nd edition chaotics and Phil Lewis’ Chaos Cup models) before I do any more Dungeon Bowl. Before anything else, I really ought to finish up some barriers for the next scenario of Stillburg though.

Grand total for 2012 is now 62 painted – 220 acquired = -158. Managed to clear my goal of one model per week, and I have plenty of weeks to spare yet! Here’s a final pic comparing the three different batches. 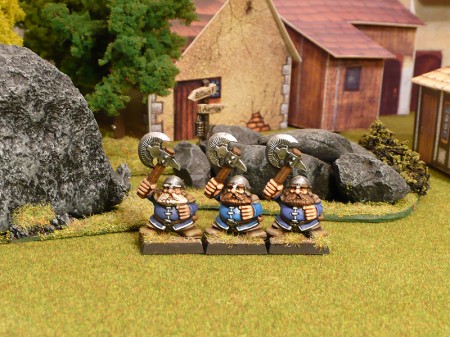 Comparison of the three batches. First in the centre, second to the right and third to the left. Or maybe the other way around. Who gives a damn?