Didn’t know whether to label these things as miniatures or terrain, but ended up with miniatures. They are after all chunks of lead on bases.

When playing scenario 2 in the Stillburg Campaign (yeah I know, I still need to write a battle report on that), we had need of six objective markers. For that purpose we employed some blank, large metal washers. They didn’t look too hot, so I went and made these to replace them. 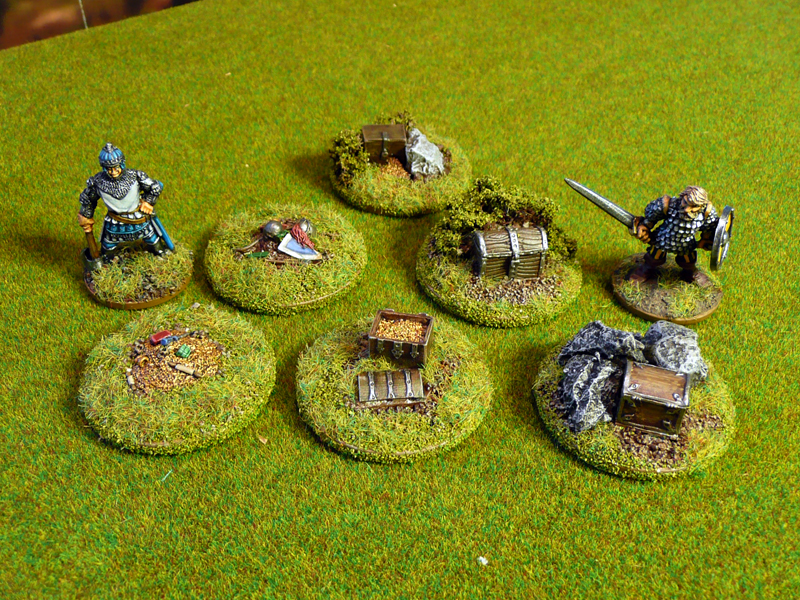 They’re small treasure piles from Mega Miniatures’ Dungeon Decor range. While looking quite nice, they are also rather useful in that they each contain a randomly placed, numbered marker. At first, I was going to paint them nicely, but decided not to as they will probably get worn quickly. Simple numbers will do fine. 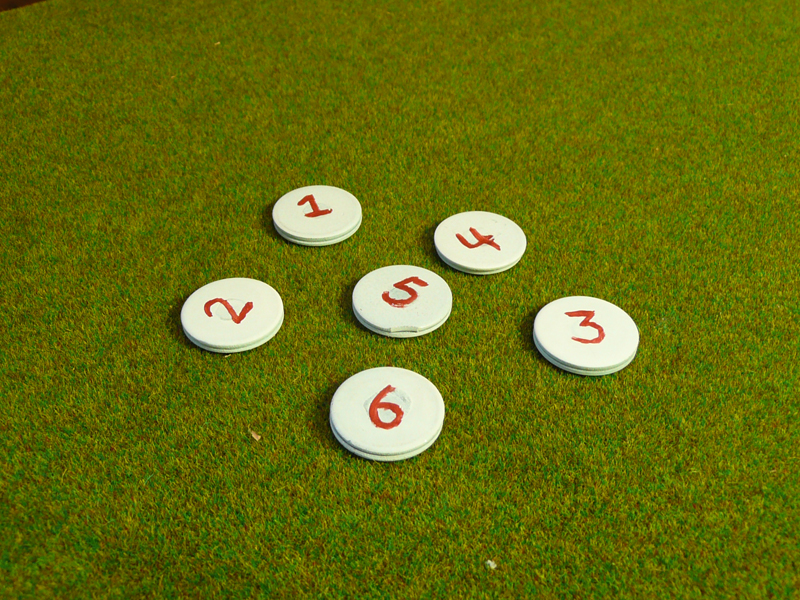 When setting up a game, the six markers are turned face down and mixed. Without looking at the numbered side, I place an objective marker on top of it. Through the black magics of magnetism combined with a perfectly sized slot in the bottom of the objective marker, the number marker adheres to the underside and each objective marker is thusly assigned a secret number. 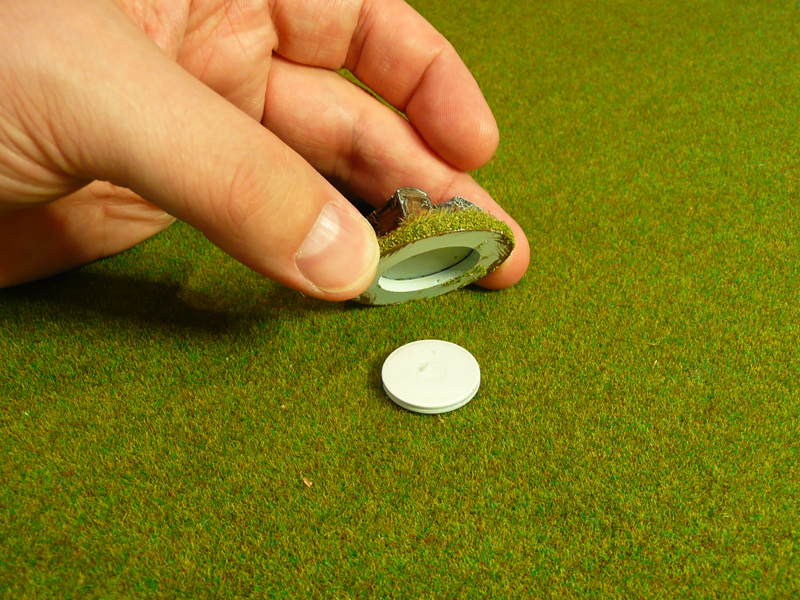 The markers are then placed on the table as per the instructions of the scenario. When a model reaches the marker, it is flipped and the number revealed. 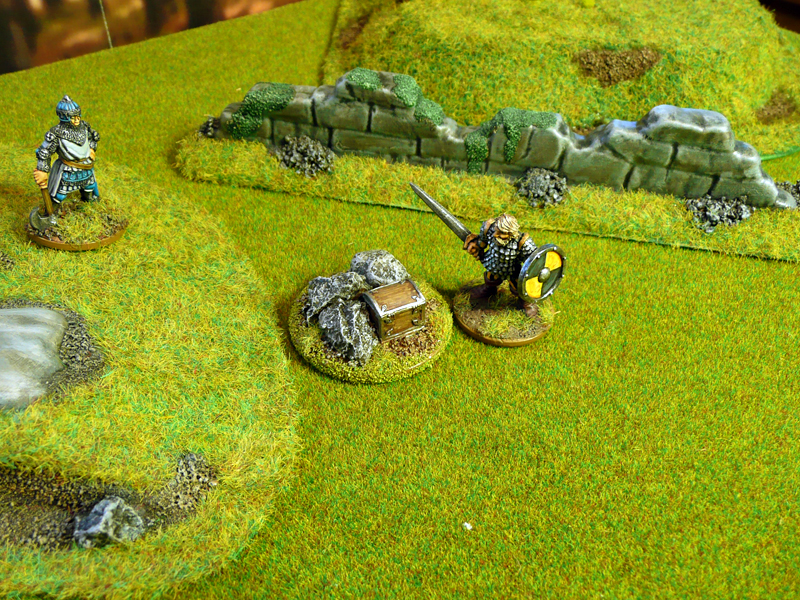 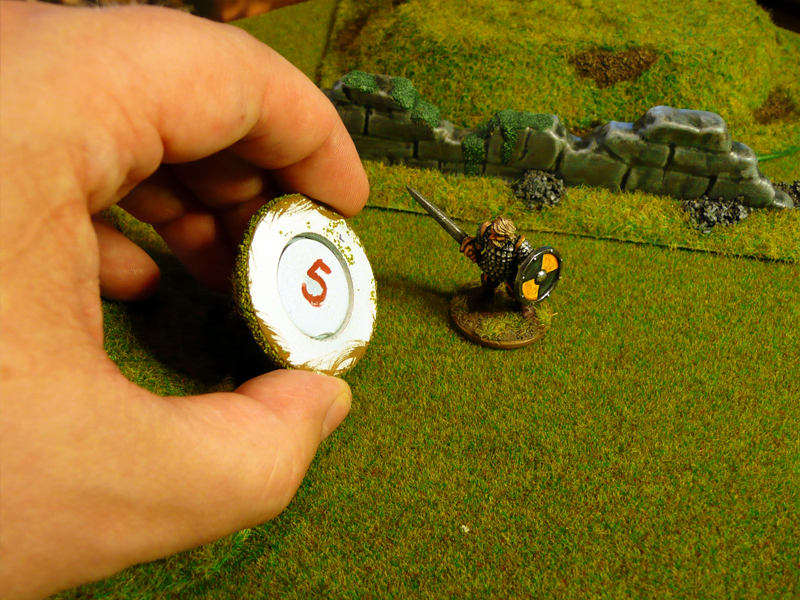 Here’s a short pictorial description on how I made them. First, the components. One treasure chest or other decoration, one large metal washer with a center hole large enough to accomodate two smaller ones. They’re arrayed on a magnetic sheet. 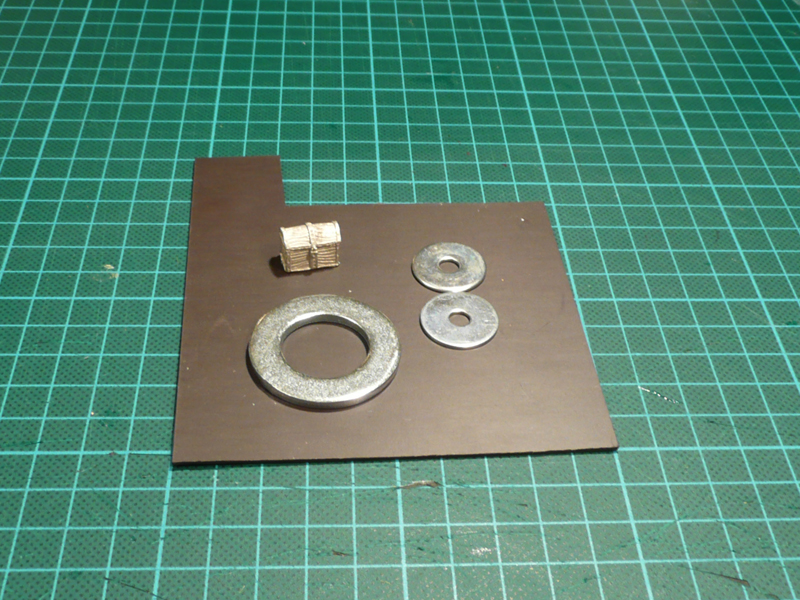 I glued the two small washers together, as one would be a bit too thin to feel right. A piece of magnetic sheet was cut to fit over the hole in the large washer, and glued in place with super glue. Ferrous side down, mind! 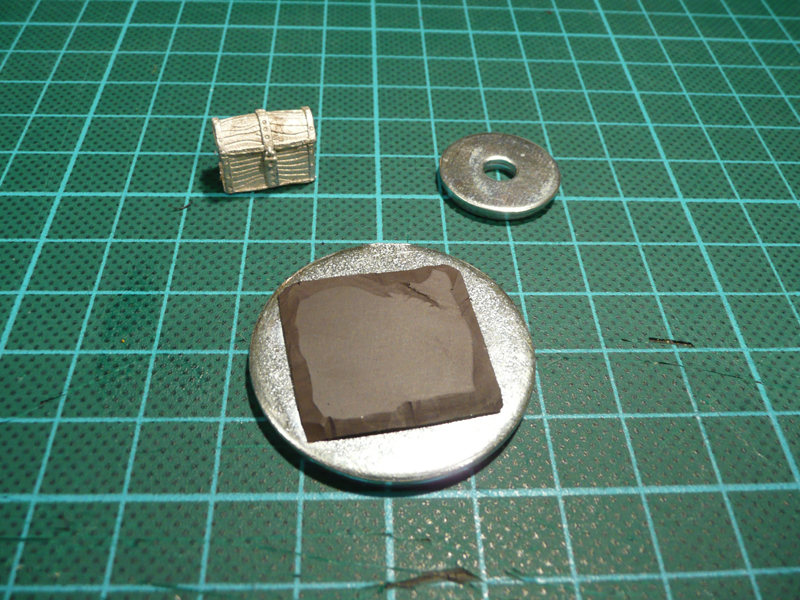 As can be seen, by sheer luck everything fit perfectly and snugly. The two small washers are exactly the same thickness as the one large. Awesome! 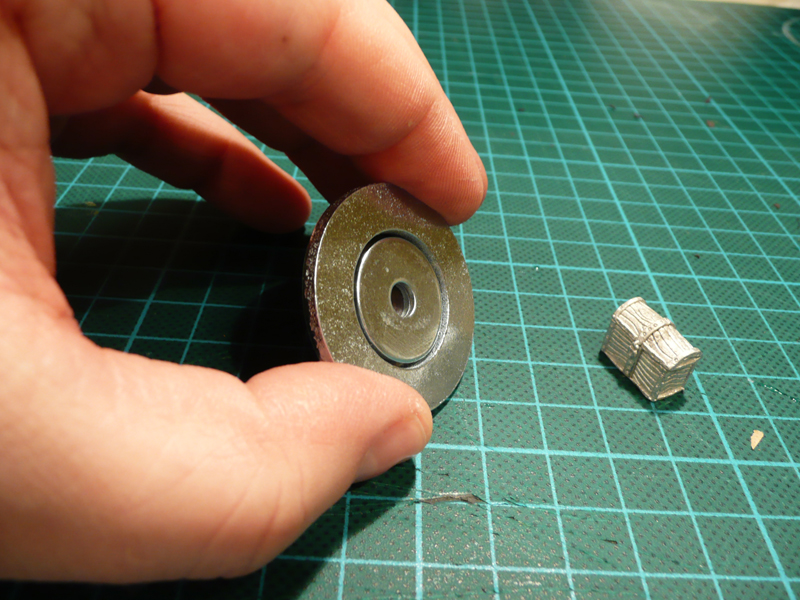 I glued the marker decoration in place and continued with the remaining five. 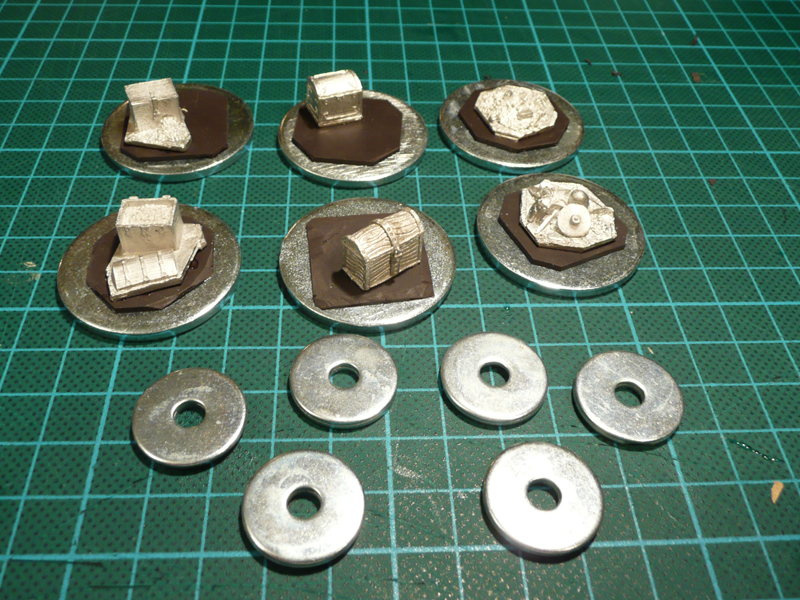 Proper useful stuff, these! In the scenario we played, we had six markers and a table where 1 – 3 were hostile encounters, 4 and 5 were nothing and 6 was the actual objective. When a marker was flipped, we rolled a dice to see what the result was. Worked fine until we started rerolling previously rolled results. With these markers, there will less faffing about.

2 Responses to “Objective markers from a subjective perspective”