I bought a boxload of Splintered Light miniatures some two years ago. Nothing much have come of that, so I started going through them with the intent to sell some of it off. Originally the plan was to play Hordes of the Things with them but I’ve been side tracked with Song of Blades and Heroes and Citadel miniatures collecting.

I’ve had an itch for large scale fantasy battles (ie masses of troops, not 40mm scale) and I think 28mm is too large for that. Thus, I’ve decided to keep the Goblins and Dwarfs from my Splintered Lands stash. The antropomorphic animals are divided into two piles; for sale and “for 28mm skirmishing”. Got a small side project planned for the furry little critters, involving some Bob Olley sculpts from his Iron Claw days.

This morning, while entertaining my son, I sat dividing the models I’ve got into elements for Hordes of the Things. Since these are chunky 18mm minis, I decided to go with the 28mm element size recommendations to fit as many in. These are only mockups, but I’ll sort out proper bases and start painting soon. I think the two armies turned out quite allright, though I know nothing about how HOTT plays or how the meta game works.

First up, there’s the dwarf army. 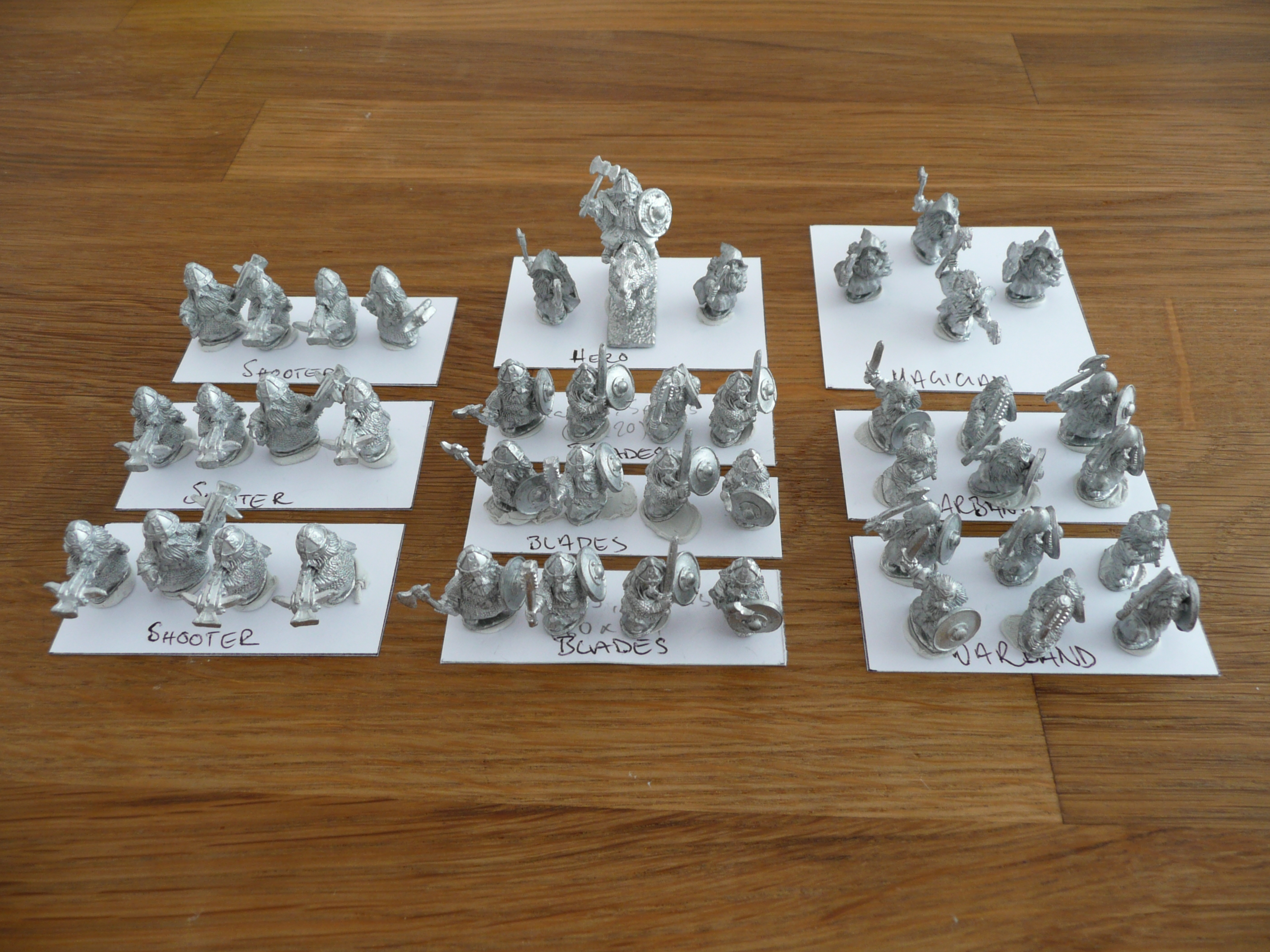 It consists of the following elements:
3x Bondi (Blades, 6AP)
2x Huscarls (Warbands, 4AP)
3x Crossbow (Shooters, 6AP)
1x Mounted chief and guards (Hero general, 4AP)
1x Magician and guards (Magician, 4AP)
In total 24 AP of efficient military dwarf clan goodness. I’d like to add an Artillery to the gang, but apart from that I’m keeping this lot as it is.

The goblins on the other hand…

Looking forward to read through the HOTT rules and get a trial game in before I decide on what to do with these lots. =)