Finally, some new pictures here. These two guys were planned to make up part of an entry in LPL5 over at Lead Adventure Forums – however time was not on my side. Instead, I’m showing them here for the first time.

These are the brothers Crabcock. In the first scenario of Songs of Stillburg, the objective is to save the youngest of them (Billy). If the heroes succeed, they have the option to enlist Billy and his elder brother Hog as allies in their adventures.

Billy Crabcock is a somewhat tough mini to identify. I’ve only found him in the 1989 summer trade catalogue over at Stuff of Legends. He looks like he could be part of the C07 Rangers line, and sure looks like a Perry brothers sculpt. I guess he’s from around 1986 or there abouts. I have no idea why he’s sporting a fur bowler hat. A bit of a daft model, to be frank. 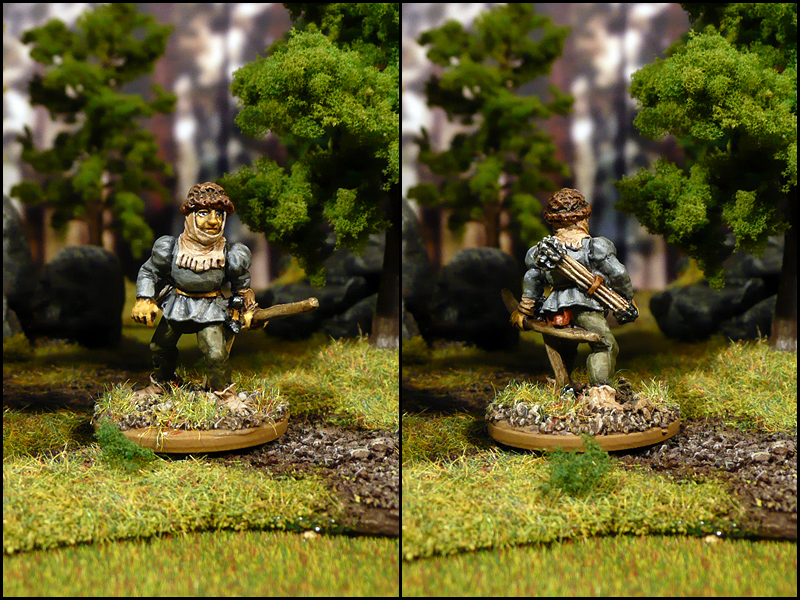 Billy Crabcock – Human Farmboy (18 pts)
Quality 4+, Combat 2. Coward, Shooter (Medium).
Young and inexperienced, he fell prey to the undead attacking the town. Having been rescued by the heroes, Billy and his brother now offer their aid in battle. Must stay within a medium range of his brother Hog. If Hog is killed, Billy must make a morale check.

His brother Hog Crabcock was a bit easier, as I happen to own an old White Dwarf from 1987 with the model displayed. It’s also in the 1988 catalogue. Typical charming Morrison sculpt and I quite like it. 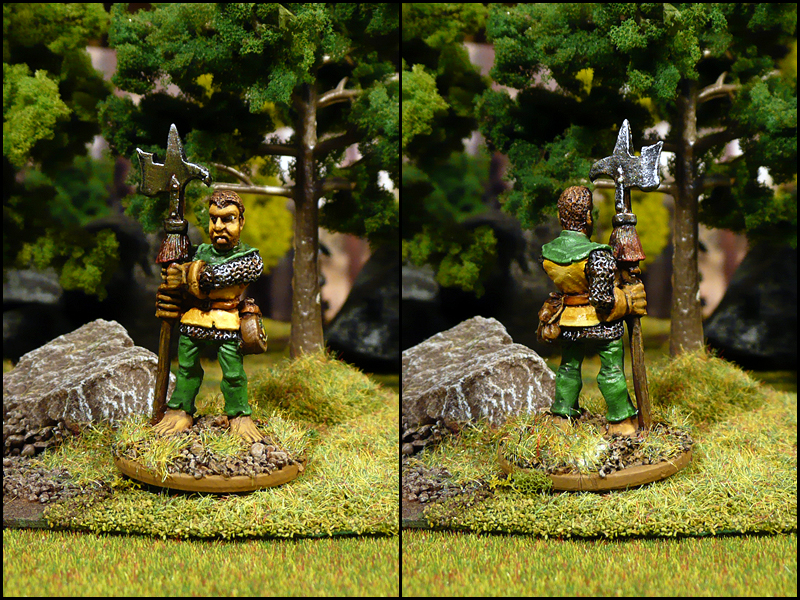 Hog Crabcock – Human Farmhand (20 pts)
Quality 4+, Combat 3. Protect.
Billy’s older brother, who returned to Stillburg and his father’s farm after a failed attempt at professional soldiery. Must stay within a medium range of his brother. If Billy is killed, gains the Berserk ability until end of game, and permanently gains Hatred of the creature type that killed Billy. Each game ending with both Crabcock brothers alive (even if they were removed from play) gives one extra VP. 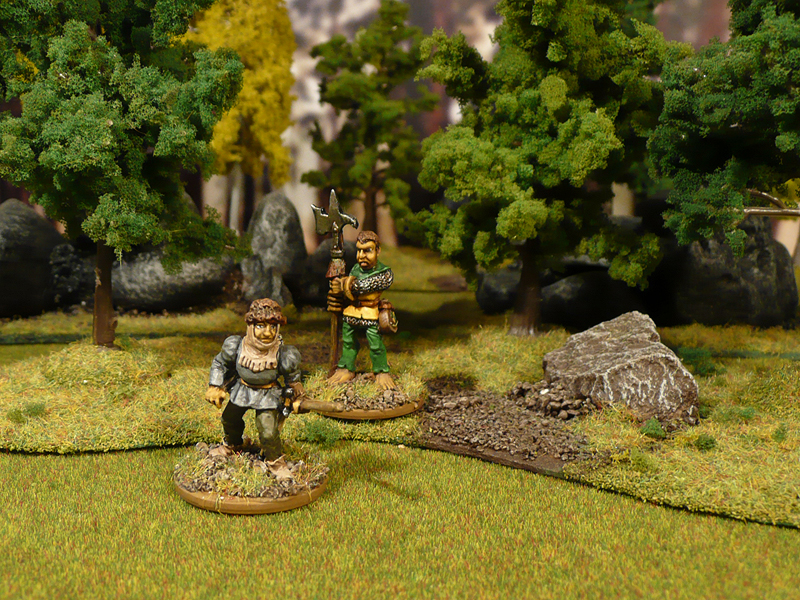 Coming up next; some minis I bought painted off a chap on LAF. Some (very) old Citadel, some nice Marauder creatures and a bunch of Foundry stuff. Also have a vizened old wizard on the painting table, together with a halfling. In addition to that, I’ve got some of my Amera terrain finished up (but I ran out of flock!) and also have a package prepped to send off on a painting commission. Too much lead and too little time…