This is one of the characters I painted up for the LPL in early 2012. I promised to do individual write-ups and the only thing missing for quite some time now have been photos. I finally had some time today to take a few pics. I’ll post the other guys over the next few days. 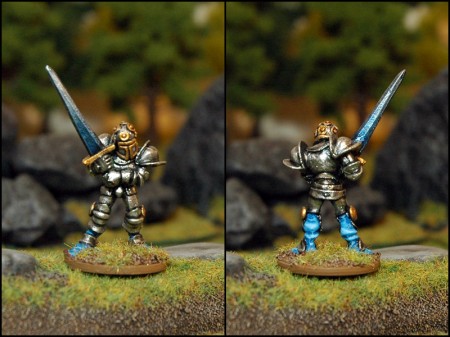 Willhelm Ratzenwurst – Human Knight (30 pts)
Quality 3+, Combat 3. Heavy Armour, Unruly.
Sir Willhelm Ratzenwurst is a knight-errant of questionable skill. Granted, he slew the (alledgedly) Great Scourge of Talabec, but in all honesty that was little more than an average sized boar with an exceptionally foul temper. His most recent adventure saw him lose both squire, horse and distraught damsel to the sulphurous wrath of Katarax, the elder dragon Greenleaf Peaks. He travelled by boat along the river Aver to Averridge where he then went north to seek gold and fame in the ruins of the temple of Gadd. After a near death experience, he retreated to Stillburg in search of mercenary work as he is now completely and utterly impovered.

The model is (still) Citadel Lord of Battle, sculpted by Jes Goodwin. Here’s a photo of him staving off some undead in the Barrowhills north of Averridge. 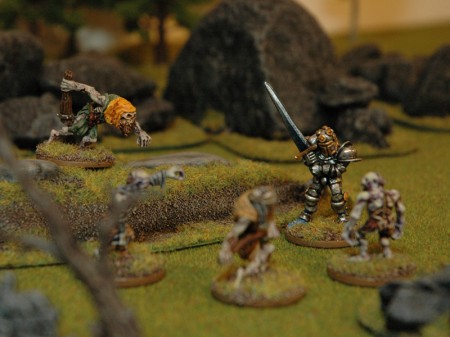