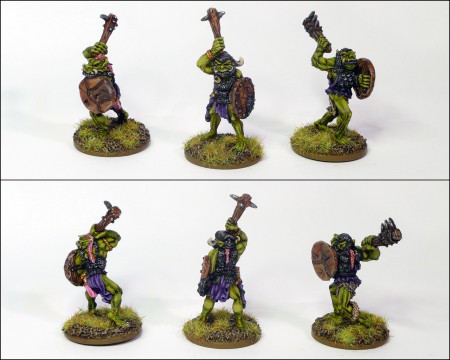 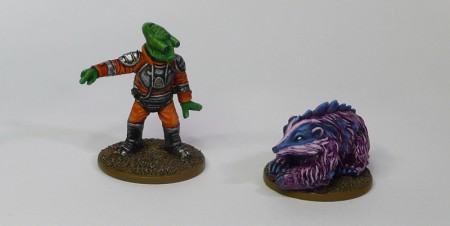 Snitch is a low-level street punk type of guy. Hailing from some remote world, he’s been marooned in the Kemmler system for a few cycles. In game play terms he’ll either serve as an unarmed follower or a plot point marker. It’s a fun little silly model, originally a Varactyl Wrangler from the Star Wars Miniatures pre-painted plastics range by Wizards of the Coast. 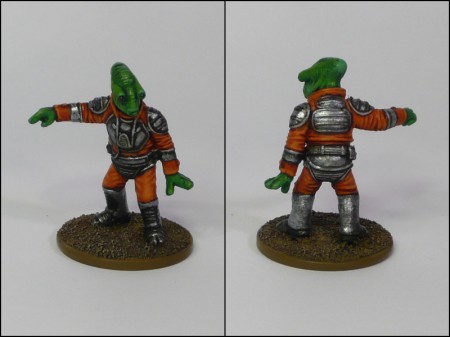 Not the first pointing model I paint for the scifi project. I’m sensing a theme here.

I trimmed the worst mold lines and gave him a quick re-paint. I wanted the silver parts to look like the costumes of Kiss or Abba. Puffy and soft. I think it mostly ended up looking a bit sloppily painted. He’ll do just fine though. Maybe I should go over it once more with an old black wash (less opaque) and touch up the silver afterwards. Or I could chill out and paint something else.

The other miniature is another pre-painted plastic, this time a Celestial Dire Badger from D&D Miniatures. I actually managed to strip the paint off this guy before painting it (using de-natured spirits). 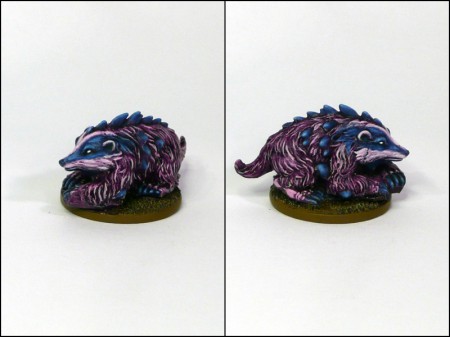 Will be used as an astro-badger, joining up with other small critters in a sort of “followers pool” for Pulp Alley. I made the mistake of using an old purple glaze from Citadel (the hex-pot flip-tops with red lids) and it turned out very shiny. Varnish will take care of that though… Happy with how it turned out though. Always liked the model and it was fun to paint (being mostly drybrushing and painting).

Coming up next, some fantasy crap. Mostly old hat, that I finally got around to basing.