So, my third year as a “miniatures nut returned” has come to an end. What were my hopes, and what did I accomplish? I think the year has been fruitful not only in the baby department but also in the miniature part of my life, but not as fruitful as I had wished.

Lead Painters League
I enlisted in the LPL with hopes of being able to paint 5 new teams (in total 25 miniatures) and partake in the remaining 5 rounds with previously painted and shown miniatures. I ended up painting a single team of new models (Citizens of Stillburg) and the remaining rounds were rehashed old hat. 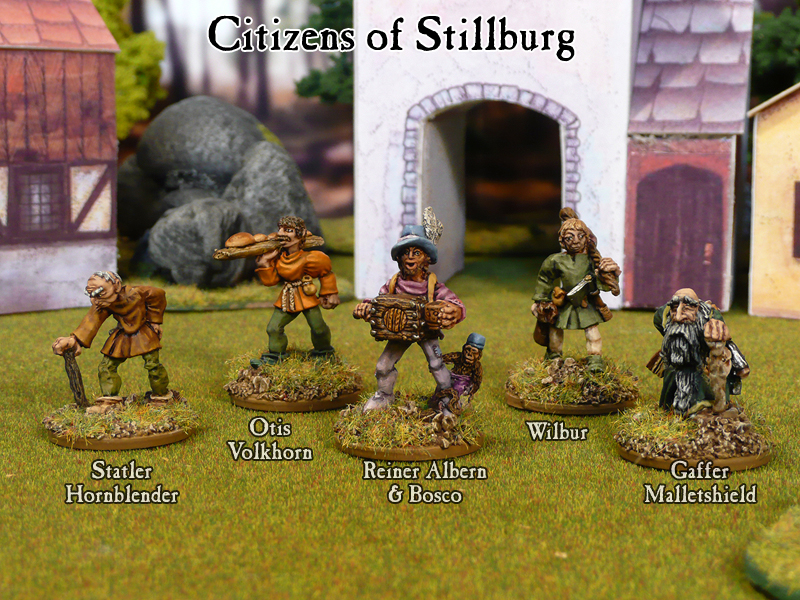 My scores suffered and I finished in the bottom tier, even though I won 5 rounds and lost 5. A bit surprised at that, I didn’t think the bonus points for new teams would matter that much. It’s a lesson I’m taking with me for the next LPL I participate in, for sure!

Man Cave 2.0
We renovated a room in our basement and I’ve started to move all my gaming gunk in there. It’s shaping up nicely and will allow us to now renovate the room that was previously my quite mangy man cave. 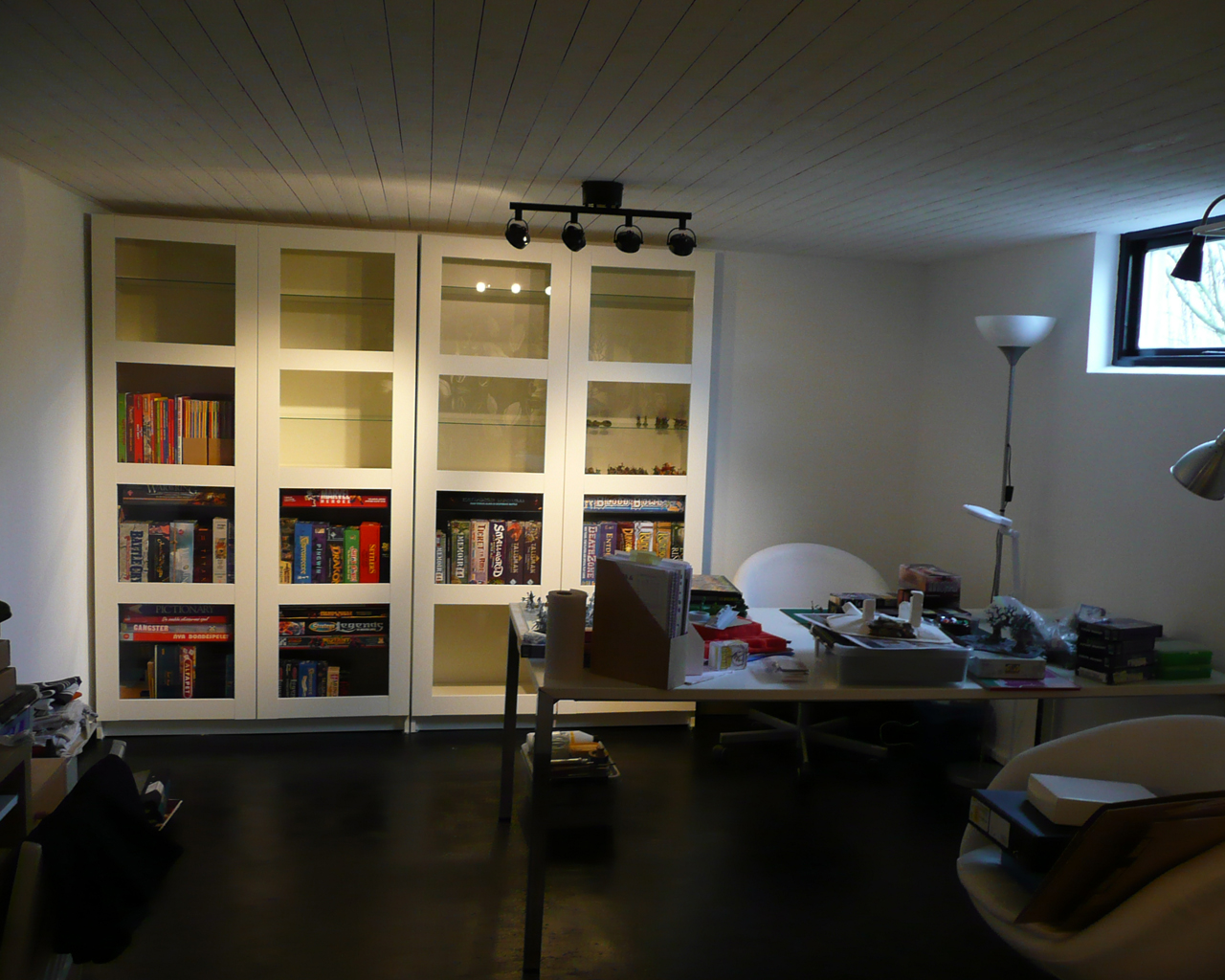 Songs of Stillburg
Sadly, only one game played this year. With me and my cousin both having kids the last year we ofcourse realized our gaming time would be limited, so I suppose one game isn’t too shabby. I still need to write a battle report for the game we fought last year though! Here’s a teaser shot from the third game of Stillburg, which happens to also be the inaugural game of Man Cave 2.0! 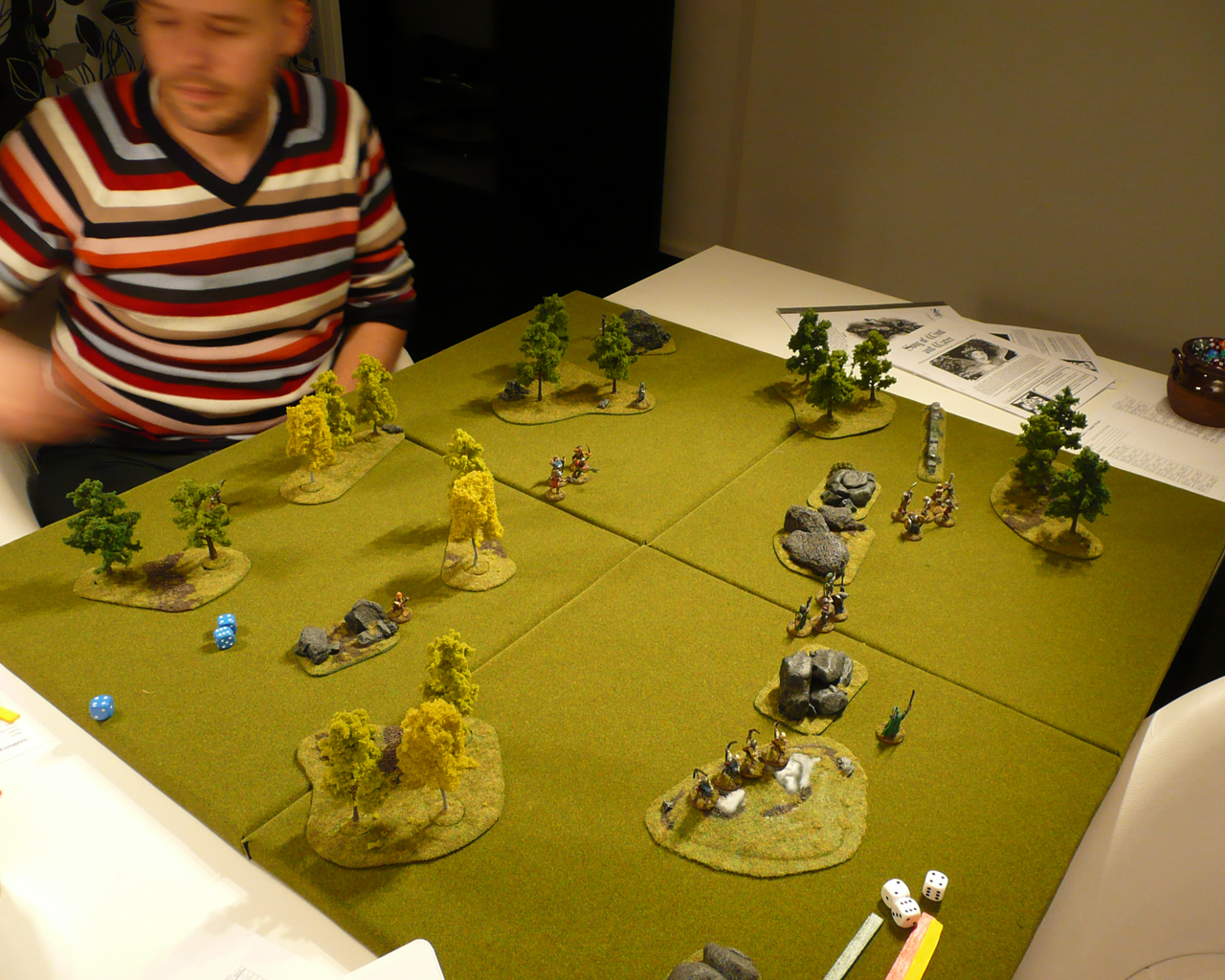 If we sum all that up, I did 32 models and had 45 models more or less done for me. In total, it means I scraped about 70 pieces of lead from the lead mountain. So – not too shabby, but I wish I had painted more myself! Here’s an overview of the year’s bounty. 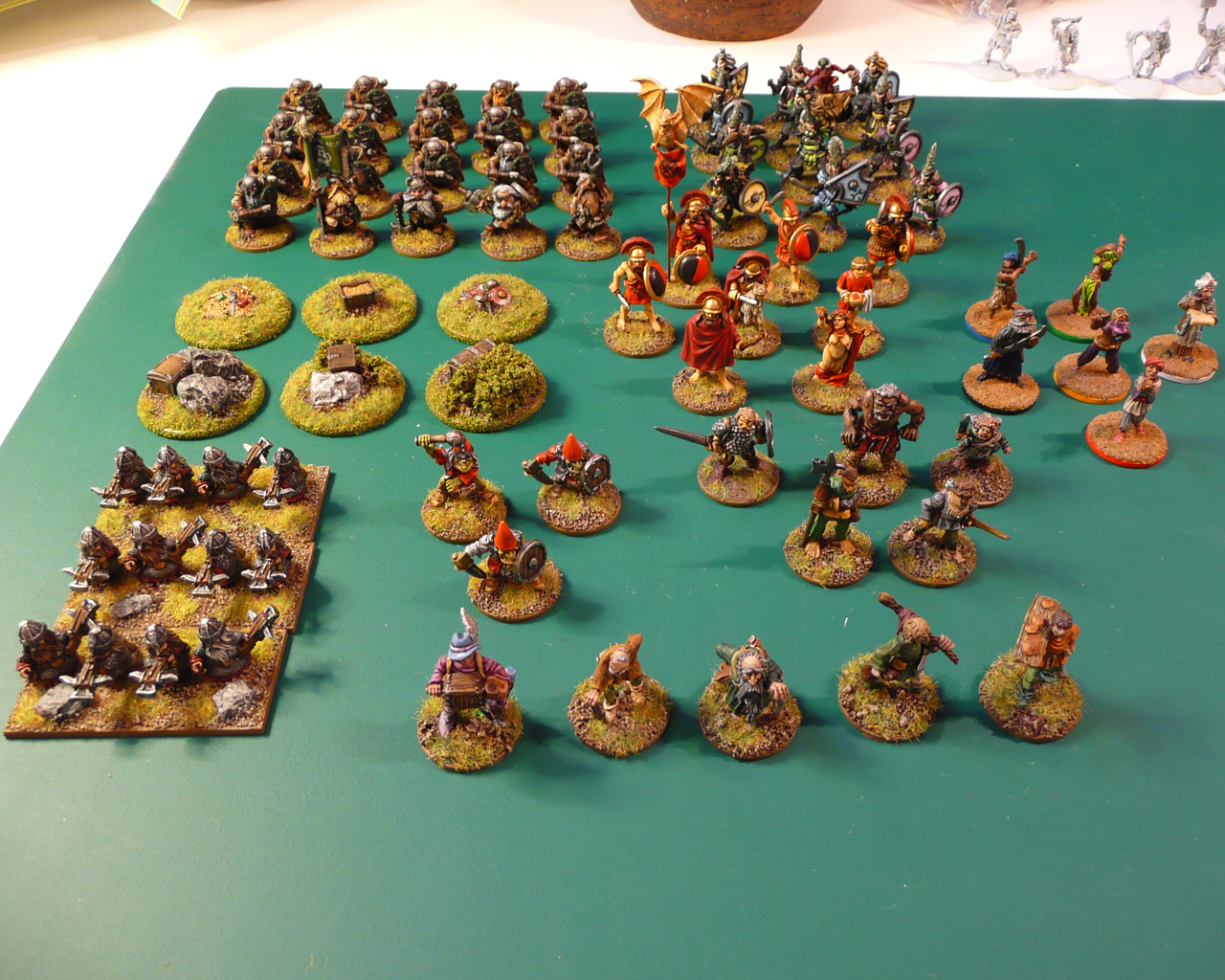 Acquisitions
Weeeell… let’s not talk about that. Too much, too often and too unpainted! I didn’t buy as much this year as the last, but I really should’ve purchased less. Can’t resist a good deal or a neat idea!

Stripping Liquid
I’ve finally found the holy grail of stripping gunk! It’s called ColourOff, from chemical producer Autosmart International Ltd. It’s non-toxic, smells pretty nice and it’s actually a hand cleaning product so I don’t have to worry too much about coming in contact with it. Most importantly, a night in this makes almost any paint come off with a tooth brush and it does not seem to affect plastics. I have miniatures which brake fluid and acetone wouldn’t clean. They are now completely clean! 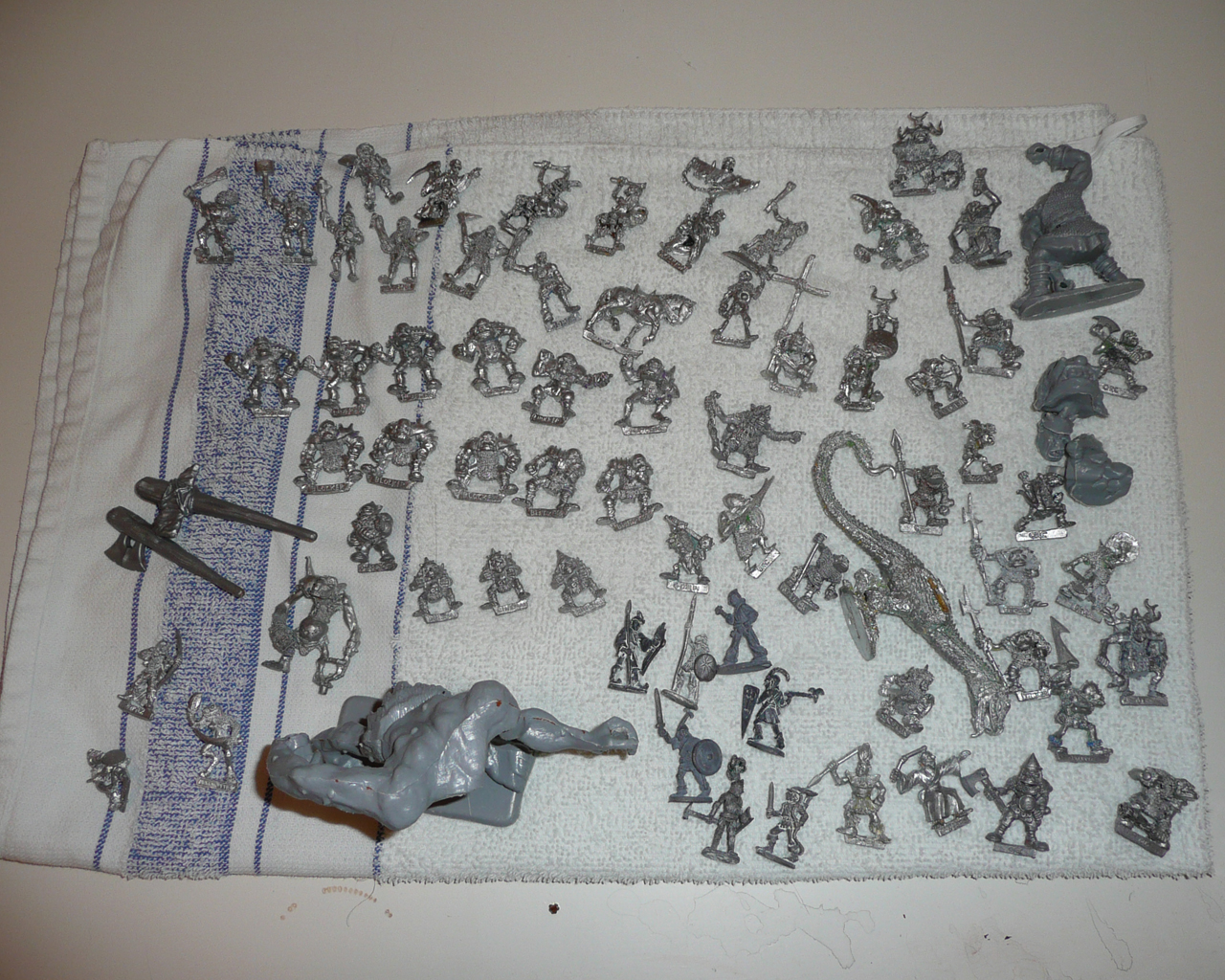 As I didn’t get the time to finish those 5 zombies in time for the new years I think my 2012 will be off to a flying (or shambling, rather) start! Here’s some of the other old gunk I’ve got queued up. More on that in my post regarding my 2012 plan, sometime next week. 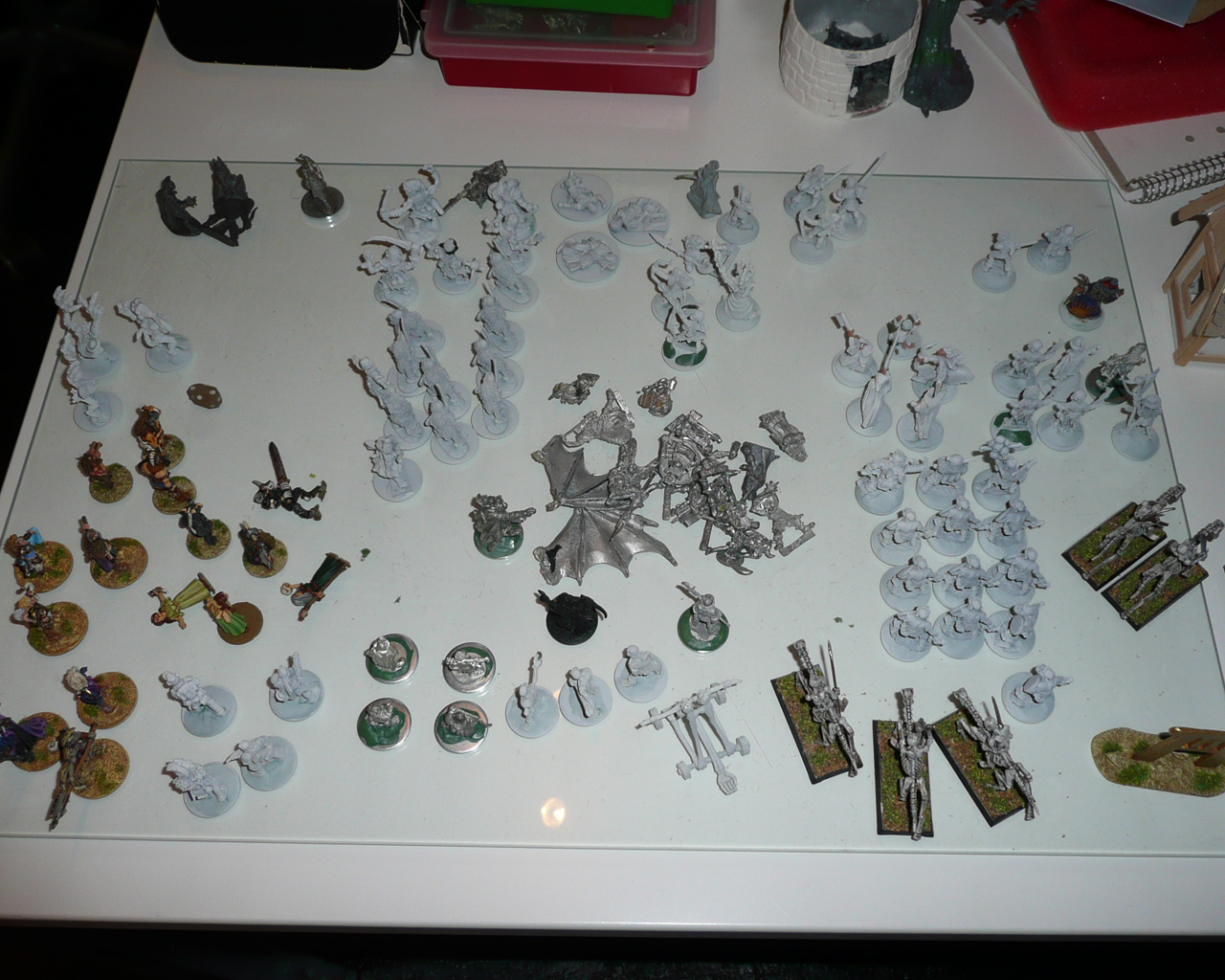 I end this year with a close up of some of my old school publications. Ah – shelved goodness! Happy new year, friends! Leave a comment for me to know that you’re still around! 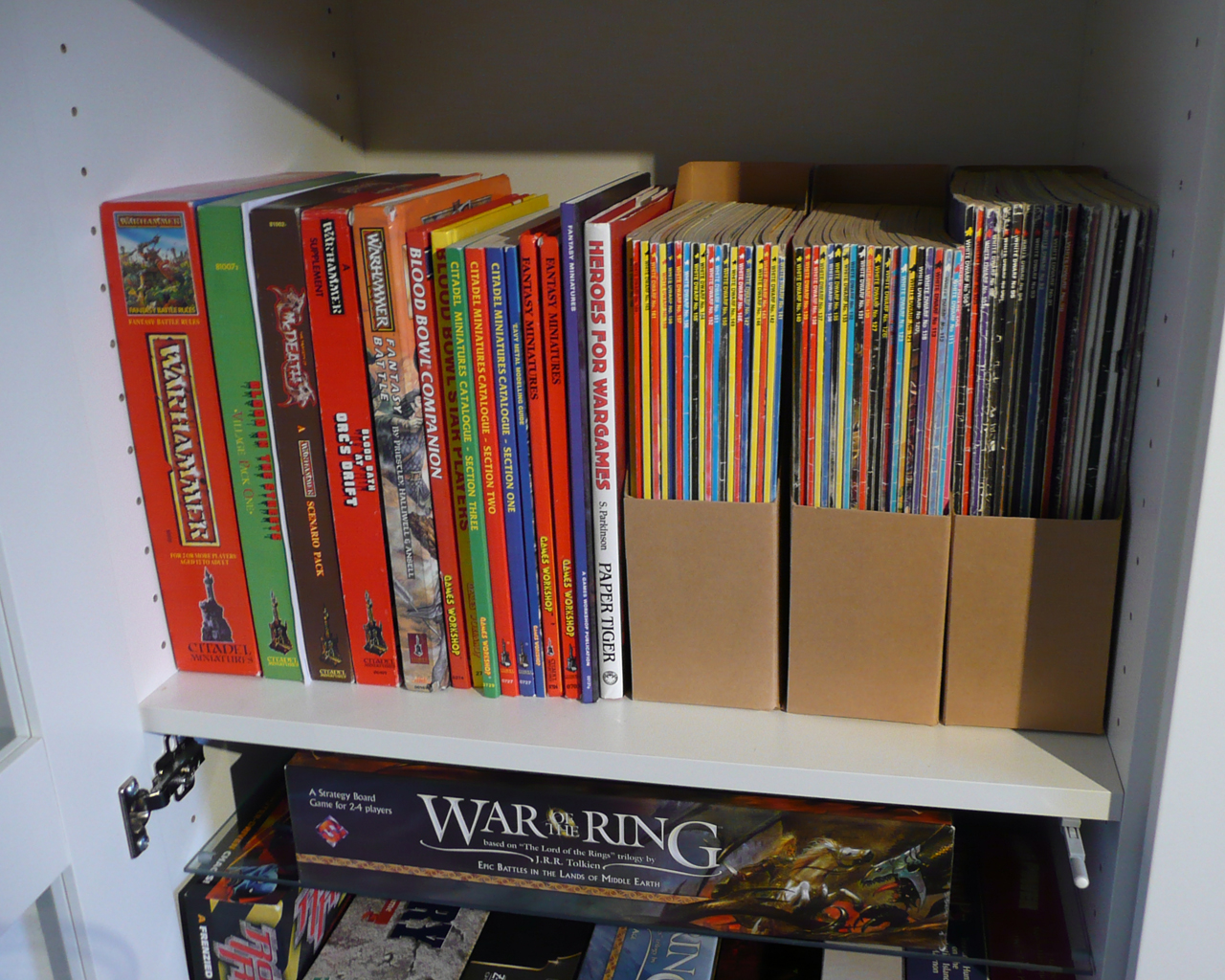 For the first time in about 10 years or more, I’ve painted some greenskins! After my wife put together a christmas ornament for our kitchen table, I figured it could use more goblins. You can never have enough goblins in your christmas ornaments… right? 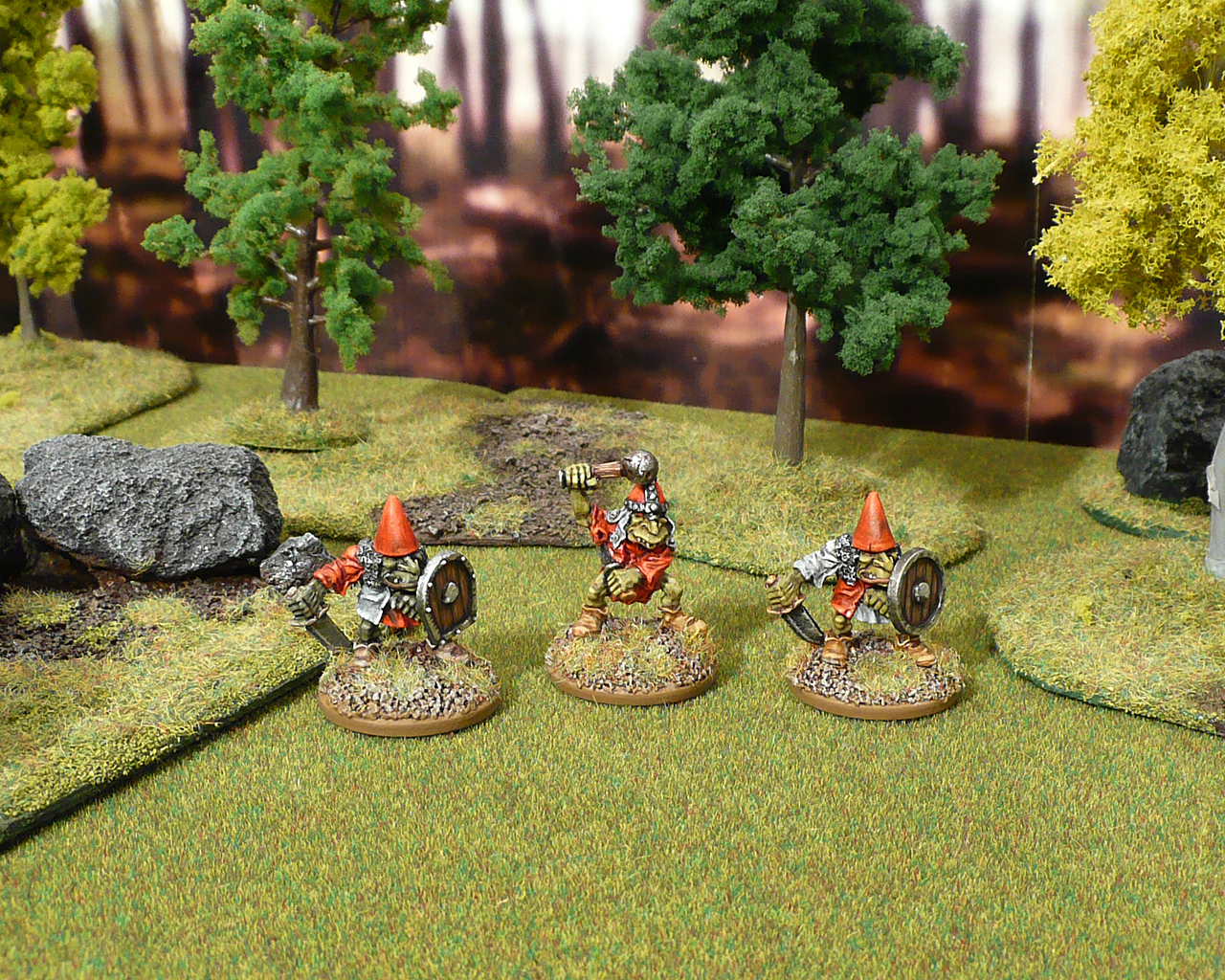 I did the one to the left first, using urrr… Knarloc Green from GW’s Foundation range as a base coat. I mixed it with some light VMC grey of some sort and did the highlights and then washed the skin with Badab Black (GW again). Found it a bit cold and dark, so instead I went for Gretchin Skin (GW Foundation), Devlan Mud (GW wash, it’s bloody magic!) and then Gretchin Skin again. I think. Maybe something else in there too… I don’t know and I don’t really care. I’ll paint each gobbo as if it was my first, experimenting with different base coats, highlights and washes to get some variation in the skin tone. So far, the two to the right are my favourites. 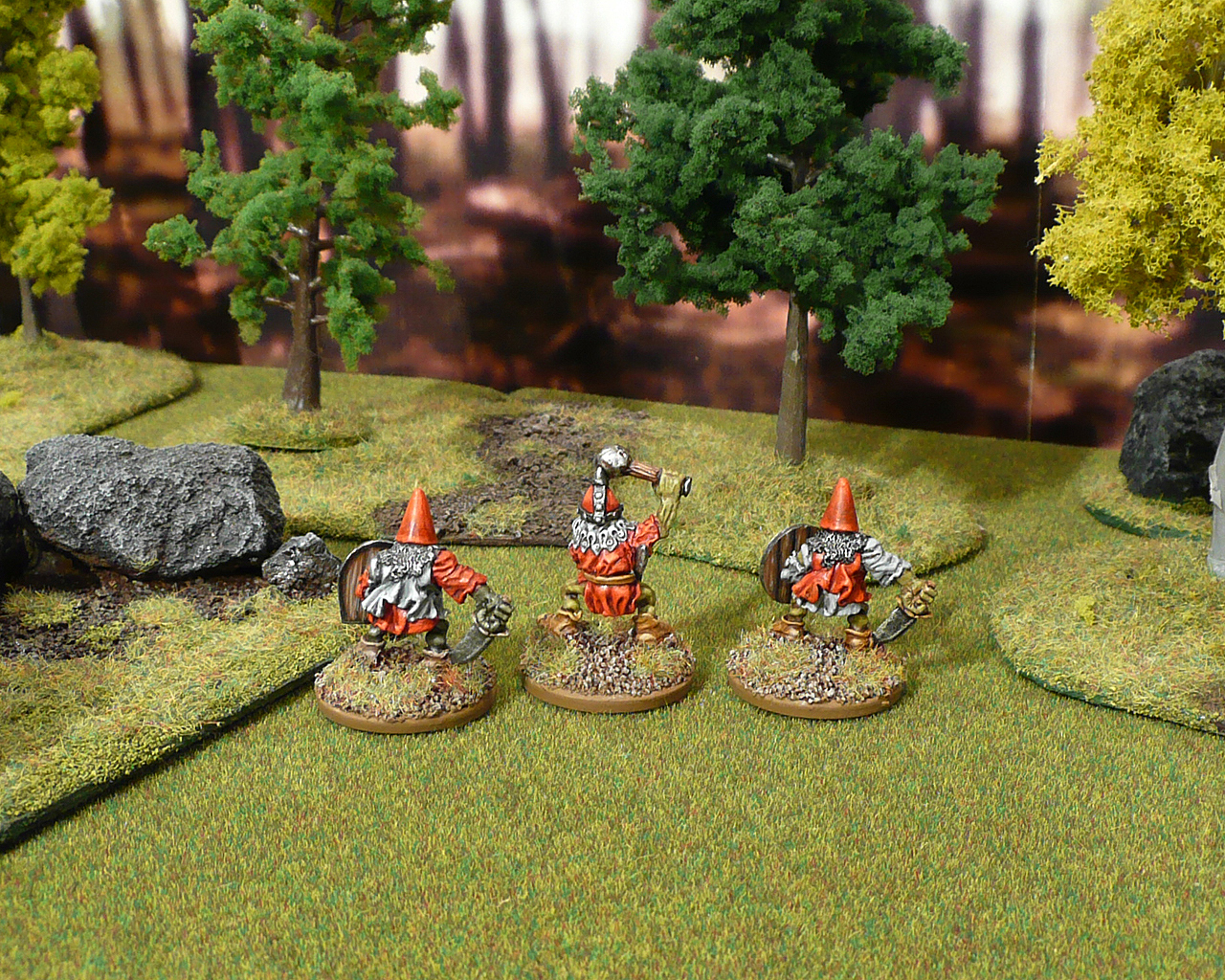 So, three little Bob Olley goblins from Iron Claw (ie Citadel), released in 1988. Painted a bit like gnomes, ’cause that’s how I roll. Yeah… anyways, thought it would be fun to pit them against some of Bob Olley’s antropomorphic animals he did for Splintered Lights. A woodland rumble, part zany – part cute. If otters and hedgehogs fighting evil gnomes won’t get my Mrs into lead pushing, I’ll consider it a lost cause. 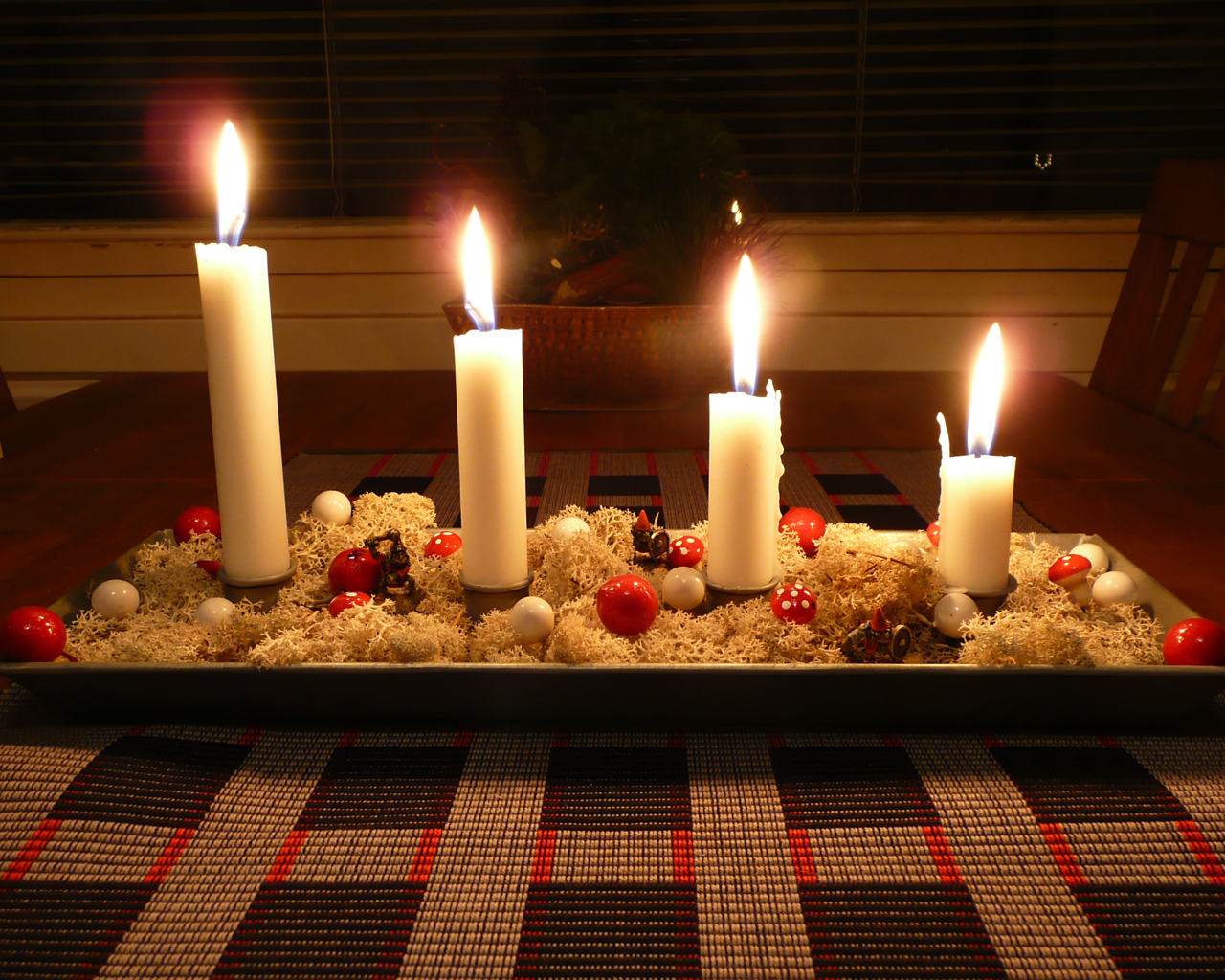 Here’s a final christmasy shot – if you’re reading this it means you’ve put up with sporadic updates over the year. Thanks for your patience! Thought there would be a little more time for painting as I’m on paternity leave but truth be told there’s a hefty load of house hold work to tend to during the wee lad’s nap time. I do have five zombies all but finished up though, they just need an evening or two of touching up the details and sorting out the bases. I hope to do that before the year ends. You know, to bring up the annual total a bit.

Now, if you want to see more of these pointy hat gits you need to give up some old lead! If you got any spares of this range (only pointy hat ones, mind) I’ll gladly purchase them, or trade. Happy christmas! 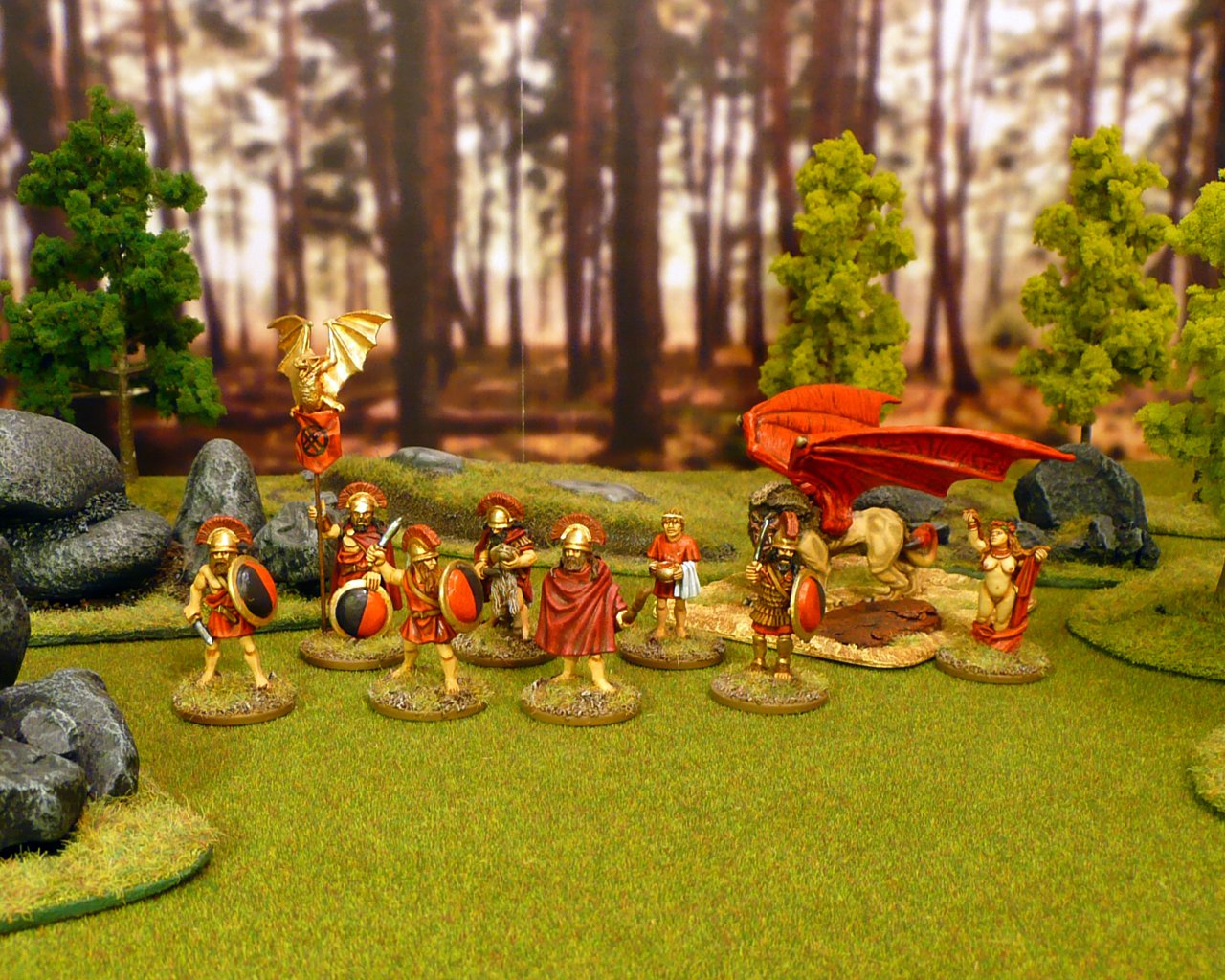 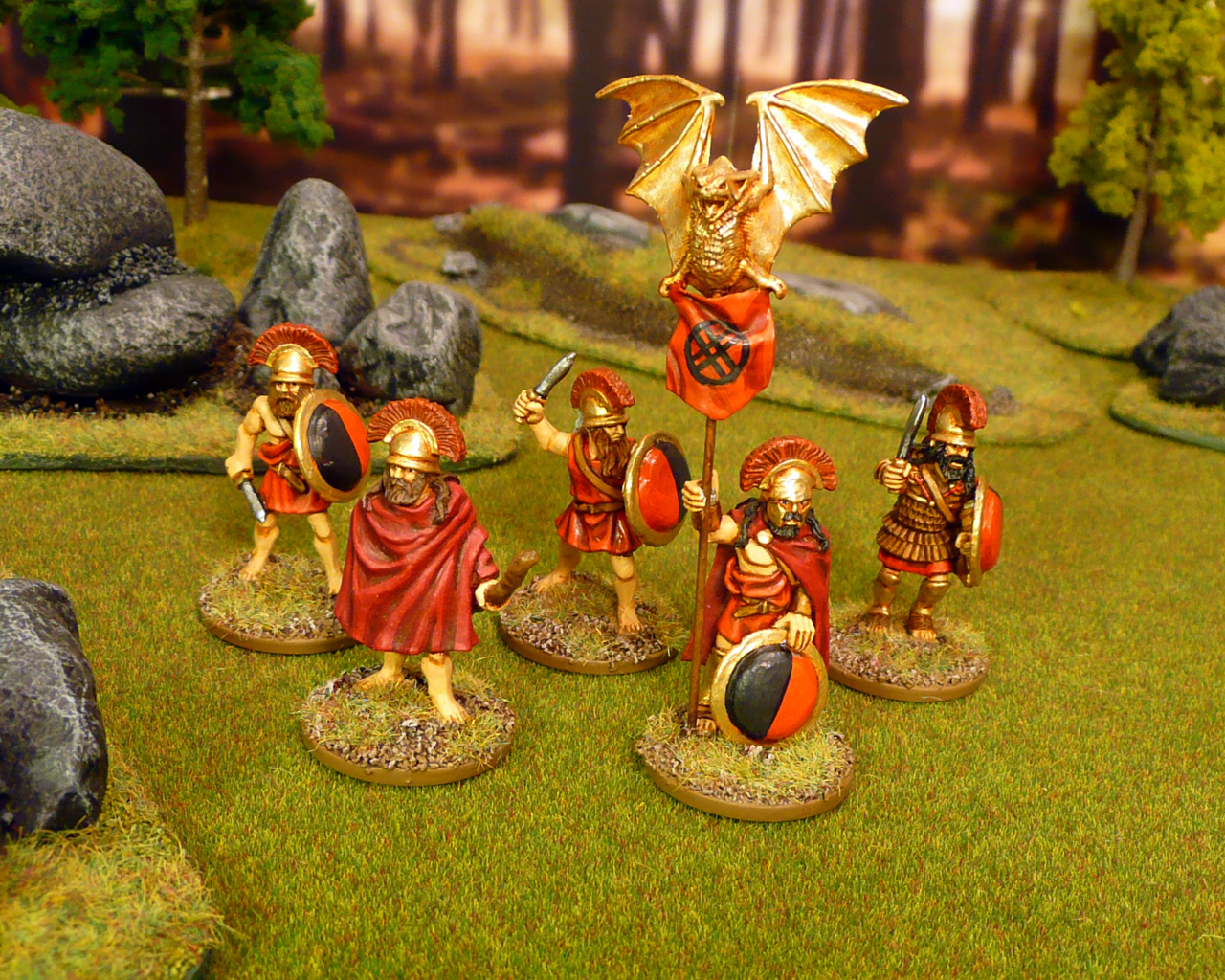 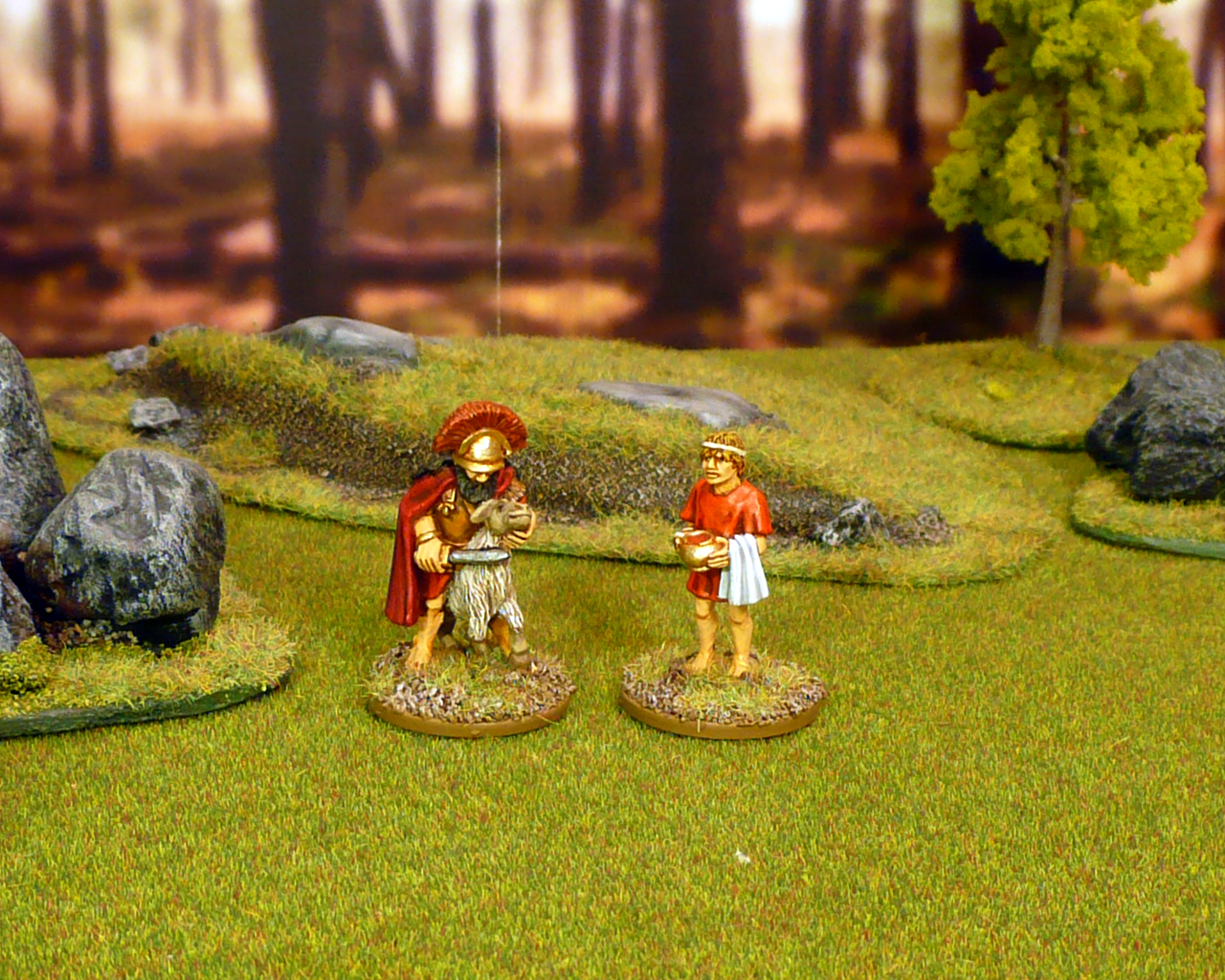 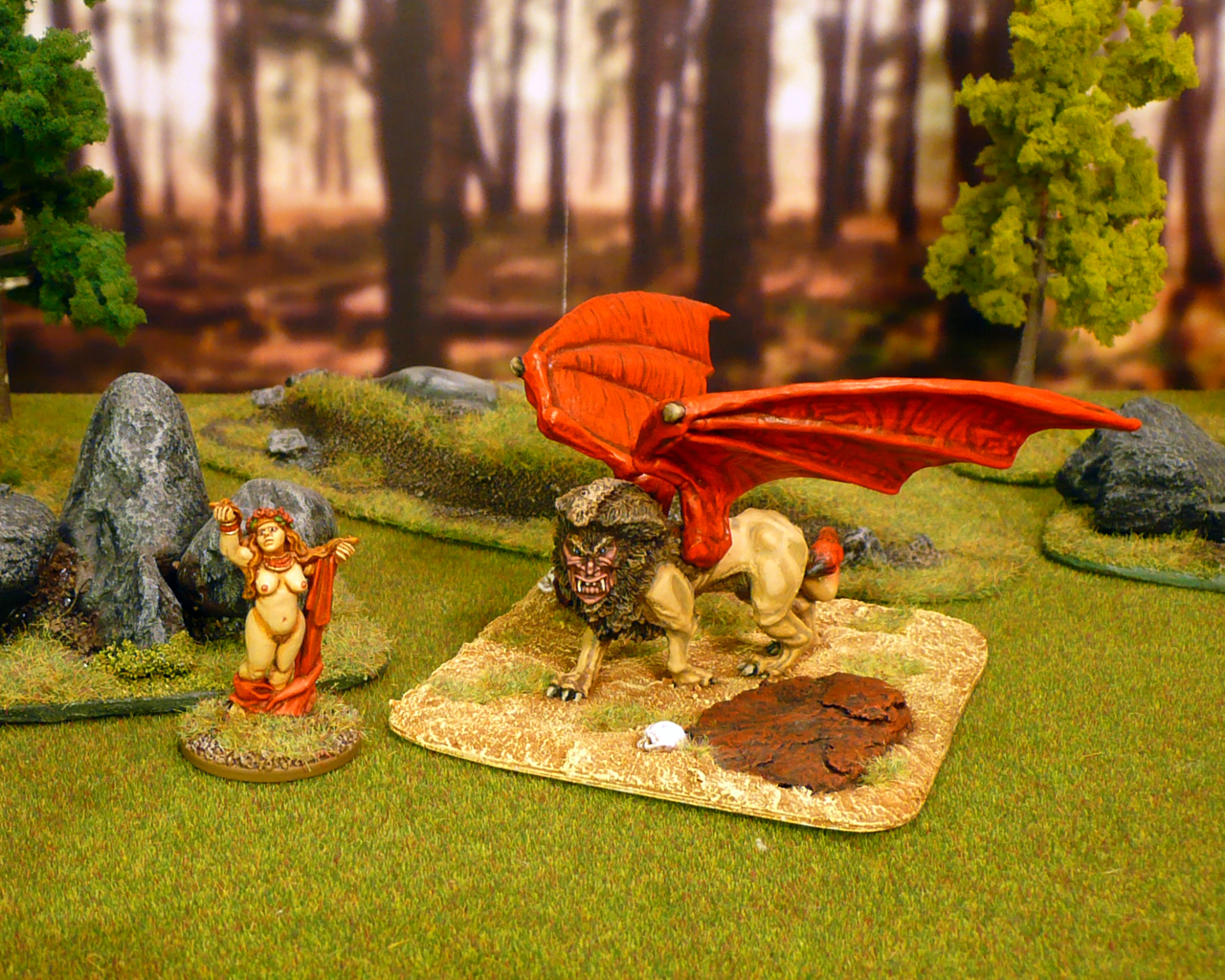