I recently re-discovered how to combine the miniature hobby with family life; I painted some lead with my wife! While she was working on some replacement models for Tales of the Arabian Nights, I finished up two models I’ve had half finished for ages.

First her work though. It’s six models from Mega Miniatures arabian range. Cheap and quite OK looking stuff, I purchased them a while ago to be used as replacements for the cardboard figures from Tales of the Arabian Nights. The game was received for christmas 2010 as a gift from my secret santa at Board Game Geek. My wife really likes it, it’s a pretty random and silly game – but it’s bloody good fun if you’re in the mood for some story reading rather than tactical or strategic decisions.

These are her first time painting metal models. Prior to this she’s only painted one plastic Blood Bowl mini (a second edition human player some six years ago) and a few robots from our RoboRally set. I’m well and truly impressed, especially with the tidy painting. Some practice doing highlights and drybrushing and she’ll be out-painting me in no time at all! Of the six, I did Aladdin on the far right and also finished the bases. The rest is all her work! 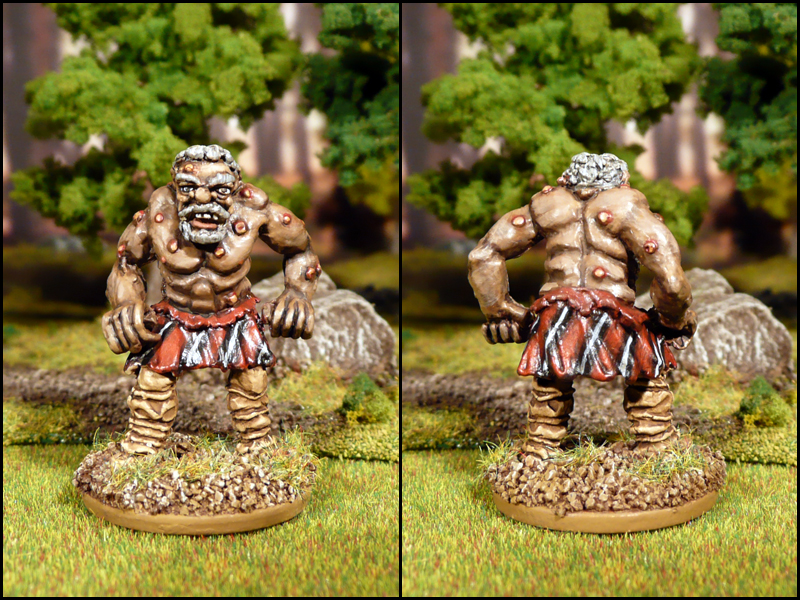 I myself toiled away with this old lump of lead. Consider this turd properly polished! Still don’t really know who produced it, but as I mentioned some months ago it was the first model I purchased. It is now made and sold by Magister Militum as a Wild Man with Warts. Pretty apt description. I’m pretty happy with how he turned out, considering the battered condition he was in. I emailed Magister Militum and asked if they knew who originally produced it, but all they could say was that they thought it might have been Standard Games.

This is actually the first miniature I’ve painted without any plan what so ever regarding actual use. I guess he’ll show up somewhere around Stillburg. Maybe as a giant mutant halfling… that’s a 25 mm wide base he’s on so he’s quite a big guy.

Speaking of halflings, I also finished a model I was supposed to use in my entry for Lead Painters League 5, round 10. That fell through due to work, but atleast this one miniature is now finished. 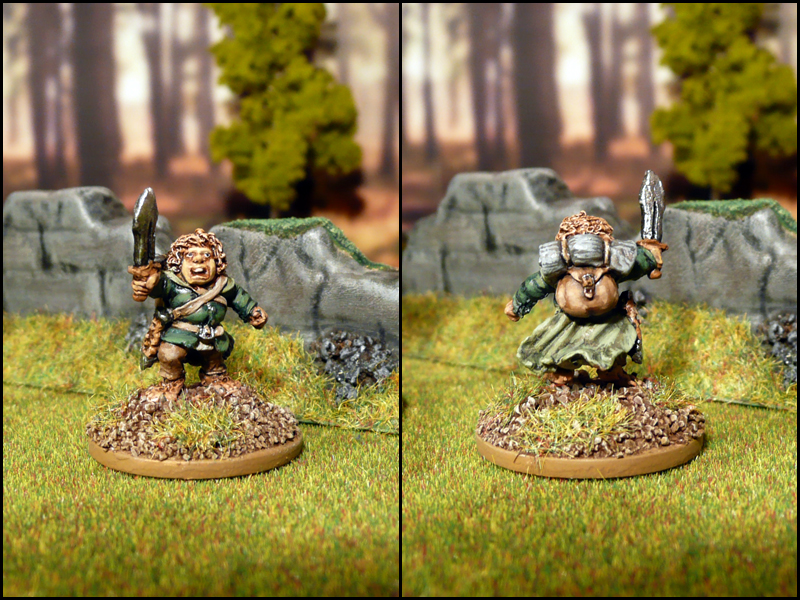 It’s Pippin from the 1985 Citadel set BME1 – The fellowship of the ring. A nice set of halflings, some daft humans, an over sized elf and a pretty good wizard. Was going to use Merry, Pippin, Gimli, Strider, Legolas and Boromir to re-create the battle at Amon Hen – complete with ruin and all. I also got a handfull of the old 80s Jes Goodwin Uruk-hai. They’re also a little painted so far… I’m re-focusing on Stillburg now, with the LPL out of the way and this guy is going to pop up in a scenario not too far away in the future. 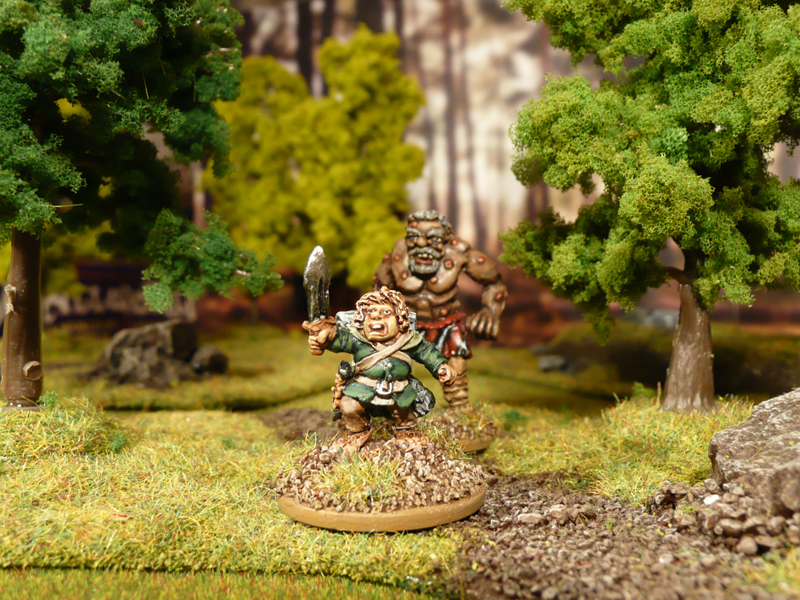 If you ask me, he looks more scared than anything else. He no want huggies! Coming up next; zombies?