Just realized I didn’t post any close up shot of the Mayor before he croaked in our first Stillburg scenario. Liked the mini too much to not showcase him in a post, so here he is. Since the photo was taken, I have touched up his beard and face with some highlights. Too lazy to get new photos taken though.

He’s a late 80s Citadel fighter from the Fighters/Dogs of War range. Got him from a terribly nice bloke at LAF named Skrapwelder. Not sure when the mini was released, but the earliest mention I’ve found is in the 1988 catalogue. Sculpted by Aly & Trish Morrison I can only assume this is the work of Aly as the ol’ mayor’s face looks quite allright. Most human minis by Trish look like Sloth from The Goonies.

Phoncible Boismann – Human Mayor. 44 pts. Q3+, C1. Leader, Shooter (Short).
Phoncible Boismann is the Mayor of Stillburg. Always looking out for himself, he’s the embodiment of an unscrupulous politician with his own agenda. Ofcourse, he’s trying to maintain an image of a caring all-father watching for ”his flock”. 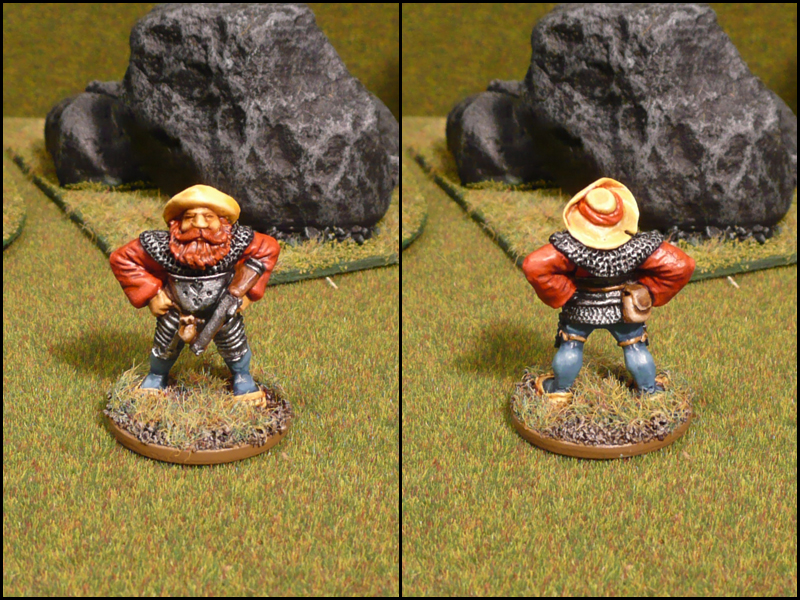 I’ve got more Morrison stuff for you though. Here are a few old Citadel Oriental Heroes ronin that I bought from fellow LAF:er LeadAsbestos. The three guys in the first picture were painted by him, and I decided to not strip them as they looked too good! After I rebased them, they blend in just fine with my own miniatures. 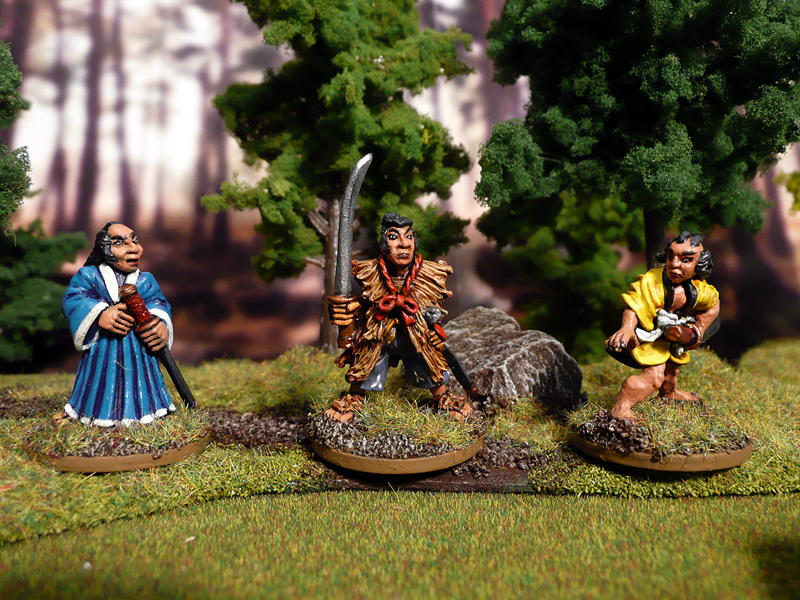 The guy in yellow clothing is a solid-base mini from the C05 range. The other two are from OH2 ADD Samurai (centre) and OH4 Ronin Renegades (left). In addition to these three I also purchased an OH5 Oriental Champion, but it’s not painted by LeadAsbestos but some random eBay seller who he in turn purchased it from. 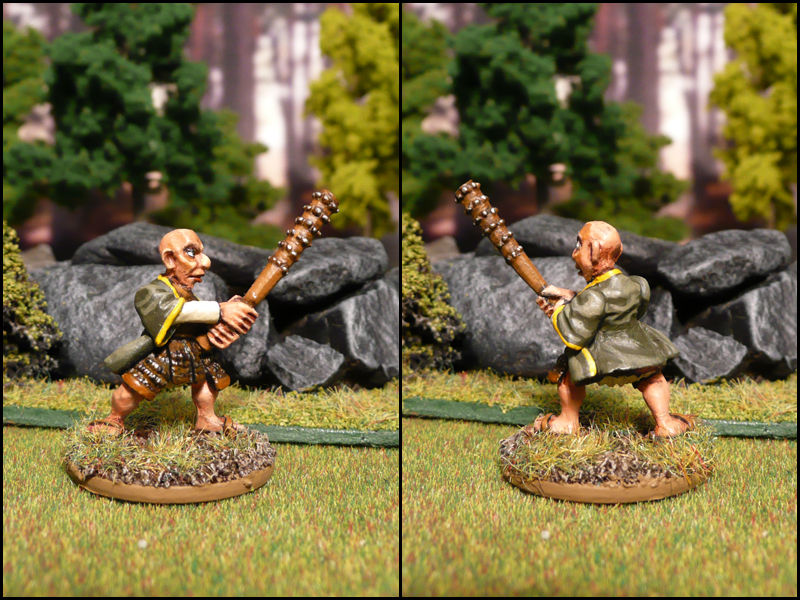 I’ve got a plan on how to use these in the Songs of Stillburg campaign but it’s still only in the draft stage. The bald headed fella is a fugitive from Nippon (egads, GW – you could’ve tried harder when you made your not-Japan fluff for Warhammer!). He carries with him some artifact, scroll or other magically potent trinket. The daimyo of his home province seeks this artifact for some dark, nefarious purpose. Thus three ronin have been sent after the fugitive across the world and the heroes of Stillburg will get caught inbetween. They can aid the fugitive in combat and if successful gain him as a (quite lethal) member of their warband. That won’t be easy though, as the ronin are deadly opponents.

Coming up next: I made more woods this weekend (some seen in the last two photos). Also, I’ve started painting the first female cast member of the Stillburg campaign!