Painted the first miniature in half a year a few weeks ago, and thought I should share. That’s what blogs are for, right? It’s a model for the Oldhammer forums annual legacy warband. This year the theme was space pirates, and the only colour restriction was to use turquoise as a splash colour somewhere.

As the deadline drew close, I opted out and figured I wouldn’t participate, but in the end I picked up one of the many primed but unpainted models kicking about in my cabinet. I quite like the model, even if it’s a chunky plastic one, and was a bit sad to send it off. Would’ve liked to keep it, really. The gritty chunks at his feet are remains of the original base I had mounted him on. I cleaned it up more before sending it off to Axiom, who’s organizing the whole thing, but forgot to take new photos. 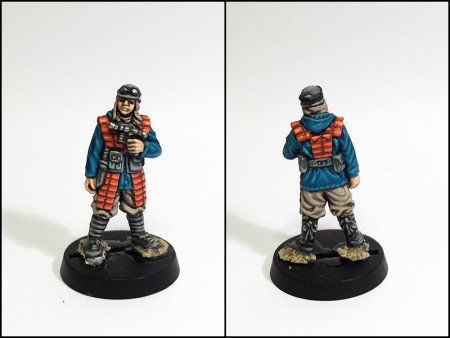 The model comes from Wizards of the Coast’s prepainted Star Wars miniatures range. It’s a Human Blaster-For-Hire from the Bounty Hunters set. I always felt he looked like he was from the budget end of the spectrum, as far as blasters-for-hire go. Maybe an unexperienced local kid, who is set up to try and collect his first bounty but instead of pushing on and getting blasted to smithereens (alas, poor Greedo) he changes sides and join forces with the heroes of the story, finding a purpose in fighting the good fight.

Here’s how the guy looked to begin with. Not very exciting, but a pretty servicable paint job. 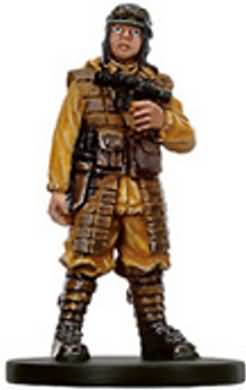 It’s been a while since I posted progress on my lizard Raizze models from Lancer Miniatures. I still think they’re a bit rough, but they’re still fun models and I recommend them to anyone! At just a little above a quid a pop they’re as much a bargain as you’ll get these days. Since last time, I’ve painted a few more. Here are the last two – a regular trooper and one with a support weapon of some sort. I think I have 6 or so to go for a full squad, plus another 5 or so for mercenary duties. Probably won’t post more on them until the full squad is done. 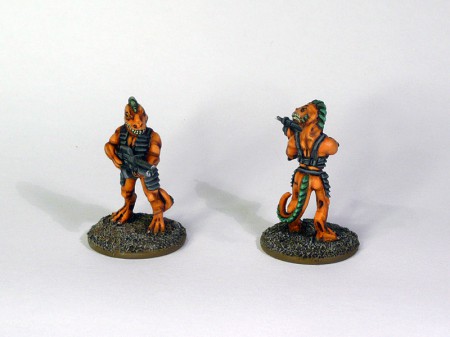 And to prove my point from a few posts ago, here’s a shot of the current Raizze force giving three charging war apes what for. 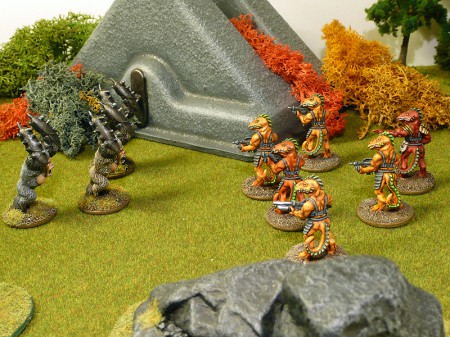 I finally managed to dislodge my thumb from my arse and got on with painting this dwarf for an online buddy with whom I traded painting service for lead. 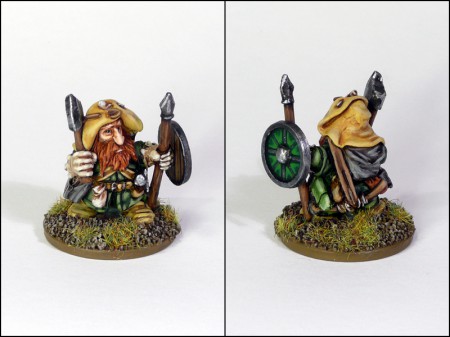 It’s yet another dwarf adventurer by the Perry brothers, so old vintage Citadel. I really struggled with getting started on this guy but once I got dug in it nearly painted itself. I must say I’m really happy with how it turned out and I’m a bit sad to see it go.

I said this would be my last commission piece I paint for someone, but I’m afraid I might get suckered in again with another possible offer of some desirable lead. Sheesh, I’m like a magpie with lead. Just can’t say no.

Here’s a photo of the guy above together with his mate, fighting off a few vicious tomb guardians. 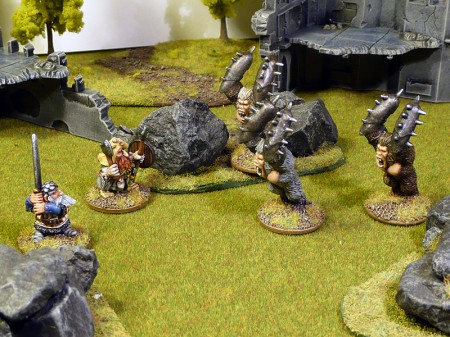 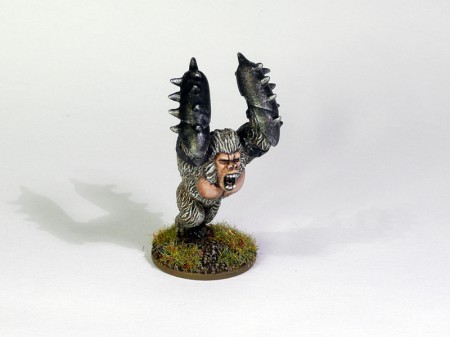 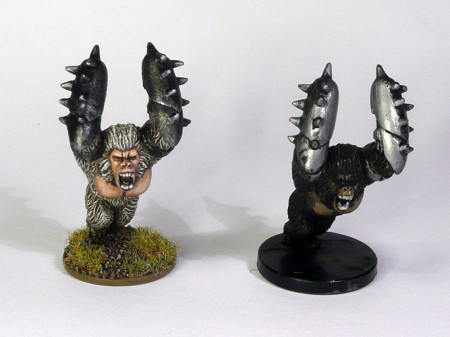 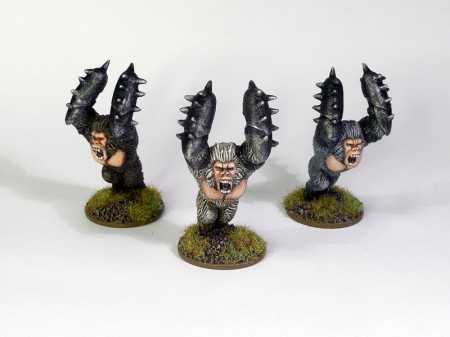 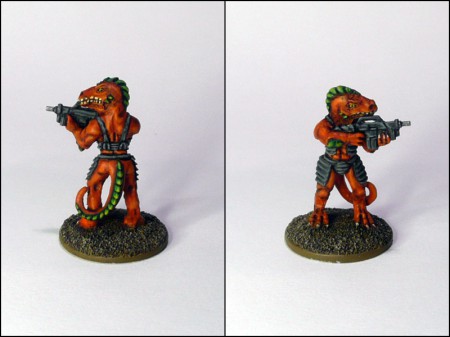