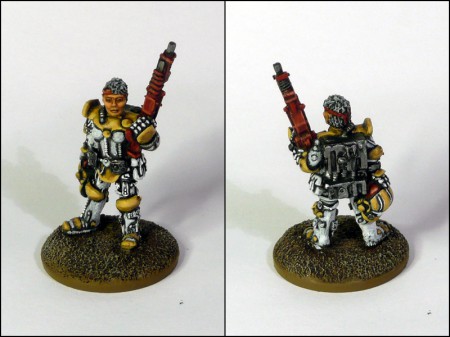 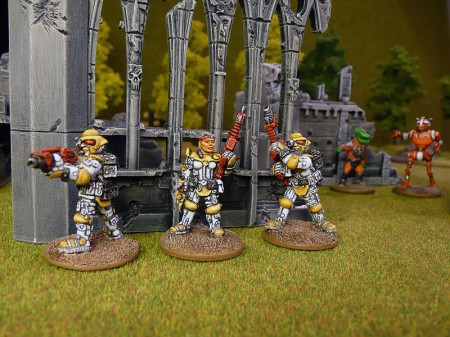 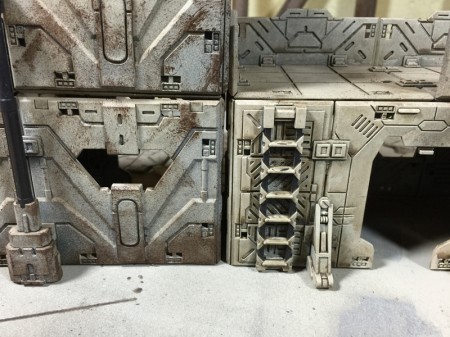 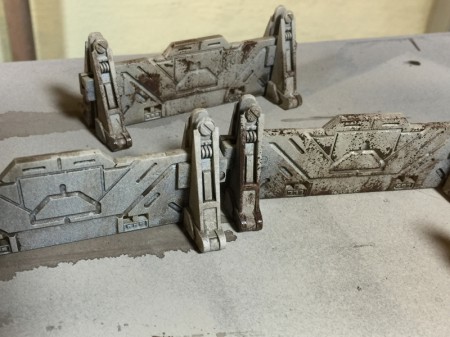 Another pair of Spacelords miniatures for today; battle brothers Karl Wagoner and Jonn’es Cuera. They were “born” into service of Lindgren-Bavaria, a major corporation specialized in genetics and clone breeding.

Shortly after earning their status as quondam (free men), they signed on for private servitude with captain Morley. Battle brothers are bred for warfare on any scale, from security details and special ops to platoon level skirmishes. The high production costs means they’re not used in large capacities, though it’s not unheard of for a company of battle brothers. They age at a highly accelerated rate, until young adulthood is reached. Through medication the aging process is then decelerated until battle brothers reach the physical status of later middle age. At that point they’re usually declared Quondam and expelled from active service. Most battle brothers don’t live to see this day. As a side effect of ending the treatment, aging is slowed to a crawl. Battle brothers who live to die by old age can easily live as long as regular, true born men. Unfortunately, more than half of that life time is spent as old men. 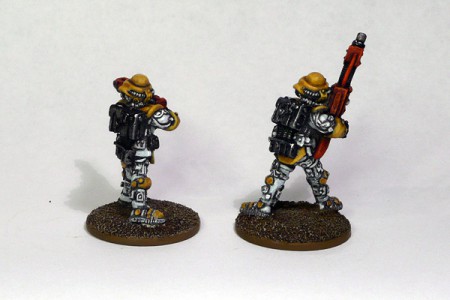 “And you’re sure we’re going the right way?”

The models are Josef Ochmann sculpts (as usual when it’s a matter of Metal Magic models) from the C3033 and C3034 Cybertech War-tech ranges. Unfortunately they’re currently unavailable for purchase but Doug over at EM-4 is working on it. See this thread on the LAF for further details.

For some reason I had an unusually hard time photographing these guys, so I hope the slightly crap photos doesn’t offend too much. 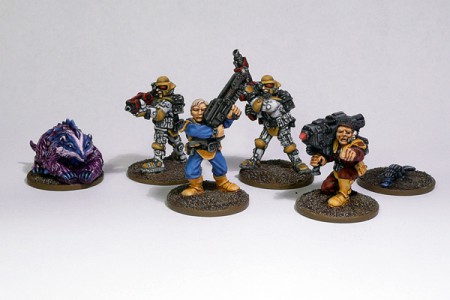 The crew of the Chaste Magpie. Too many misters, not enough sisters!

With these guys finished up, I just need to get one more model done to have a full Pulp Alley league for Captain Morley and his crew. I have several ideas for additions though. What small freighter would be complete without a resident civilian passenger, a doctor and a mechanic? Also, there are a few too many dicks on the dancefloor. That’s something we’ll have to remedy. 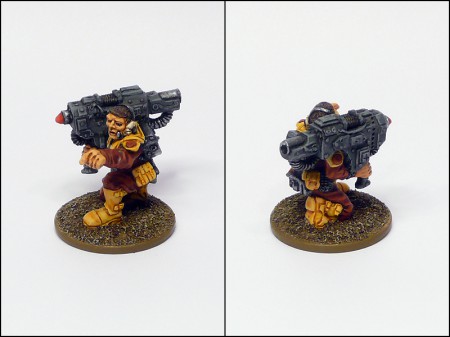