When I turned 40 (late September in 2015) I bought Imperial Assault as a present for myself. Only played once so far, but I have managed to paint up a few of the rebel heroes. Here’s a photo of them, that I planned to use in the Lead Painters League on LAF. I decided against participating though, as it’s just too much stress painting with a deadline. That stress also helped me finish these up, but I digress… 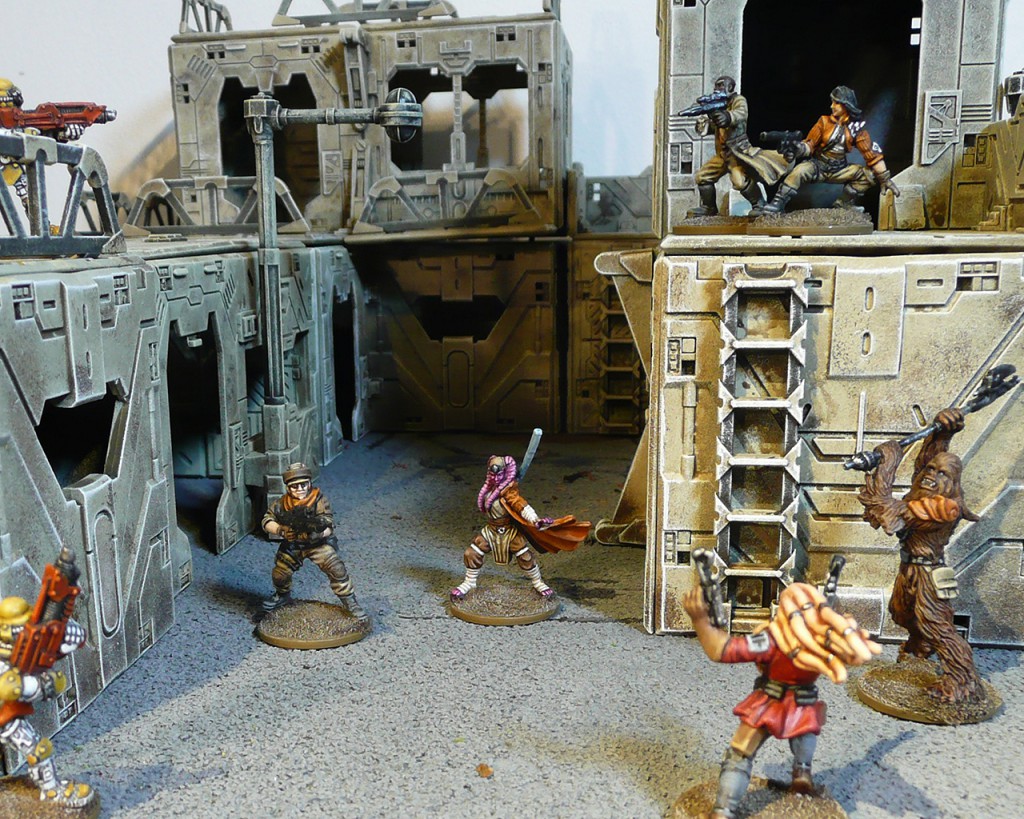 With the data tapes secured, Gideon Argus and company get their bad feelings confirmed as blaster fire rains down on them.

The aim was to stay true to the artwork on the cards (for quick identification), but with a reduced palette (for quick painting). It worked out pretty well. I also rebased them on the metal washers I use for all my miniatures, with the same simple basing scheme. If I ever want to mix them with models from other ranges, that won’t be a problem.

Fenn Signis. What a boring model. It doesn’t convey any air of space bad-ass at all. The design on the card is alright, but the sculpt is terribly dull. 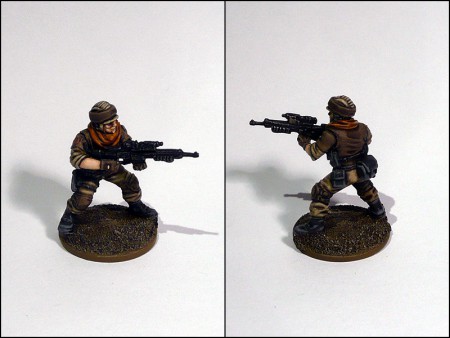 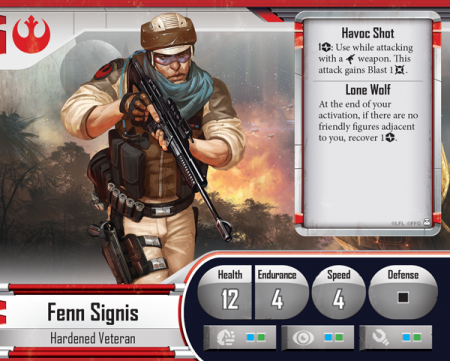 Jyn Odan. I like this model more. It’s a bit of a goofy stance, but at least there’s some character to the model. It reminds me a bit of Judge Dredd sky-surfers. 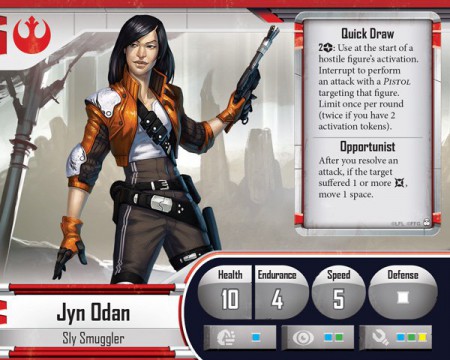 Gaarkhan. Yawn. The prequels sort of ruined wookiees (amongst other things) and the design of this guy suffers from it. It was fun painting wookiee feet though… I used an old Citadel Brown Wash, so he’s rather shiney. Soul-glo? 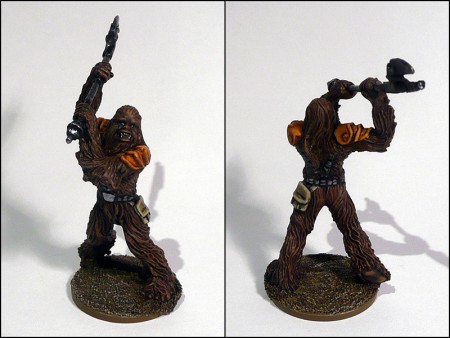 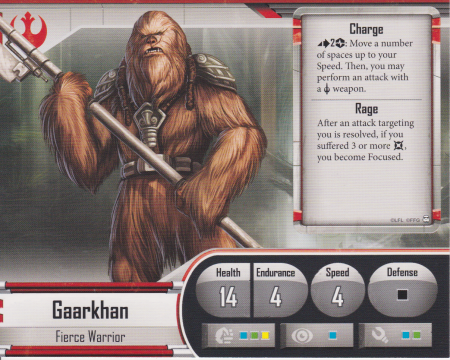 Diala Passil. I’m a Star Wars nerd who doesn’t like Jedi knights. How about that? As with wookiees, the prequels ruined the whole Jedi thing with the simple approach to “Jedi school”. Still, I like this model. I realize Twi’leks don’t have segmented tentacles, but I couldn’t be arsed painting the wrappings… so there. 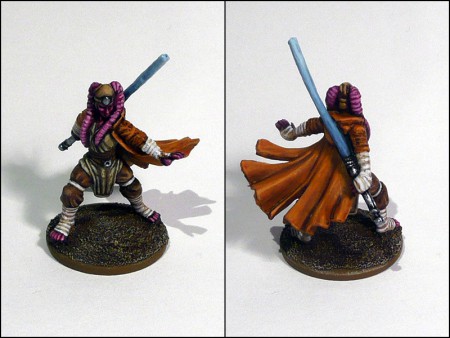 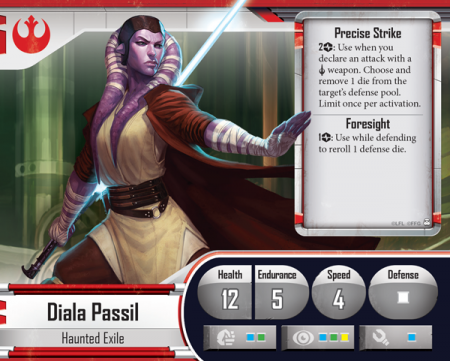 Gideon Argus. Without a doubt my favourite model in the box. THIS guy is a proper bad-ass. Grizzled old veteran who looks very capable in an understated way. It’s my first attempt at dark skin, as far as I can remember (not counting orcs, orange alien lizards and their ilk). Was a bit of a challenge to be honest. The sculpt is a bit unbalance maybe, but it’s a dynamic and fun model. Anything with a flowing cape will get marked up by me! Also, this model is probably what could be best used to represent a mini-me with a much pastier skin tone and a pair of glasses. 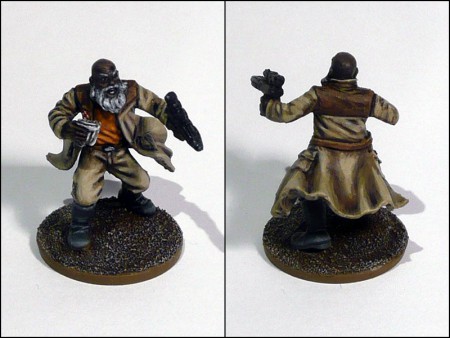 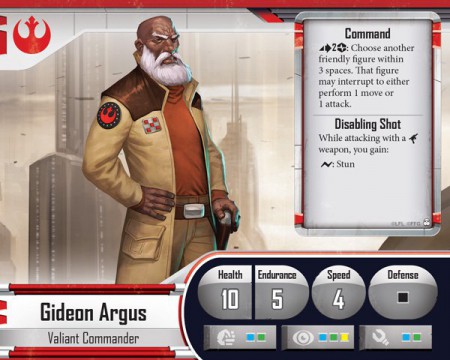 That’s five out of the six available rebel heroes available in the base game. I’ll paint the remaining guy together with look, when I buy a booster pack with a few more characters. Now I’ll get on with painting up the imperial models that I can’t proxy with pre-painted WotC Star Wars minis. Hopefully I’ll be able to round up a few warm bodies to sit through the campaign this summer but it’s not the first time I entertain such hopes in vain. 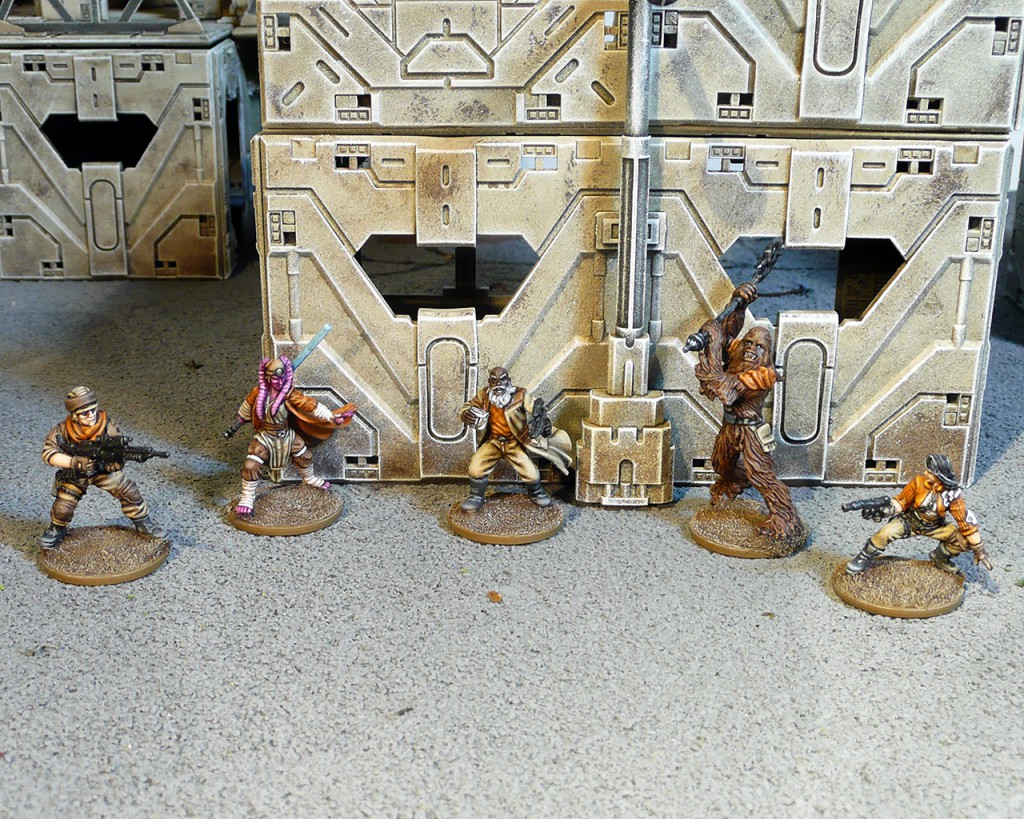