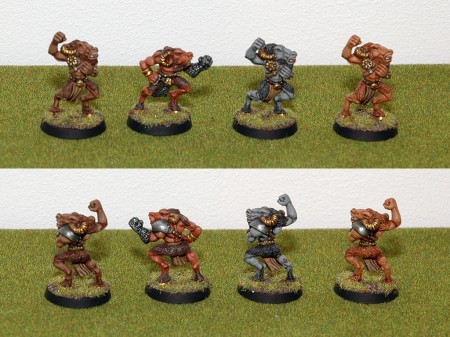 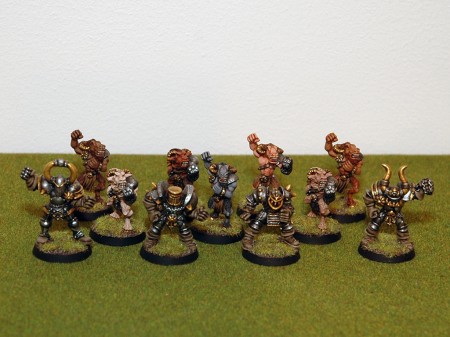 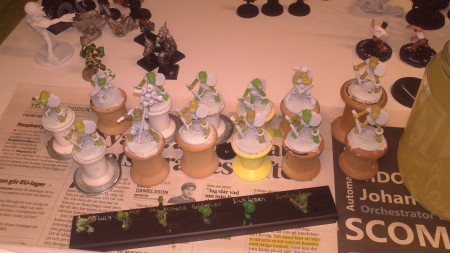 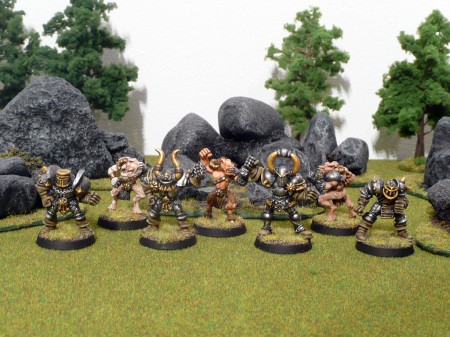 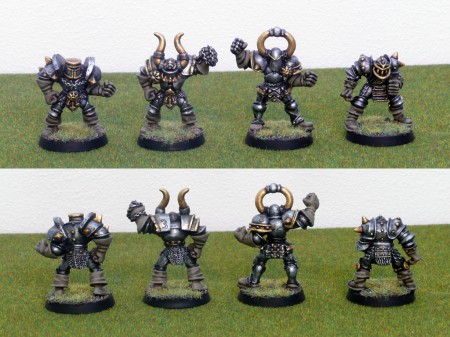 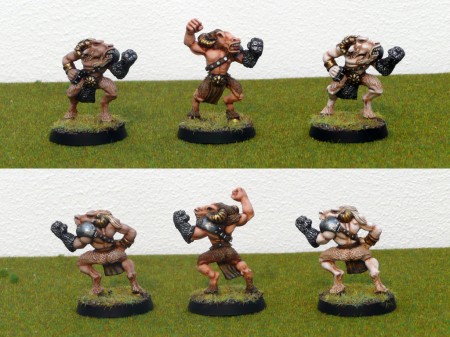 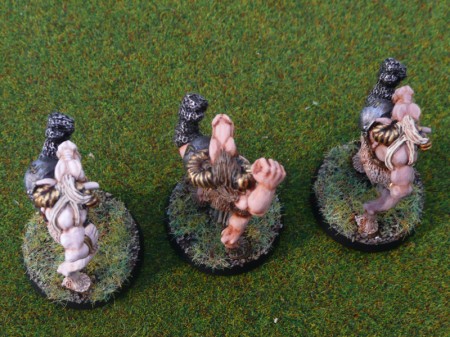 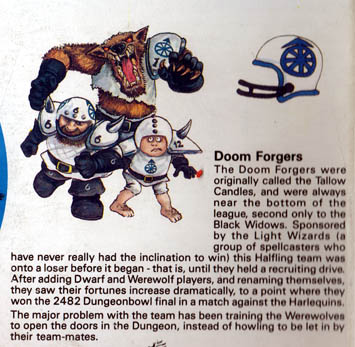 This week I only got one miniature; the minstrel from the old Talisman range of models. Didn’t bother photographing it, as that seemed a bit much (or little, depending on your perspective on it and life in general).

Instead, I’ve got some random old Blood Bowl models I painted up years ago. First out, a third edition skaven gutter runner. 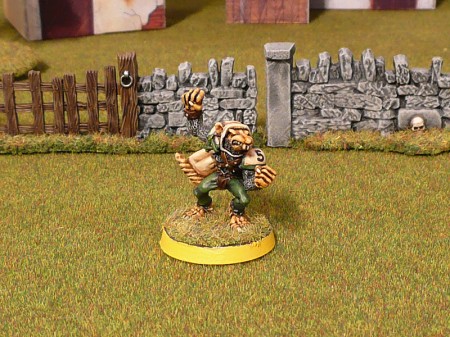 I did this in the early 2000s, as a test for the team colour scheme. Still pretty content with how he looks. The bright yellow base ring is a remnant from my 2nd edition days where player positions were indicated by base colour. Yellow is for catchers. Most modern day players hate colour coded bases. I still like it, but will do the colour coding less blatant on my future Blood Bowl players. I have no more models from the 3rd edition skaven team (sold them off in my mid 2000s lead purge), so he’ll languish in solitude forever.

Next, some pretty special models. The left one is a regular issue 2nd edition Chaos Player #2. To the right is one of Tom Anders’ Chaos Cup specials, which were resculpts and/or recasts (in the most legit sense of the word) of the Chaos All Stars team Phil Lewis did back in the days. 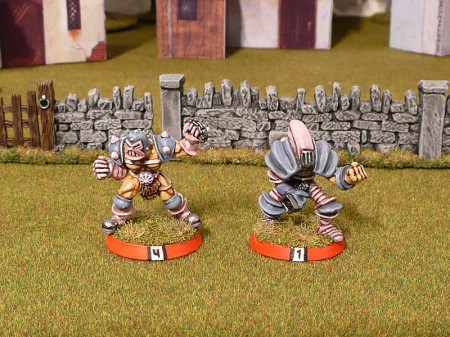 I’m using these both as blitzers in a “counts as” human team. I’ve got all the Chaos Cup figs as well as some nice 2nd edition chaos and human models. I’ll have to rebase these, but will try to stick to the paint scheme for the rest of the team. Hopefully I’ll be able to do them “soon”.

Finally, a little off-pitch token for those Get The Ref results! A 2nd edition dwarf referee. 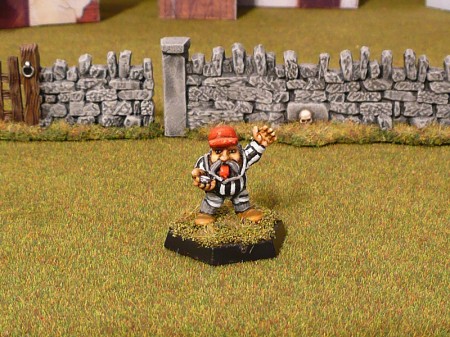 In 2nd edition Blood Bowl, there were actually rules for an on-pitch referee moving at random and requiring line of sight to spot fouls and other tomfoolery. That went out the window with lots of other cool stuff when the much improved (but less flavourful) 3rd edition was released. I never use this model for anything, but I do quite like it. Painted sometime around 2006 or so.

That’s it for this time. The LPL is proceeding as planned, though I’m losing the current round (with only a few votes!). I’ve had a rough time painting recently so not much work done. Still plugging away on the team for round 5. Will have to do a replacement team for round 4, it seems. The current lead tally is 27 painted – 109 acquired = -82.