I’ve been longing to do science fiction gaming for a long time… a long, long time. However, I haven’t been able to decide on what type of scifi I’m after. I’m equally attracted to Star Wars style swashbuckling, Star Trek-like away team in 60s tv-show action, hard scifi “future modern” warfare, Warhammer 40K space fantasy and Mutant Chronicles mega corporation mercenary fighting. About the only scifi gaming genres I’m not keen on is spaceship combat, really. 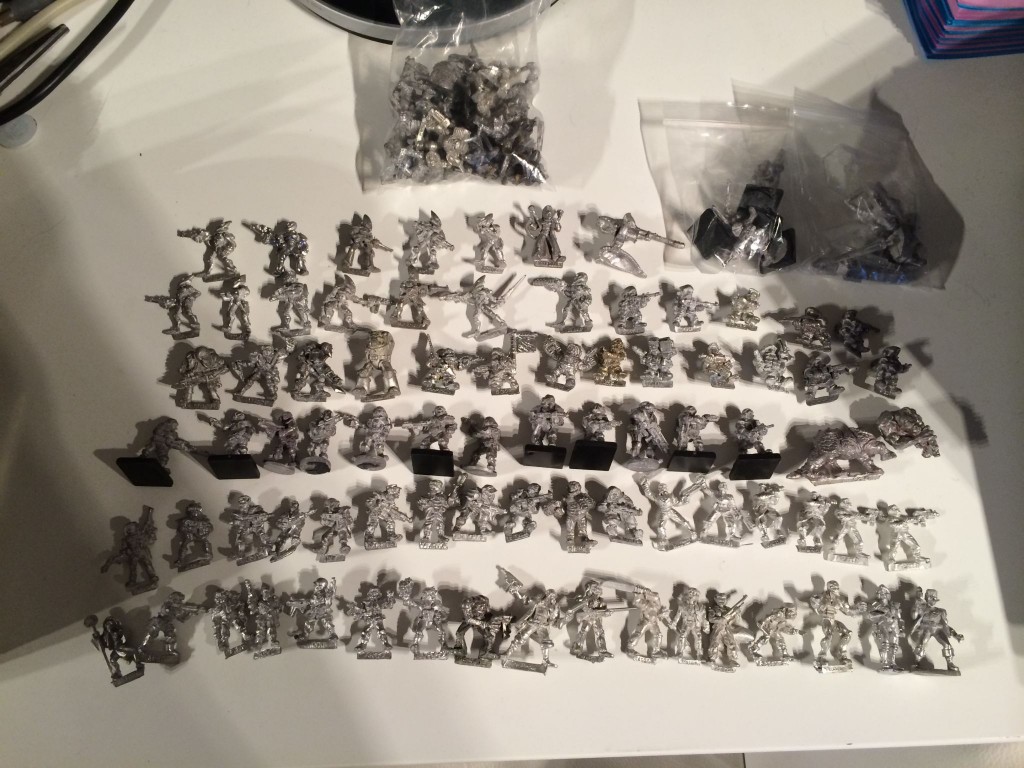 The stuff I’m hoping to be painting for the next little while (ie few years). In the bags are a bunch of the earliest Orks (and in the small bag a few Battleclones from Spacelords). It’s a nice mix of old and new.

So, after some introspective soul-searching I came to the conclusion that I want mostly 40K. Mostly. No Dark Eldar, no Necron, no Tau. No “only war” stuff. In the grim darkness of my future, there is some war – but mostly every-day business, wheelings and dealings, schemes and plots. So the main conflict of Emperor vs Chaos must go. Come to think of it, so must the space marines. “WHAT?!” I hear you say. Yeah, no space marine chapters such as they are in 40K. No emperor and no heresy. In fact, no Horus either. Screw all that! I’ll have power armoured elite troopers (ie space marines), some will be organized in chapters (but no Blood Angels, Space Wolves or Ultramarines). I’ll pick a few chapters I think are cool (that means, chapters which colour schemes I like the look of – I don’t know enough background fluff). Those are in, the rest are out. Never existed. Or maybe they did, aeons ago. It’s not really important. 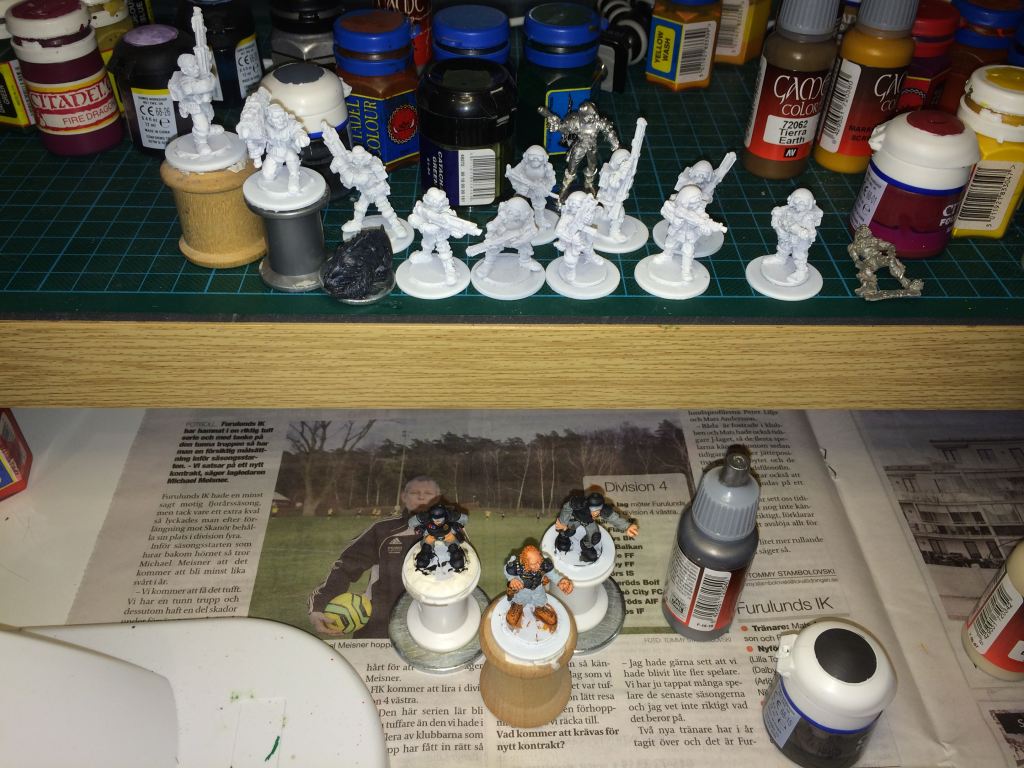 What I’m aiming for is adventure gaming with the pathetic aesthetics ever present. Main focus will be on 28mm skirmishes using 10-30 miniatures, mainly older sci-fi stuff such as the initial releases for Rogue Trader (up to and including some early 90s stuff), Hobby Products fantastic Space Lords range and Alternative Armies very nice (and old but rechristened) Ion Age range. It has Bob Olley sculpts! I’m not sure what rule system to use here either. Most likely something a bit more accessible than Rogue Trader, such as Savage Worlds Showdown or Pulp Alley.

Here are a few sources of inspiration that I’m drawing heavily from:

Hunters 2 for the iPad and iPhone. Even though you only see a top down view, both troopers and environments are hugely inspiring to me for some reason. 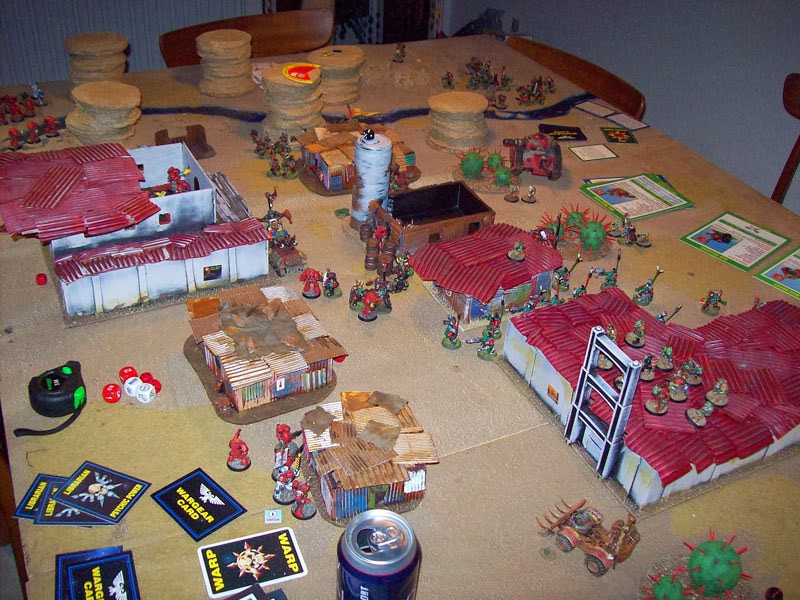 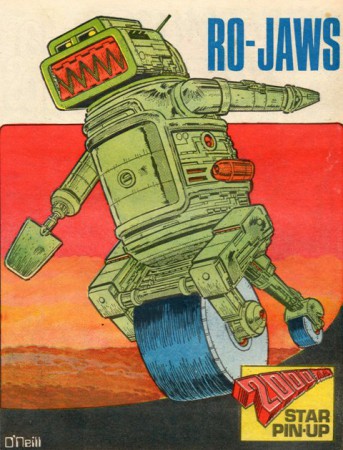 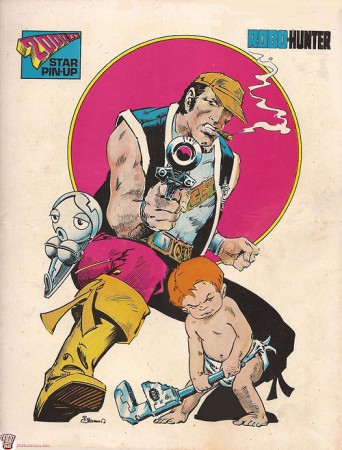 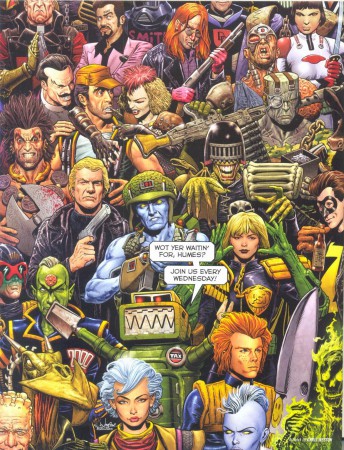 Seriously… 2000AD! Almost anything will fit nicely into “my” universe. Strontium dogs, rogue troopers and robo-hunters sound exactly like the type of thing I want. Judges, not so much. It’s too recognizeable (though that could be argued about Johnny Alpha too) and contained within it’s own story. I’ll nab some ideas about mutants, the cursed earth and the dark humour from Dredd though.

And here are a few things I’m avoiding completely: 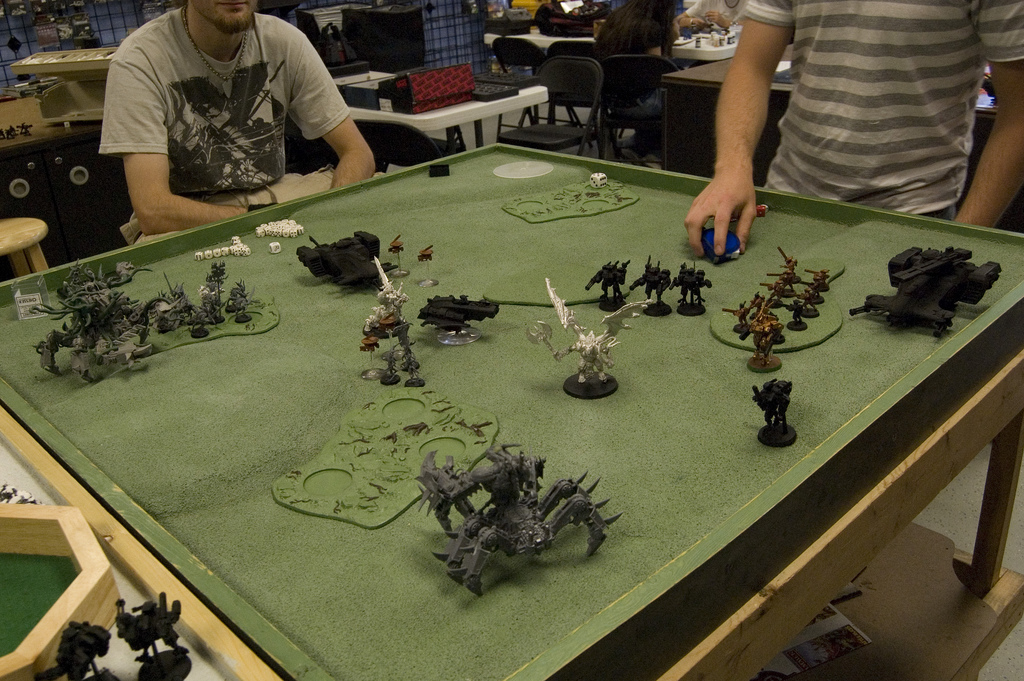 Boring, stupid 40K. This is the image taken from the English wikipedia article on 40K. I shitte thee notte! Marvel at the colourful scenery and well painted miniatures! 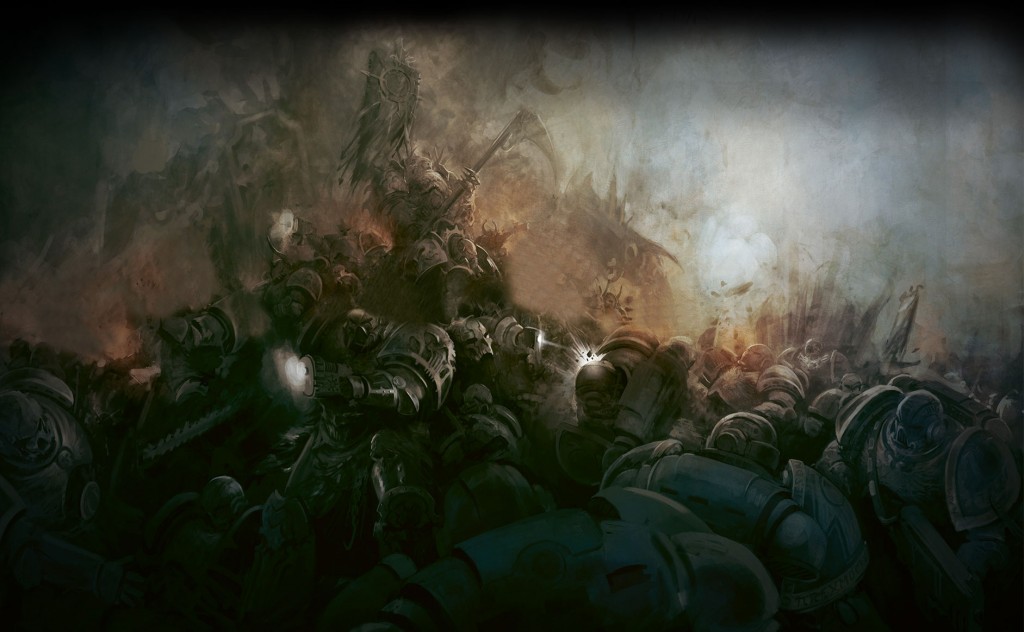 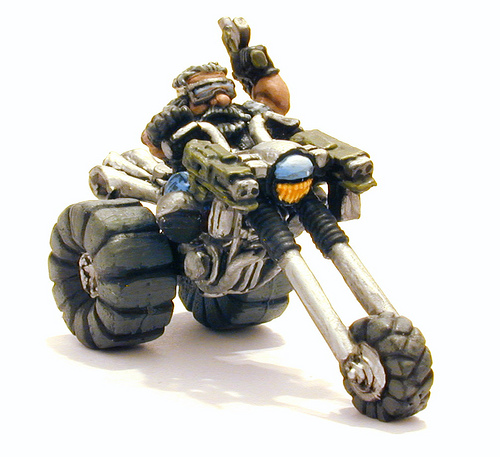 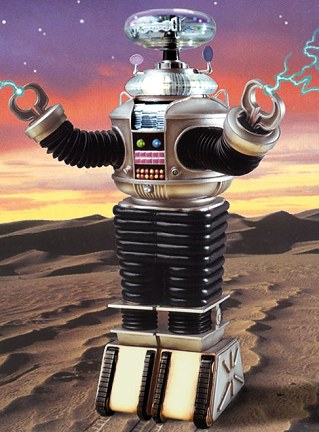 Arm-flailing retro robots of the 50’s futuuuuure. No thanks. You guys are fun in other contexts. 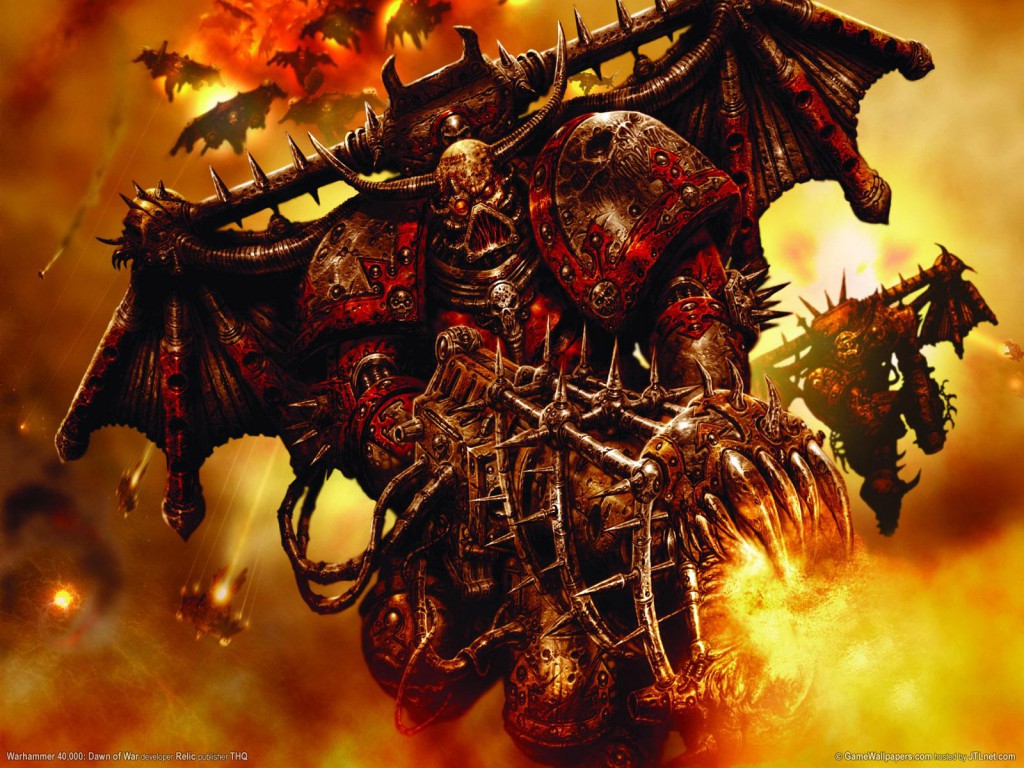 Chaos Space Marines as such. They’re just too big, too bad and too obvious. Not really fun bad-guys. There’s something about this image though… something about the over-the-top daftness is alluring. If I end up using chaos marines, I’ll make sure to not take them seriously! How could anyone take these guys seriously though? Their flamers have “pointy tiff”!

Next, something properly painted on this blog – for the first time this year! You jokers in the back muttering “for the first time ever, more like” – don’t think I don’t hear you! Also a more detailed campaign background, to prime my poor uneducated friends who couldn’t tell the difference between a hormagant and a carnifex. Noobs.