Vintage Citadel models of the 80s are often costly and it can be hard to find the particular models you need to finish a regiment or special project. A wonderful thing then, that many then-contemporary miniatures from other companies are still in production – and often quite cheap!

Several of the old Citadel sculptors did work for other companies around the same time and they are usually highly compatible with the corresponding ranges from Citadel. Some of these ranges are still in production today, and I decided to do a list of what can be had and where. So, let’s have at it. It’s loosely based on my list of cheap metal miniatures over on Lead Adventure Forums. but I’ve organized the lists by sculptor.

First out is Bob Olley. One of my favourites, but not as dear to others. He has been very prolific during the years, and this is not a full coverage of what he have done or even what’s available now. That being said, I did spend the better part of a saturday putting this together!

Mega Miniatures
This is probably my favourite lead vendor of today. Unfortunately they’ve sold off their fantastic Julie Guthrie Grenadier range (beautiful minis, albeit a tad small) but they’ve kept the best part: close to  a complete Metal Magic/Hobby Products Fantasy range as it was when they closed shop in the mid 90s. Most of the range is sculpted by Josef Ochmann, with some models by Michael Immig (of White Dwarf fame). While none of them have a connection to Citadel, the models work perfectly scale wise with 80s Citadel and the style is close to Aly Morrison or Perry’s early Empire fighters.

For the discerning Citadel affecionado the item of interest here is a dwarf range by Bob Olley (originally by Metal Magic). They match the Iron Claw dwarves both in size and style.

It also includes a few war machines, but those molds were sold by Mega a year or two ago. More on that further down the list. The price per dwarf is $2, and a package deal is offered with all 24 different sculpts for the very decent asking price of $40! Add to that the fact Mega charges a flat rate of $7 for shipping, regardless of order size or destination in the world. In addition they’re both fast and friendly; and in my experience the casts are excellent quality!

In addition to the dwarves, there are a few centaurs also by Olley. Nowhere near as nice as the dwarves, but still pretty neat models and it’s hard to find cheaper metal centaurs that look as good. I’ve bought a few to use as chaos centaurs.

Finally we have two variants of beastmen; one based on boars and the other on rams. I don’t own any of these myself yet so can’t comment on how well they compare to the 80s beastmen Olley did. 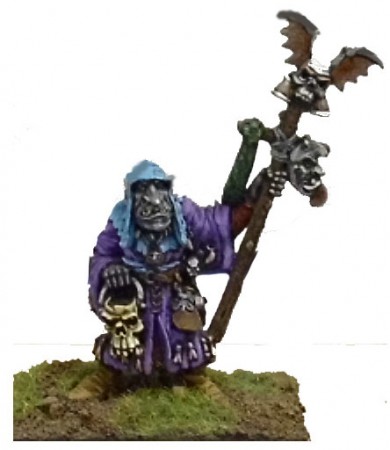 Apart from Olley’s ogres and orcs, there are various other intersting tidbits. Some rather bland looking elves and dwarves, but also a few highly attractive hooded cultists at £7 for a set of 5 different sculpts. No idea who sculpted those though!

Ral Partha Europe
A plethora! And I’m not kidding either. Bob did chaos marauders, dwarves, goblins (very nice too!), plenty of ogres and trolls. He also did some harpies that would mix very well with his trio of Citadel harpies but unfortunately they seem to be long OOP. As with Reaper, they are a bit expensive but when buying packs the price is about £1.50 – £2.50 for an infantry model. Some of the trolls are rather cheap with some costing less than £3, and the goblin chariot is priced just right at £13 for a chariot drawn by two wolves and sporting four rather spiffing crew.

Reaper
Reaper have a lot of Olley sculpts, but as with most of Reapers models they’re more RPG minis than unit filling wargaming models of a uniform cut. There are a few lovely beasties and demons though, and also dirt cheap orcs in Bones plastic. As always with Olley, there’s also a good selection of dwarves. Some rather imperial looking dwarves, and some miners. Unfortunately, Reaper aren’t exactly cheap.

Armorcast
Armorcast purchased some of the old Metal Magic molds from Mega Miniatures a few years ago. I’ve ordered from them and must say I wasn’t impressed with the casts compared to those I got from Mega. Still, they have some key models in the Chaotic Dwarf range as well as the two artillery pieces Bob did for Metal Magic.

Olley have done a lot more work, of course – but nothing that I felt was worth covering in detail here. In particular give his work for Essex a miss. Bobblehead-a-bonanza! For a rather comprehensive catalogue of his work, go check out the Collecting Olley wiki.

That’s it for now. Next time, I’ll do something a bit shorter. Like a double feature on Mark Copplestone and Jes Goodwin. After that I’ll tackle the insanely productive (and itchy footed) Kev Adams. Let me know if there’s any other sculptor who did work on the side similar to what they did for Citadel.

On the painting front I can say things are moving forward, albeit slowly. I’ve finished the four chaos warriors for my vanilla chaos Blood Bowl team. Currently working on three beastmen. So that’s six finished models so far in 2013.