I had a plan for 2012 and I sort of stuck to it. It really helped to motivate me from time to time, and as I’m not in the habit of making new year resolutions I can do my share of hollow promises here instead. My main focus will be cleaning up old backlogs. Seeing how the hobby time so far have been very scarce, I’m not sure I’ll be able to finish as many models this year as last.

In order for me to not over-plan, I’ll settle for the top five projects. Here they are, listed in order of priority.

Painting for others
I’ve got two dwarfs to paint for Adam (binmann) in exchange for models, and one angel to paint as a birthday present to someone before easter.
Models to do: 3. 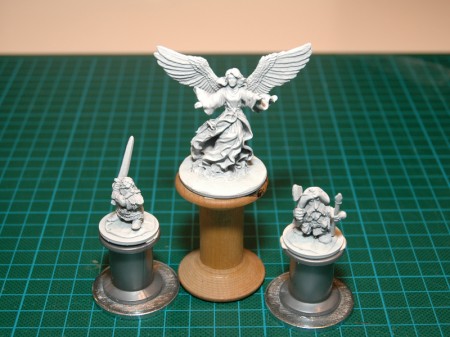 Finishing the Doom Forgers
Two halflings and a werewolf are primed. Once they are done, I’ll never again paint a 2nd edition metal Blood Bowl dwarf. I’ll have the Blood Axes commissioned or something. I’ll do a few of the Dungeon Bowl plastics though, to flesh out the Doom Forgers with dwarf linemen thus being able to use the team as a pure dwarf team.
Models to do: 5+ 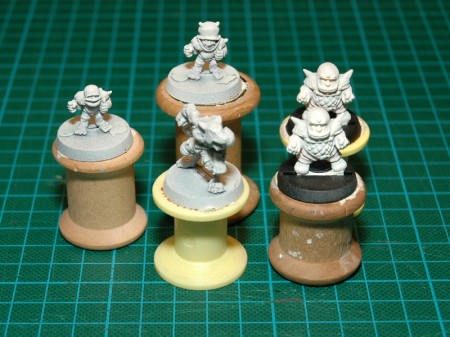 Stillburg FINISHED?
Yes, you read that right. I’ll get all minis currently scheduled for the Stillburg campaign finished during the year. I’m a bit bummed out that we didn’t manage to play a single game this last year, so will need some encouragment. Should be near impossible to NOT finish it considering how little there’s actually left to do.
Models to do: 14. 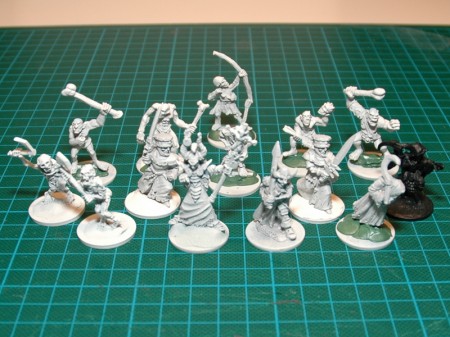 Cleaning up the wolves
There are four more Blue Moon wolves to do, just waiting for me all primed and good to go. I’ll try to speed paint them in an evening. Let’s see how that works out for me. Heh…
Models to do: 4 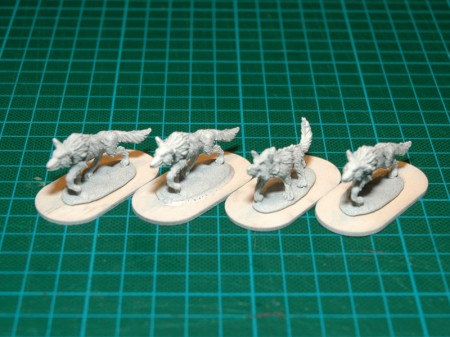 A chaos team for Blood Bowl
I’ve got the better part of a Chaos team primed and ready to paint. With a simple paint job it should be a quick affair to paint them up. Probably the one project I actually need to play games with (as I don’t really fancy my old plastic orcs).
Models to do: 11+. 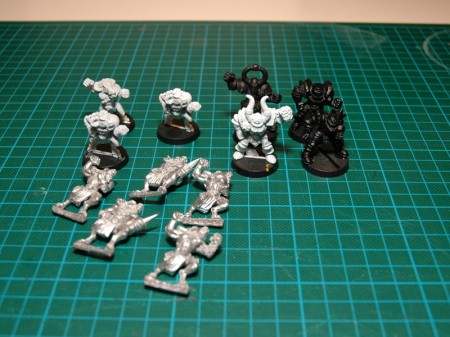 That’s 37 in total. Should be plenty of wiggle room for whims and comissions. My over-all goal is still to paint at least one model per week. I’m definitely lagging behind on that one!

In addition to all these, I have in no special order: HOTT Dwarves army, another Dungeon Bowl team, an LPL entry that fizzled last year, Dungeon Decor, Olley vs Olley goblins and animals, bases of snotlings, bases of bats, that damned Fighting Fantasy ogre/giant, and finally a gazillion Reaper Bones models. Crap. And that’s not taking into account all the stuff I want to do but haven’t really scheduled or planned. For instance, I would love to finish the Nightmare Legion I have half done by doing Stillburg. Also, it would be really cool to paint up a small tribe of orcs from my rather vast collection of orcs. Not to mention all the terrain I could use, most importantly river sections but also more obstacles and small ruins.

One more thing – I won’t do a tally like I did last year. It’s a bit pointless with all the Bones coming in March and I’ve grown tired of seeing all my “This week I mostly have been getting…” posts. I’ll just sum up models when they’re painted and done.