This model is a Citadel Talisman pilgrim, sculpted by Aly Morrison. One of my (many) sub-collections is metal Talisman models. I painted him for the LPL in march this year and have posted a group shot with him before. 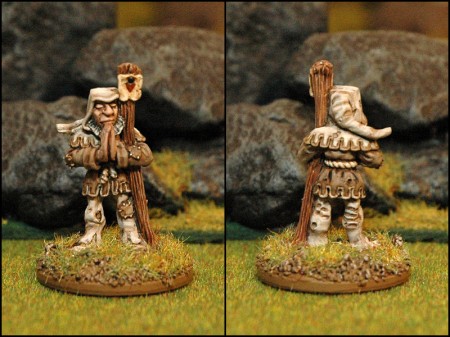 Tarandor – Human Pilgrim (45 pts)
Quality 4+, Combat 3. Cleric.
As a young boy, Tarandor set out on his pilgrimage for the shrine of Gadd. In all those years his faith never faltered. Not until he, as an old man, reached the ruins of the once splendid shrine. During his life-long travels the old gods have lost most of their followers and not many even remember Gadd. He now lives with the monks in the last remaining priory of Gadd, just outside of Stillburg.

Tarandor is yet another character whom can be enlisted in the heroes’ aid. To do so, they will have to rescue him from the following hairy situation: 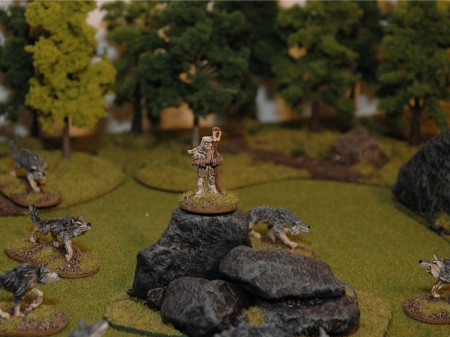 Tarandor, praying for the wolves to be poor climbers.

6 Responses to “Tarandor the pilgrim”