I’ve finally finished up this little warband of chaotic barbarians, sculpted by Jes Goodwin for Asgard in the mid 80s and released as a box set called “Barbarian Personalities“. They are now being manufactured and sold by Alternative Armies and are quite a bargain. The ogre is another Goodwin sculpt, from Citadel’s C23 range. The astute reader will remember when I posted about receiving these guys. I’m very happy to have them finished the same year I got them! They were all painted by Paul “v2” Sanderson, and a great job he did! I can not recommend the man enough. Fast, well painted, very communicative and all round top bloke! I finished the bases and took the photos, but that’s about all I did. 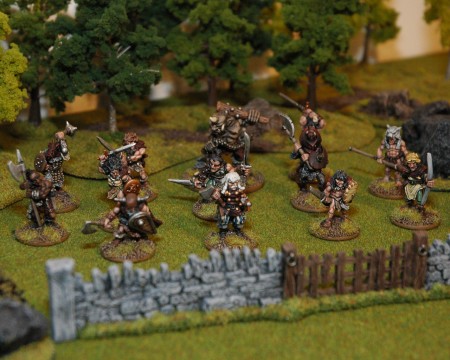 Here’s the roster for the whole happy gang! I’ve used their names as given by Asgard, and tried to make all models individual stats wise. It’ll be a challenging warband to play, due to them being all different. 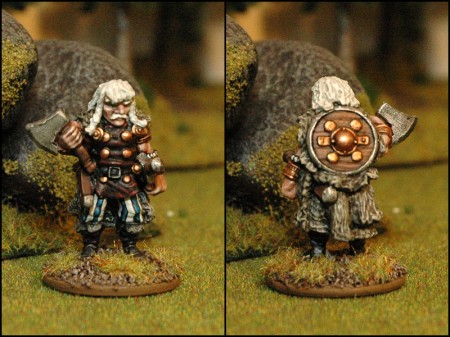 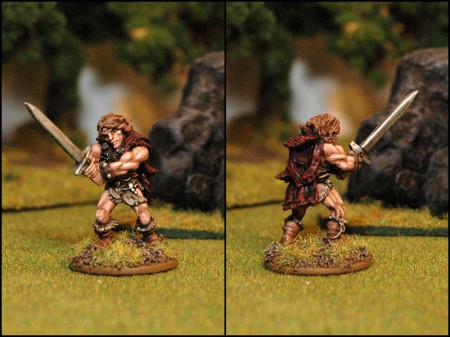 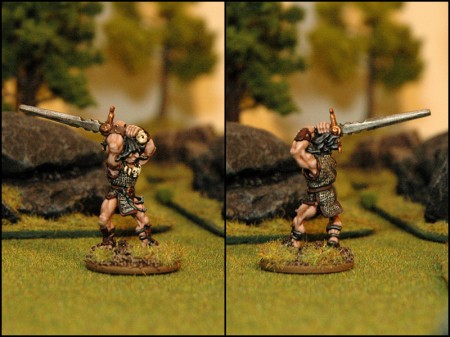 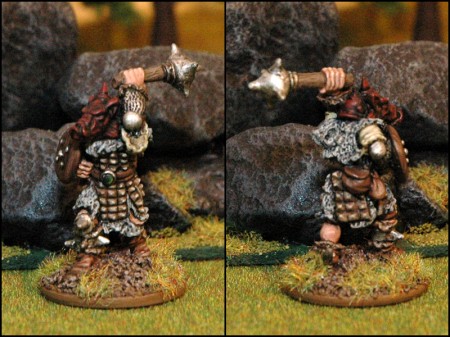 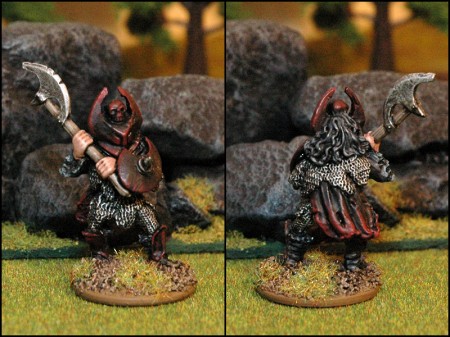 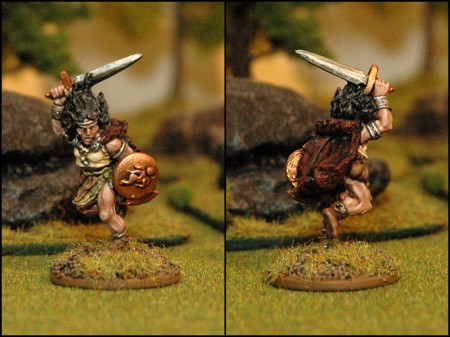 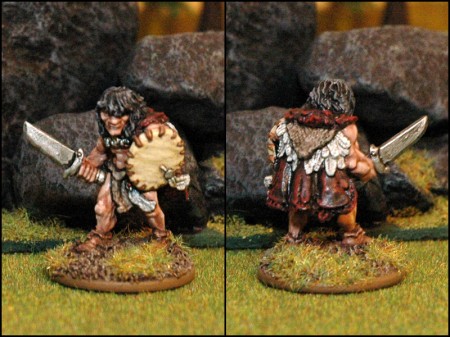 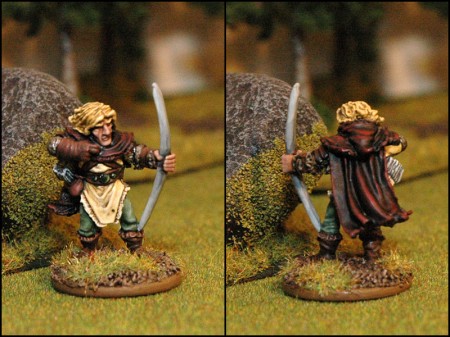 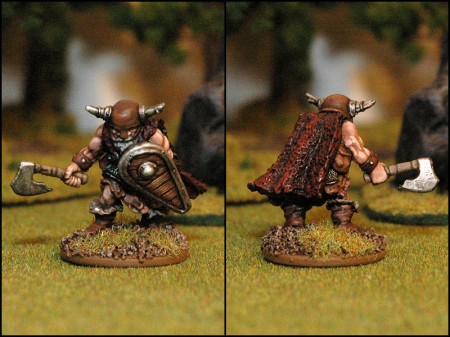 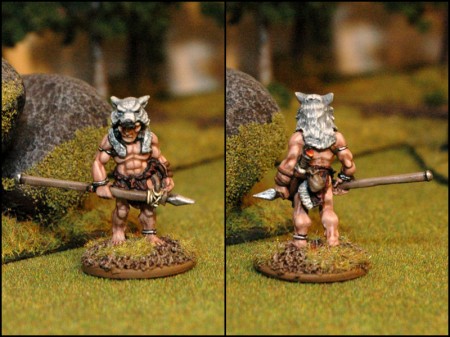 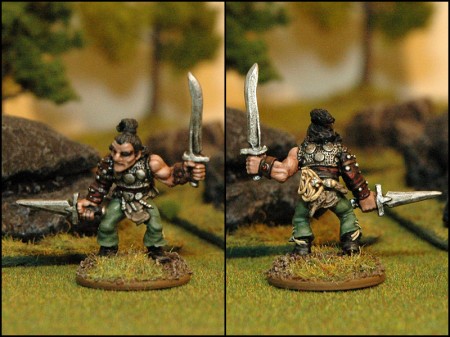 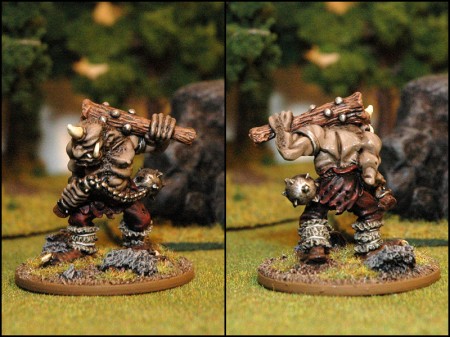 Once again I feel the need to apologize for my photos. I still haven’t gotten to grips with the new camera, and struggle with both lighting and focus. Oh well, in time I think they’ll shape up.

These guys really help my annual total, which is now 84 painted – 254 acquired = -170! I did receive a few snotlings the other day (cheers Ti!), but I’m not including them in the annual total as they’re crew for the pump wagon which is in itself one model only. I also traded some snotlings away, so I guess it all evens out.