I did a rather comprehensive and detailed plan for my hobby activities for 2012 in January. What good is a plan if it’s not reviewed and re-evaluated? That time is now! Unfortunately I don’t have much in the way of new photos to illustrate my progress. Would be too much of a rehash from the LPL recap.

Songs of Stillburg
For Stillburg I had several goals for 2012: 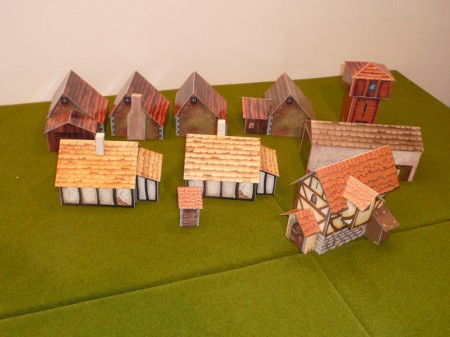 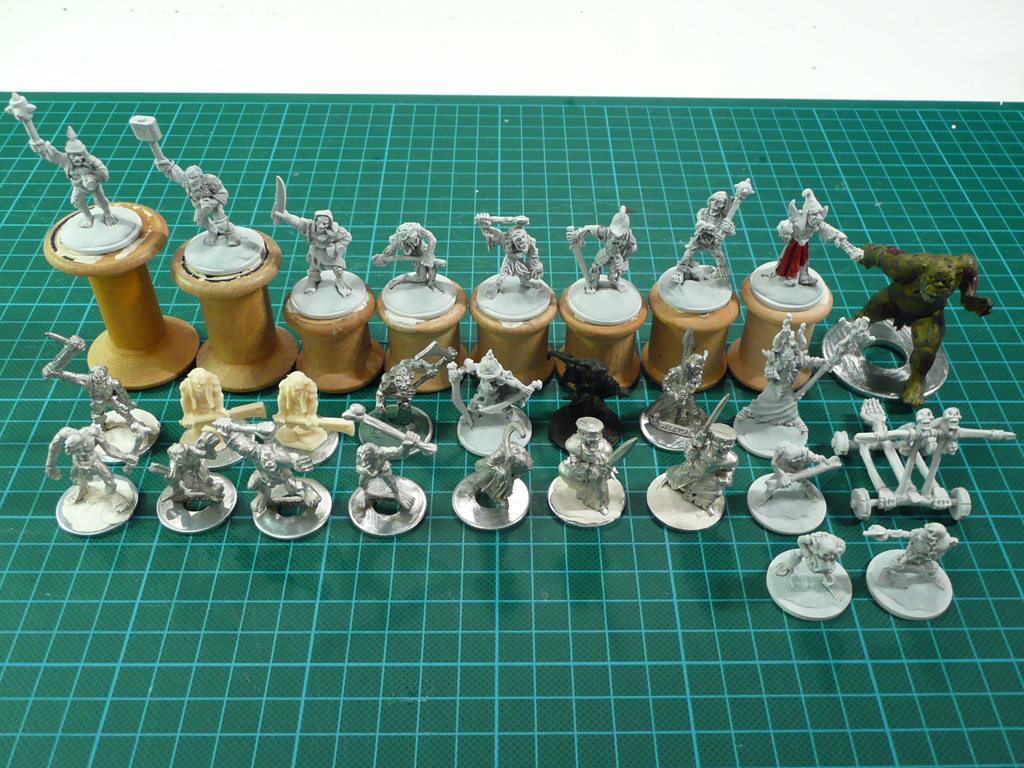 So, of 29 scheduled minis in this project, I’ve painted 19 and have 10 to go. All the minis needed for scenario 4 are done, and most for scenario 5 and 6 too!

I haven’t started on the scratchbuilt wizard’s tower for scenario 6. No problem there, it’s more in the scope of 2013 or 2014 to play scenario 6. Same goes for the dungeon tiles (but will need those for Dungeon Bowl real soon like).

In addition to the undead above, I’ve finished painting several (5 out of 7) of the ally models I have planned for the heroes!

Re-basing painted miniatures I’ve purchased
No rebasing done yet, and I even have a few more minis to rebase now (painted by LeadAsbestos). I have touched up the civilian models I need for scenario 4 in Stillburg, and have them and several others mounted on proper bases waiting for gravel, paint and flock.

Dungeon Bowl
No progress made on the dungeon tiles for this, but will have to fix them up rather soon as I hope to play some Dungeon Bowl next week when a friend visits.

I’ve finished roughly half the Doom Forgers team, while all other teams are still bare uncleaned metal. The collecting of the teams is going quite well and I’ve even started compiling a few extra team lists for the races not included in the original 2nd edition Dungeon Bowl teams (chaos, chaos dwarfs, wood elves, high elves, amazons, norse, nurgle, vampire, necromantic and khemri).

Star Wars
Nothing happening here, but I’ve tried a rule set (Brink of Battle, from Robert “Faust23” Faust) that I think will work quite well for regular troopers. The project is definitely on hold, but can be whipped out at any time as I have the rules, the miniatures (prepainted plastics) and everything else needed. I lack properly Star Warsey terrain, but could well do some forest planet with my fantasy stuff.

Olley vs Olley
Haven’t found a single goblin for this project, apart from the three I had allready done. Have mounted and primed a bunch of the animals though, and they’re moving up the painting queue in order for my total tally this year to even out (-ish…). Stay tuned!

Dungeon Crawl
No progress here… though I did get Ganesha’s “Tales of Blades and Heroes”, which seems to be a pretty decent fit for a dungeon crawl.

HOTT / Songs of Armies and Hordes
Also on hold, though I’m hoping to paint some more tiny dwarfs for exactly the same tally related reasons as stated above.

Mutants and Death Ray Guns or Post Apoc in general
Nothing yet. Don’t hold your breath! =)

Regiments of Renown
The champion from Mordini’s have been painted and I’ve stripped a few other models (Grom’s pre-slotta guard, Redemptionists and Knights of the flame command). Not much else happening.

Larger playing surface
Nothing yet, but I did get samples from Zuzzy. Liked them, but they were very flimsy and would require support on my table as it’s 100×200 cm. I would like the playing area to be 120×180.

A miniature a week!
Proceeding rather nicely on this! It’s week 31 as I type this, and I’ve got 51 models painted so far.

Going forward then…
So, the new priority list looks like this:
1. Sort out a few dungeon tiles for Dungeon Bowl
2. Finish scenario 4 for Stillburg and play the damned thing!
3. Base up allready painted miniatures.
4. Get the Doom Forgers DB team finished.
5. Get another starting team done for Dungeon Bowl.
6. Paint lots of tiny little guys to bolster my annual total!

I’ve scrapped the Star Wars project from my priority list for now. I’m also putting my plans for 15mm post apoc on hold, as it involves getting new lead and I’m trying my absolute hardest to not get more lead than necessary. Then again, I’ve got two or three new projects on my road map:

Plastic WHFB3
I’ve owned a set of 16 plastic dwarf warriors since the mid 90s. Tried to sell them several times, but it never panned out. Not even for a quid. I tried GIVING them away. No dice… So, I succumbed and started painting them recently. One thing led to another, and now I have a rough plan on how to set up a few 1000-ish points of forces for WHFB 3rd edition, based properly on slottas and all. I’m sticking to solid cast plastics as far as I can. It’s a slow burner, but if I get some more dwarves from Paul over at sho3box they’ll get bumped up the priority list.

Olley-only chaos warband for SBH
I’ll post a full description of this any day now, I’ve got all the models (and then some) and need to decide on whether I want to paint them myself or ship them off to have them painted for me. It’s a mix of old Metal Magic, Citadel and Ral Partha with a sprinkling of Olley’s Armies trolls (huge!). I really want to do them myself, but at the same time it’s a bit of a daunting project and having them sent off for a commission would be a good way of getting them finished quickly.

SBH map based campaign fun
Not much painting involved in this, I’ve already have most of what I need painted and would only have to complement with a few pieces here and there. Inspired by the campaign over at Chicago Skirmish Wargamers’ blog. Biggest problem is to get an engine up for the map parts and then to find mates to play it with.