I thought I’d do a slightly more detailed coverage of the next four zombies I paint. I decided I’d take a picture either after a session or every 30 minutes during longer painting sessions. Usually, I don’t even paint for 30 minutes in a go, but today I had a few hours to myself and spent two of them to paint a little. 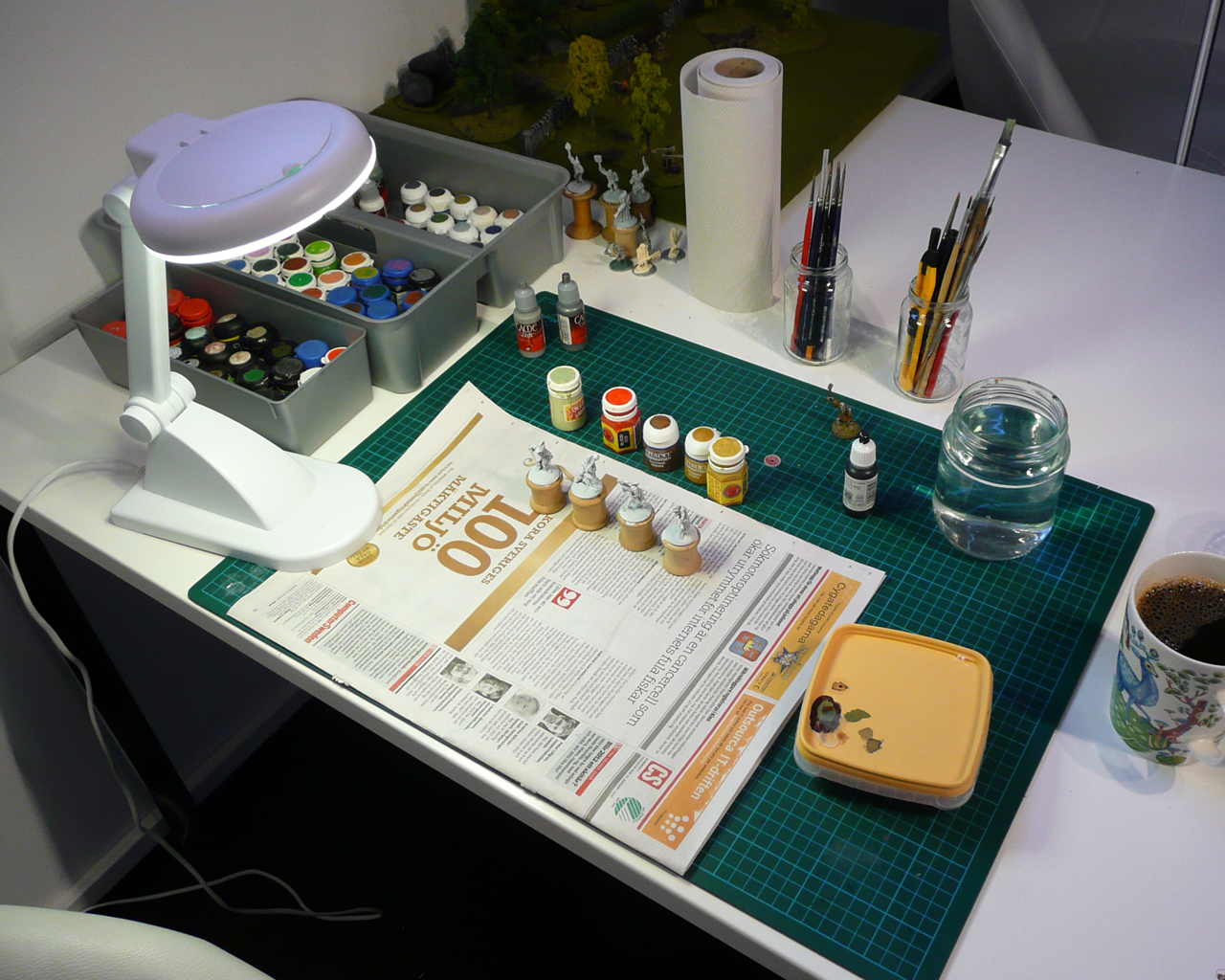 First I cleaned up my work place a bit, and rummaged through the paints to pick out what I thought I might need for the session. Some clean water, a fresh wet palette (with the lid on, so you can’t really see it) and a cup of coffee. I’m good to go!

After about 30 minutes of doing black and blood red, the four zombies looked like this. 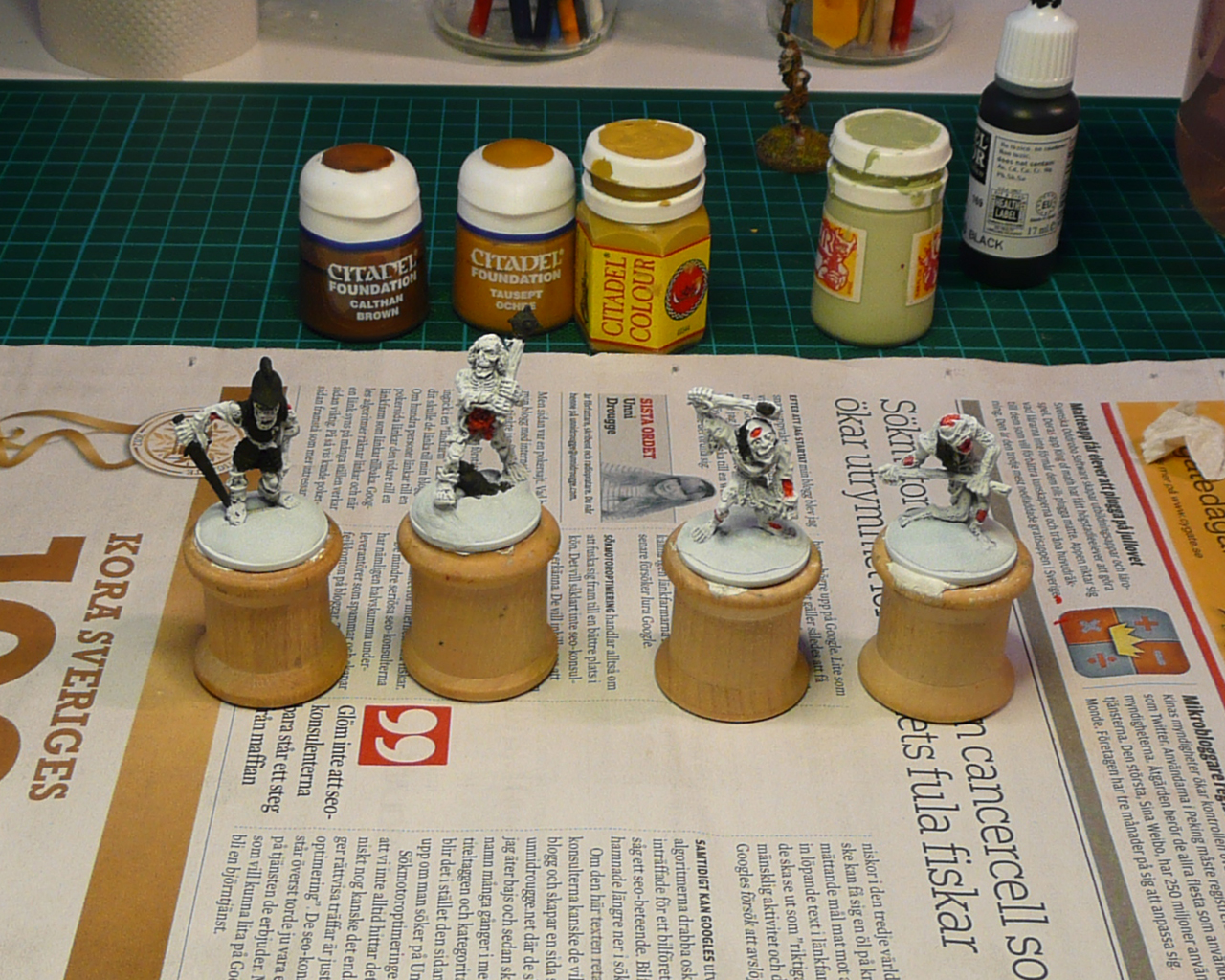 Next up was the base coat for the actual flesh. A proper old pot of Rotting Flesh still does the job, it’s been with me for many years. In the picture above, the guy second from the left is actually not quite a zombie. It’s one of Bob Olley’s IC201 Skeleton Guard, however the sculpt (or cast) is so horrible that it works better as a zombie (I hope). After all, he’s painted more or less like a zombie in the original advert too. After another 30 minutes, the chaps looked like this. 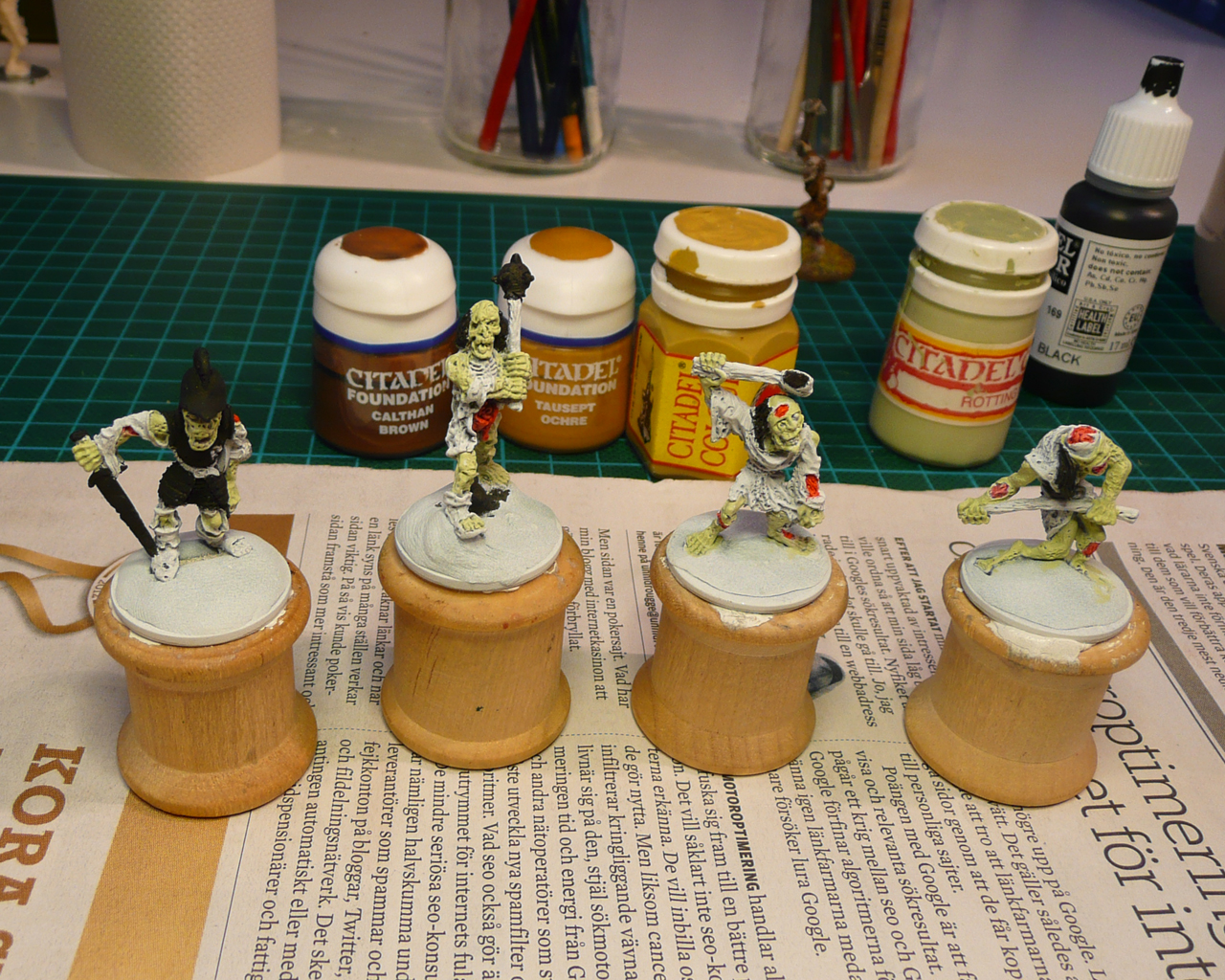 Next up, I did the clothing. To keep the painting time down a bit, I’ll do all the main fabrics the same colour on all four. It won’t matter much when they’re in a much larger group. I’m going to do a rather light brown in the end, so the base coat is Tausept Ochre. Incidently, that’s what I also use for bone. After another 30 minutes or so, I had this before me. 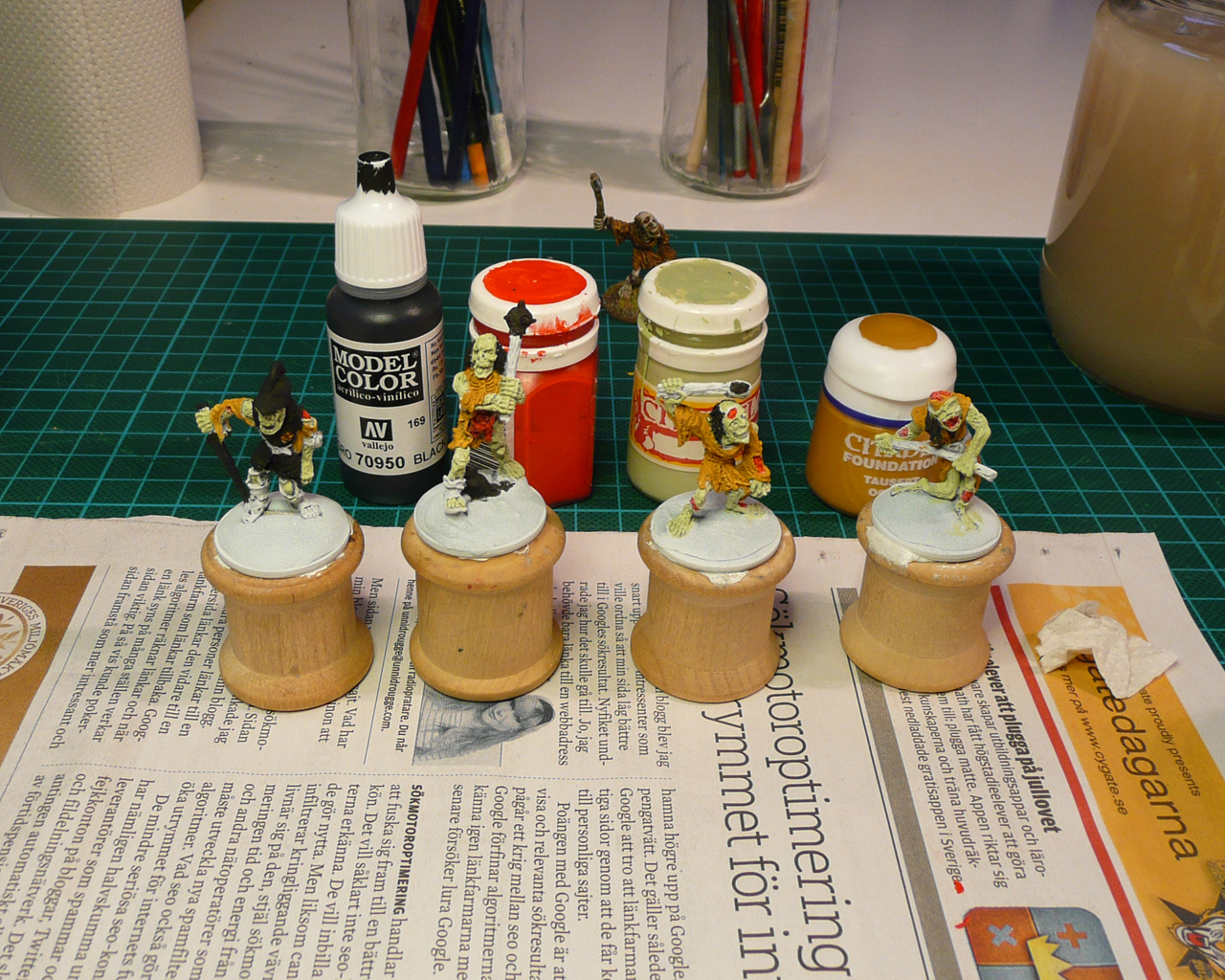 In the background you can see a finished zombie that I use for reference. Also, the four pots of paint used so far.

So, about 2 hours of which 90 minutes were effective painting time and the rest was tinkering and general mucking about. I’m keeping this documentation up for the duration of these four guys, so I can get a better idea about how long it takes me to paint a few minis.

The next step is to base coat wood pieces and a few details. After that I give the metals a base coat, before washing the miniatures. Then comes highlighting and finishing the details. Yay. In the end I expect to have spent about four hours in total on them.