Here’s the other Regiment of Renown I had painted up for me. Once again, it’s Pil who have done the (great!) painting, so I did NOT paint these myself. I merely finished the bases.

These are Mengil Manhide’s Company of Dark Elves sculpted by Bob Naismith. Originally, the characters were released as RR4 – which were solid base pre-slotta miniatures. It was replaced by a new set of resculpted slotta base miniatures in the mid 80s, still under the RR4 label. Eventually, they were repackaged as RRD11. One of the most noteworthy aspects of this regiment is that it’s the only RoR with female models in it! 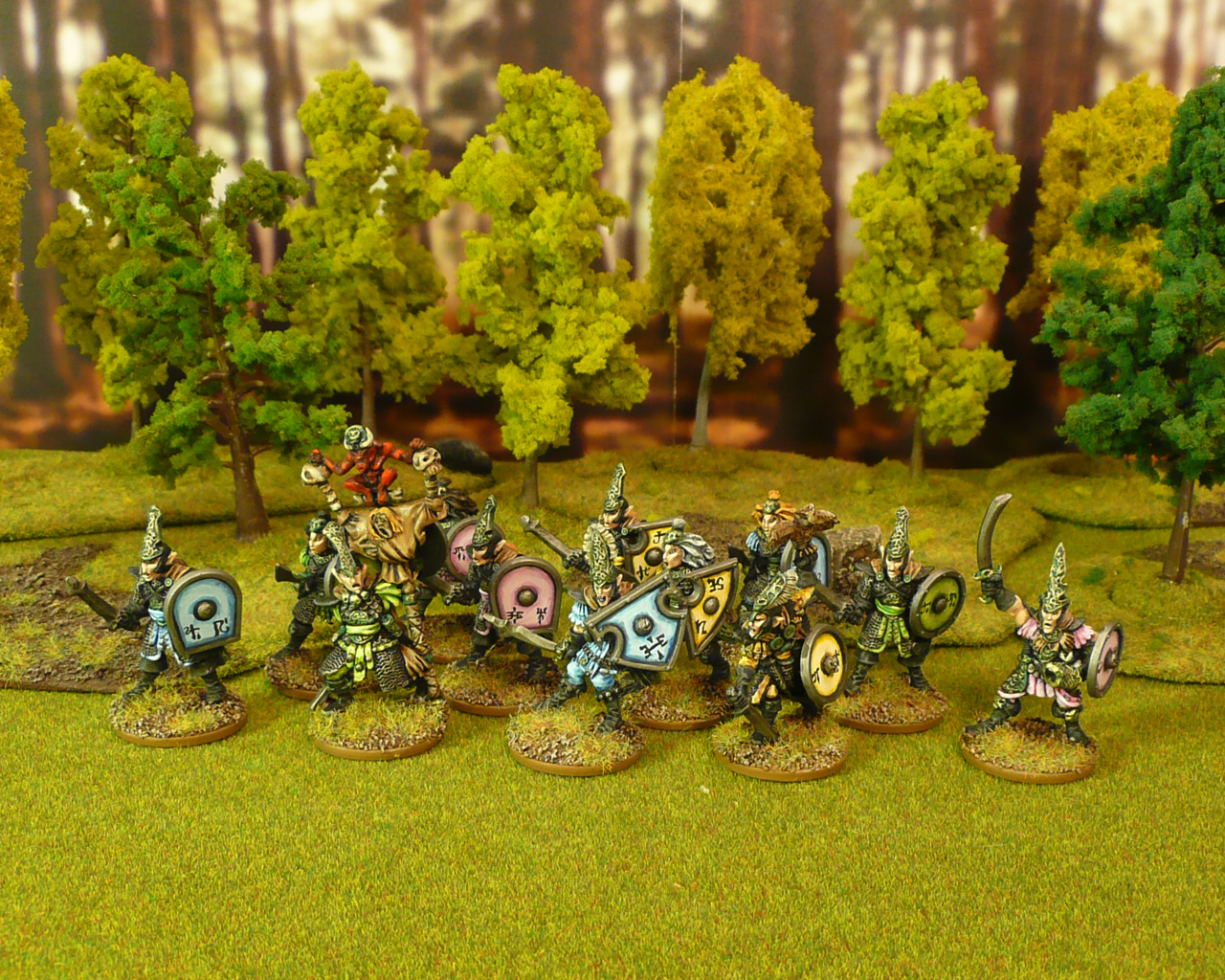 Wonderfully oldschool palette. I was sceptical at first to the variations in colours, but in the end I think it works great! 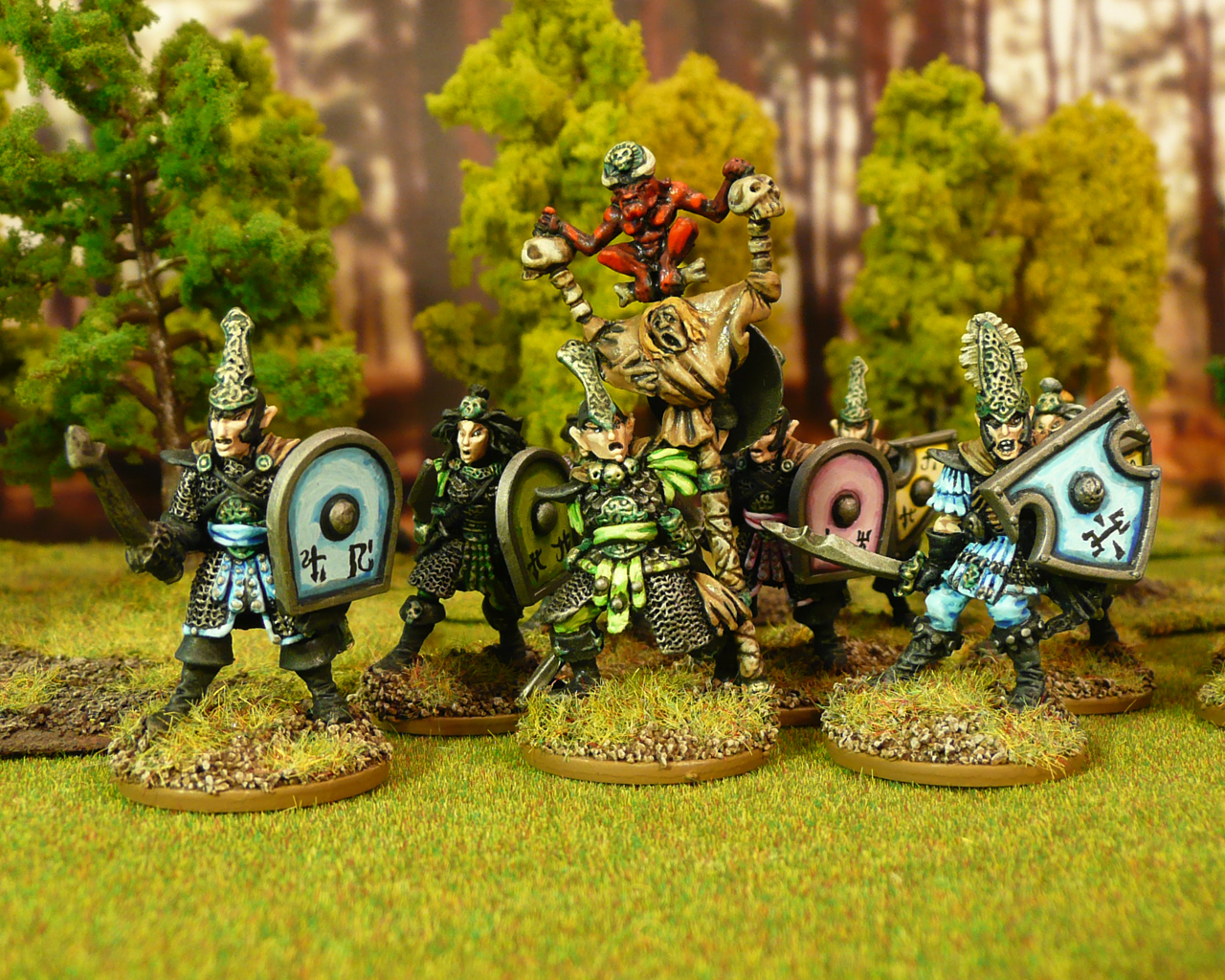 The standard bearer is my favourite model in the whole gang, followed by the champion (below). For some reason, Mengil himself is the least imposing looking model (to the right in the picture above). 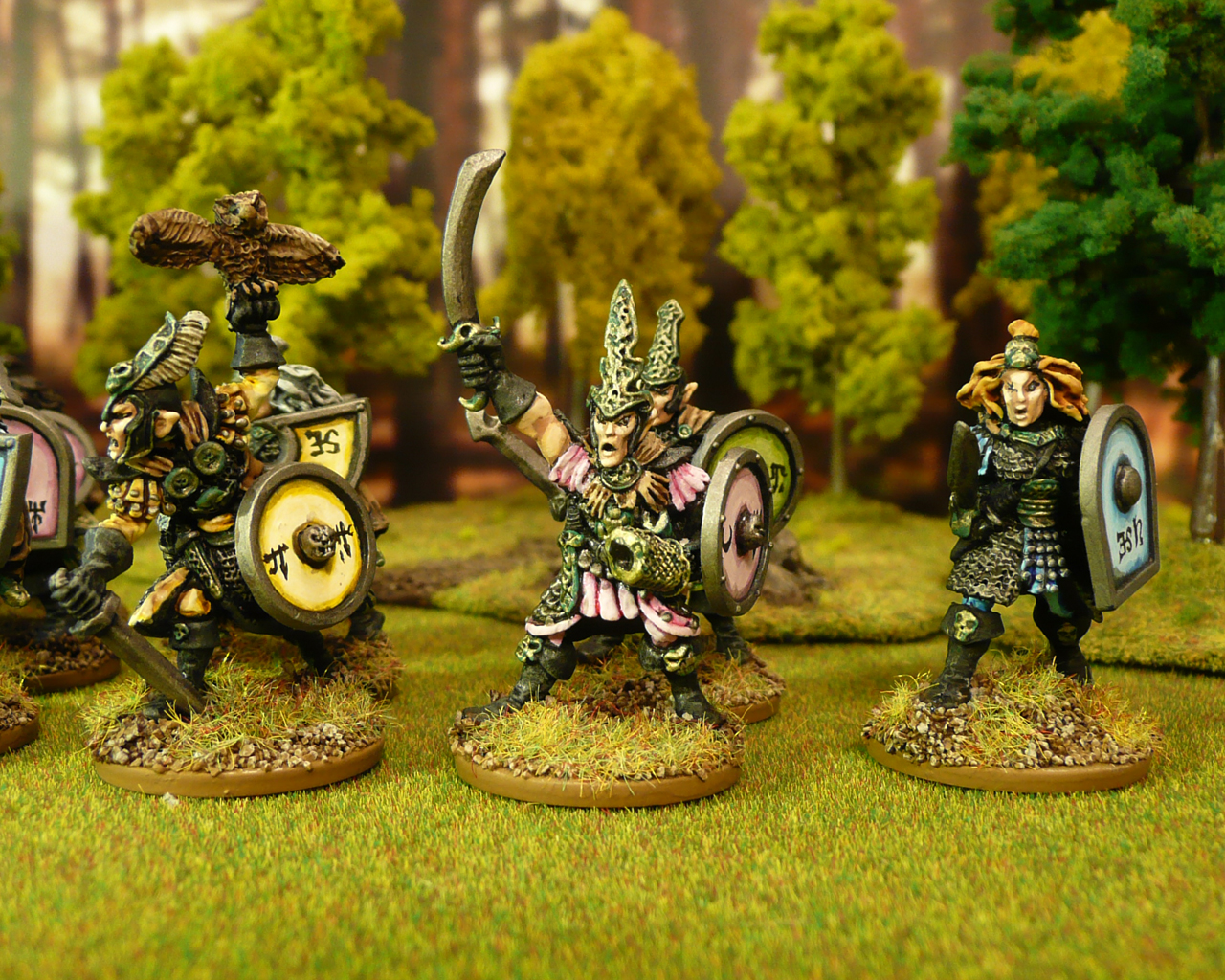 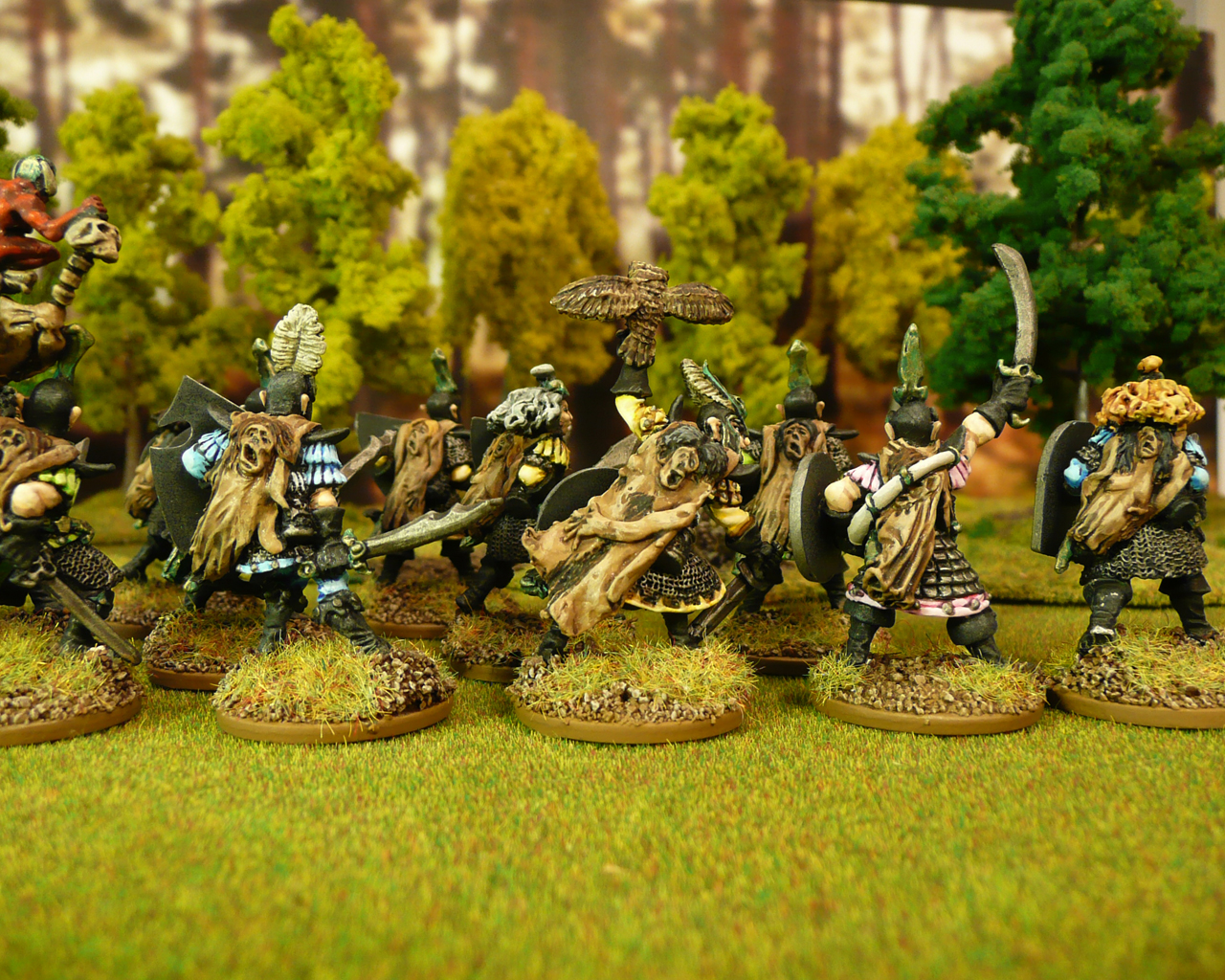 The warriors’ backs are draped in nice man-hides… or in the case of the witch elves; woman-hides! Nice touch, and perfectly painted!

A weird thing I noticed when looking through old catalogues for this post is the fact that there are no dark elves in the 1988 and 1989 catalogues! Who’d a thunk, huh?

So, these boys (and girls) go in the cupboard for pick-up-and-play games of Song of Blades and Heroes. I have a warband roster, but I’m not really happy with it yet so I’ll hold off posting it until I feel it’s “there”.