I haven’t been painting as much as I had anticipated (surprise!). Apparently, parental leave does not equal vacation and hours upon hours of recreational fun in my basement. I can’t complain, I’m having the time of my life with my boy! I’m just not painting old lead.

No reason for not posting stuff though. First off, here’s a couple of old Citadel Fighting Fantasy plastics. 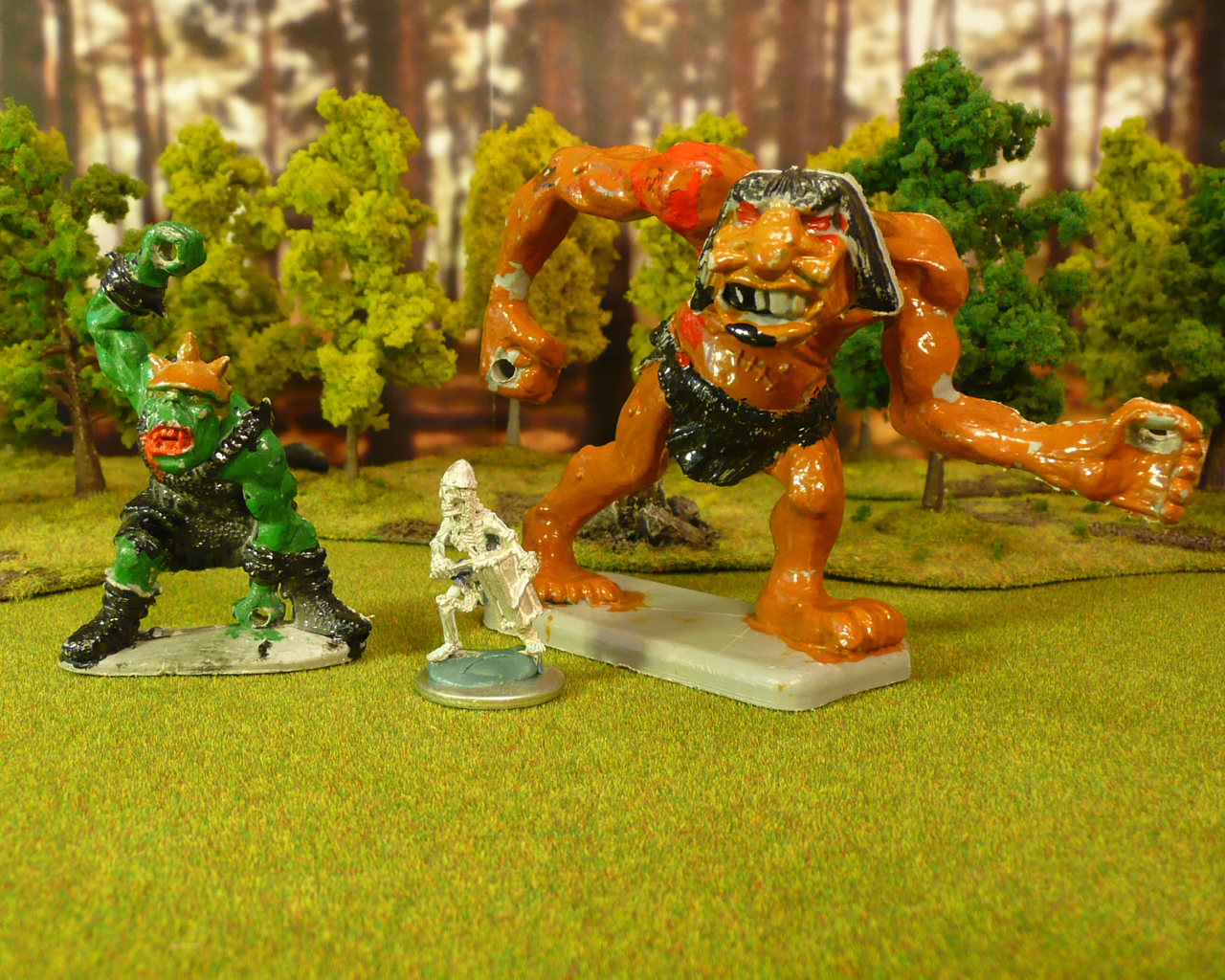 These are the first plastic models ever produced by Citadel. My cousin and I bought them in the early eighties in a toy shop in Ystad, Sweden. I, being a daft git already in my early years, didn’t get any of the cool models; chaos warrior, a barbarian and “the other” orc. My cousin however, he got these two guys – with new paintjobs they’ll be able to play the parts of a giant troll (the orc) and a rather large giant (actually an ogre). I have another head for the ogre/giant as well as two weapons (an axe and a club). They’re posed next to a Citadel skeleton (the musician from Mordini’s Nightmare Legion) for scale. Rather large fellows.

I have some more stuff to share over the next few days, so stay tuned for more old lead. Now for something totally divergent! I’m adding a few more interesting blogs and sites to my link bar to the right, and thought I’d pimp them a bit in this post too. Bear in mind, the miniatures in the following pictures are NOT painted by me!

First up, there’s Blue’s Marauding Miniatures. Run by Blue in VT, an active member on LAF, Frothers and a few other Warhammer Fantasy related sites. As the title of his blog say, the main focus is on Marauder Miniatures.

Next, we have Nico’s Realms of Chaos. Nico is a very talented and extremely productive french chap, who hit like a bomb earlier this year when he started posting pics of his awesome vintage Chaos army. Now, he’s started churning out a fantastic Skaven army as well, inspired by the old Andy Chambers army in White Dwarf #134. Top stuff!

Finally, Die Platt. It’s a site where the galleries depict the various armies of a group of friends in Germany, run by powerfrog99 – also a member on LAF. The sheer amount of stuff is amazing, and the paintjobs and collections are great. I especially like how each army is a mix and match of different manufacturers and periods. They also have some really nice terrain pieces! Go forth, oogle and froth! 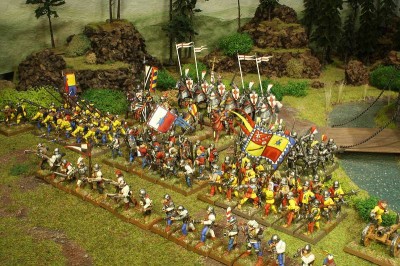 Oh, almost forgot – there’s a proper nice forum dealing with my second miniature-vice; Metal Magic miniatures. Check it out and don’t let the german language scare you off. Most (if not all) Metal Magic releases are catalogued there.