This week I continued the Bob Olley theme in a deliberate effort to get some more chaos flavoured miniatures to make up a chaos warband of just Olley models. From Citadel, I’ve got his harpies, an ogre and a handfull of beast men. I didn’t think that was enough though, especially since all the beastmen are rank and file chaps. Thus I placed an order with Mega Miniatures and another one with Armorcast (who bought some of the Olley molds from Mega). 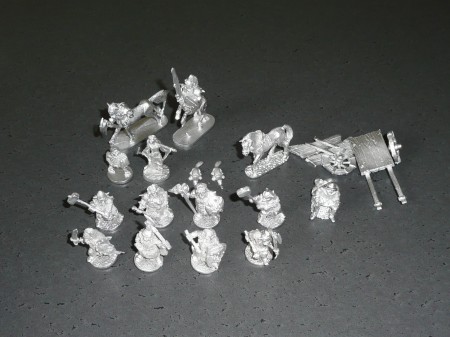 While I was at it I also got a few other useful things from Mega (two chaos centaurs by Olley, a cart with driver and horse, a halfling thief, a damsel in distress and two rather random platypus). For the Olley warband, I got four chaos dwarves from Armorcast and four from Mega, and I’ll use the centaurs there too.

I also managed to do a bit of a silly spur of the moment purchase from a favourite seller on eBid. I had just finished setting up a checklist for the skaven and chaos models I’m missing. With a checklist you can avoid buying duplicates, that’s a great thing – but it also is fuel for the collector obsession fire. Not such a great thing. 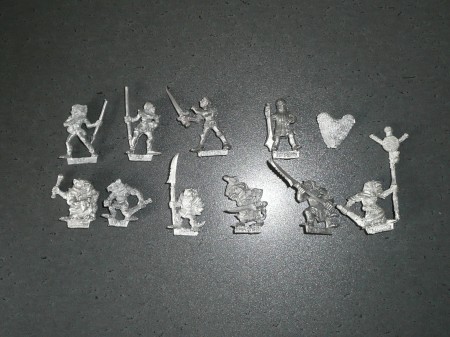 I have also managed to find a pair of wings for the wing-less harpy I got a while back. As I haven’t been painting anything at all for the last two weeks (poor combination with an ongoing LPL tournament!) this sudden increase in acquired miniatures have really messed with my total tally. Total amount for 2012 is 44 painted – 180 acquired = -136

Found a bunch of old photos of my rather ancient Warhammer 40K army and might post some of those later this week, merely to get some painted lead on here and not only purchases on my kitchen counter.

One Response to “This week I have mostly been getting… skaven and dwarves!”