I usually try to post only finished stuff on the blog, but I’m making an exception to that rule here. I’ve been building quite a lot of Deadzone terrain recently and made a few discoveries that I’d like to share, so here are a few WIP pics and some tips regarding building the Deadzone scenery

Last year, I bought two boxes of Deadzone Scenery Upgrade Pack. I did this to quickly and (fairly) cheaply get some scifi terrain on the table. I quickly noticed the components wouldn’t last long and invested in three more boxes plus a bagged Defence Line (more on that later). 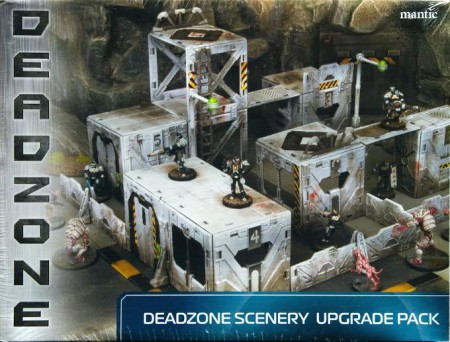 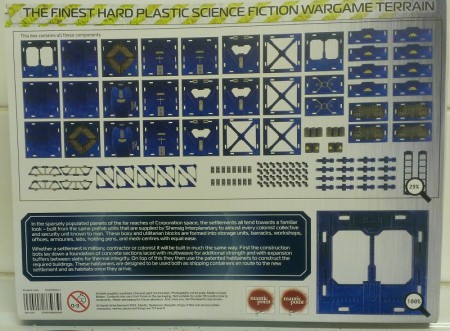 I started building rather quickly, but ran out of steam for one reason or other. The project simmered for almost a year and this last week I’ve spent the evenings clipping and building. Here’s what I have ended up with.

Five walkways, two larger buildings, three 2×2 square ones and three smaller buildings, all with detachable roofs. Bottom right shows the left-overs. I also managed to cobble together a few barricades from left-over supports and the low wall thingies.

All in all I’m pretty happy with how the buildings turned out. I would like a few more small “hab cube” buildings and there are a few other buildings I would’ve liked to do. For instance, more two level buildings. When these are all painted and finished I’ll look into that. For now, I’m done with Deadzone terrain – though I did enjoy putting it all together! Now for some tips. Many (or all) of these might be old hat, but they were mostly my own discoveries so I thought I’d pass them on.

Tip 1 – Get more connectors. Now!
When assembling, I soon realized the connectors wouldn’t last. We all know that by now, but for me it was a bit of a surprise. I checked for connector sprues on eBay but couldn’t find any for a decent price. I did however come across the Battlezones: Sci-Fi Defence Line. It came with a connector sprue which isn’t actually needed. Had I bought two of this, I wouldn’t have had to resort to short cuts. Had I bought a pack of four sprues, I probably would have had surplus connectors. 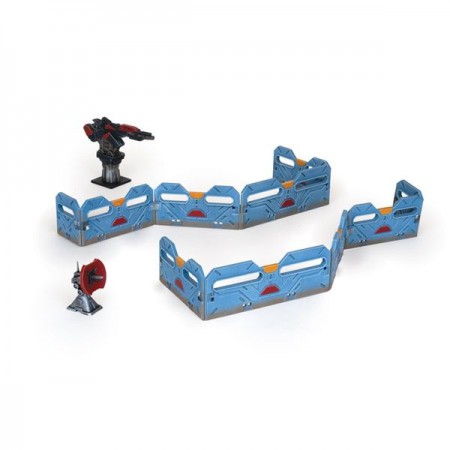 Defence Line – it includes not only a big lascannon and a little satelite dish, but a full connector sprue! And a defence line, but use that to build fortified watchtowers instead of lame barricades.

Tip 2 – Glue everything together – but dry-fit and plan first!
It might be tempting to just start building, but try to plan out all the buildings you’re doing so that you don’t end up lacking walls, ceilings or connectors. I laid out my buildings in “exploded diagrams” on my work table and portioned out as few connectors as possible. If I hadn’t done that, I wouldn’t have been able to build all the buildings I made. Also, when you come to the final assembly part – glue everything in place! I used Revell’s plastic glue and it worked a treat on the material. 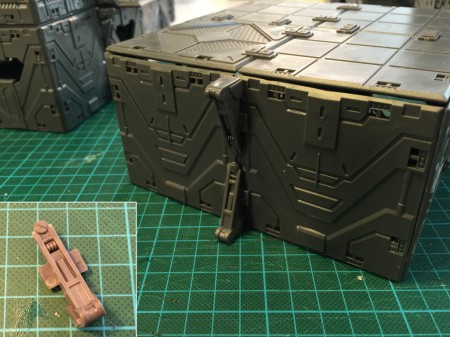 Supports works fine as straight connectors – as do lamp posts. Too bad I didn’t get a photo of one. Use your imagination… 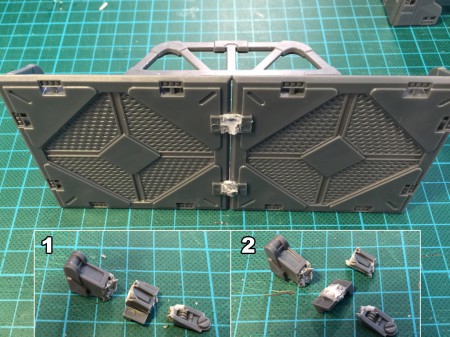 These ersatz connectors were applied on the underside of a roof. I first separated the connector from the ends of the support and then clipped off the protruding part from the connector. Small clips (and good clippers) are recommended!

Tip 5 – Removable roofs using struts.
When I started building I immediately decided I didn’t just want to block line of sight with the buildings. I wanted to be able to place objectives inside as well. Who knows – eventually I might end up modeling the interiors of some buildings too. To facilitate this, I made the roofs detachable using trimmed struts. It’s important to remember to trim the connector peg that meets the roof. You don’t want that snug snap-fit, they should only be there to keep the roof from sliding off. 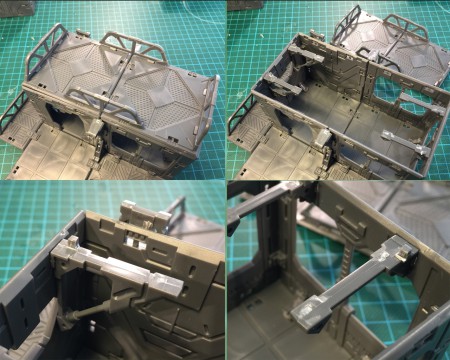 Top row shows the roof on and off, while bottom row shows the use of a regular strut and a modified one. Also, not the trimmed connector pegs.

Tip 6 – Making corner connectors out of struts.
To not run out of corner connectors, I had to resort to using struts in some cases. This was mostly done where I had forgotten to include corner connectors for attaching an upper level building to the lower level roof, as I didn’t want to risk wasting valuable corner connectors. I simply cut off and trimmed down the strut so only the connector bit was left. It’s a two snip affair, so not very complicated. If the connector will be visible, it can be a good idea to trim it further. 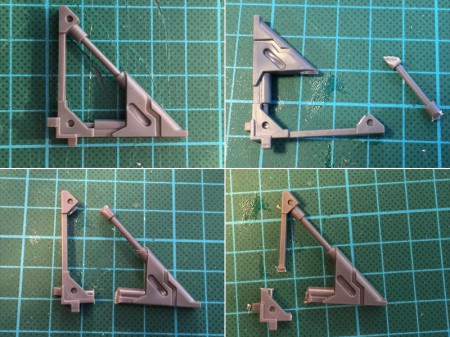 Four ways to cut a strut. Top left is unmodified, top right was a version I ended up never using. Bottom left is what I used on the roof strut support variant above and bottom right is a corner connector made from a strut.

Ersatz corner connectors in use.

That’s it for now – I have a few more tips related to construction but I’ll get to that when I show the finished pieces instead.