I sort of forgot (actually, didn’t make time) to do a tally for last week – so here it is, a little bit belated. 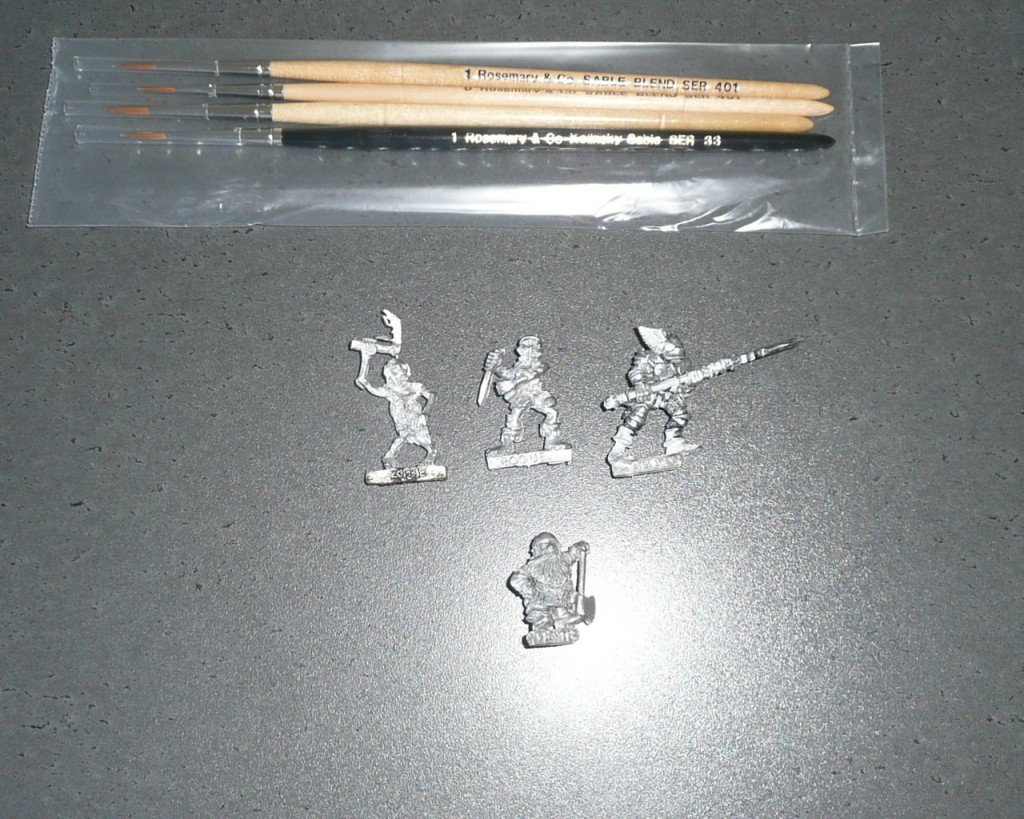 The brushes are from Rosemary & Co in the UK. Preliminary tests say “they’re decent” – but I think I’ll need to get used to them. Definitely nice enough for the cost though.

The lead is a C18 zombie, a Talisman rogue and a long coveted mini from the Battle Lords range. The dwarf is actually not for me, it will be returned to sender with a paintjob on it. Pics will follow “soonish”, as I’ve decided to keep it out of the LPL. Couldn’t quite fit it into any of my teams.

Speaking of the LPL, I actually received 5 more miniatures last week. I never got around to photographing them though. They’re four Marauder Sea Elves and a Marauder Dark Elf Scout. Most of them will end up in round 10 of the LPL; the maritime bonus theme round.

So, 8 miniatures coming in. How much have I managed to paint then? Not that much, really. I was hoping to be able to finish my round 3 entry for the LPL but no dice. Three of the white clad little bastards have been painted though; a Dwarf blocker, a Dwarf slayer and a Halfling… halfling, for my take on the classic Doom Forgers team from Dungeon Bowl fame. Still need to finish up the second blocker and a werewolf.

Current status of the LPL is two teams done (rounds 1 and 2), more than half done of round 3, one of five (or ten, depending on ambition) done for round 5. I have also sorted out four or five replacement teams; 5 zombies, 5 more zombies, 5 Stillburg adventurers and 5 Blood Bowl miniatures I haven’t shown here but they have been posted on other forums ages ago. Also have the 12 Splintered Lands 18mm Olley dwarves at the ready. These will be entered if (when…) I’m not done with a team for a certain week. I’m pretty sure I won’t do more than 5 or 6 newly painted teams. It feels good to be able to field a new entry each round and not repeat entries over several weeks.

I’ve switched out the old blog engine (which was provided by my host One.com) and installed WordPress instead. Hopefully the features will make up for the slightly worse performance. Please let me know in a comment if it’s an improvement or not.

I’m copying the old content to this new blog (manually, it’s a pain in the ass!) but decided to make the switch before I was done. It didn’t make sense posting new stuff on the old blog, when it’s getting moved eventually. The old blog can still be accessed through http://oldministuff.godzilla.se – I’ll keep it around for completeness sake and so forth.

Now I’m off to do some painting as the wee lad is having a nap, and I’ve got oodles to paint for the LPL still. Making good progress on team #3 – but I think I’ll drop behind schedule this week.

Yep, slim pickings this week. Two measly zombies in my mailbox, that’s it. Got them for free from Paul over at Sho3box, cheers mate! They’ll substitute some allready painted fellows in the next Stillburg scenario. They’re C18 zombies by Kev Adams, but with headswaps – and an extra head. Allready have the original two models in my throng of life challenged lads so some variation won’t hurt! 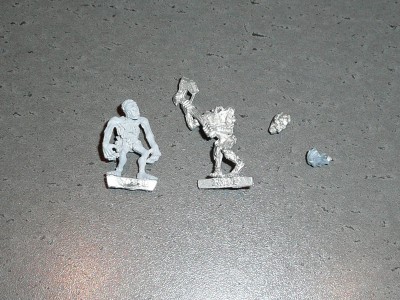 On the painting front things have moved ahead for sure! I now have two entries for the LPL fully finished, and I’ve also completed one of ten models for the fifth bonus round. I’m ahead of schedule – if ever so slightly. If I get some painting time this weekend I can really get ahead.

Going in the right direction here!

This will probably be the last post in this blog engine, by the way – I’ve installed and tested a wordpress installation on the side here and it seems to work fine for my needs. Stay put for some major changes!

Hard at work with my teams for the LPL6 over at LAF. First team finished, one model finished in the second team and the remaining four lined up in a row on my painting desk. The remaining teams are all cleaned, assembled and primed – so it’s business time! Also have a few replacement teams at the ready if any entry is delayed.

Here’s what I got this week. 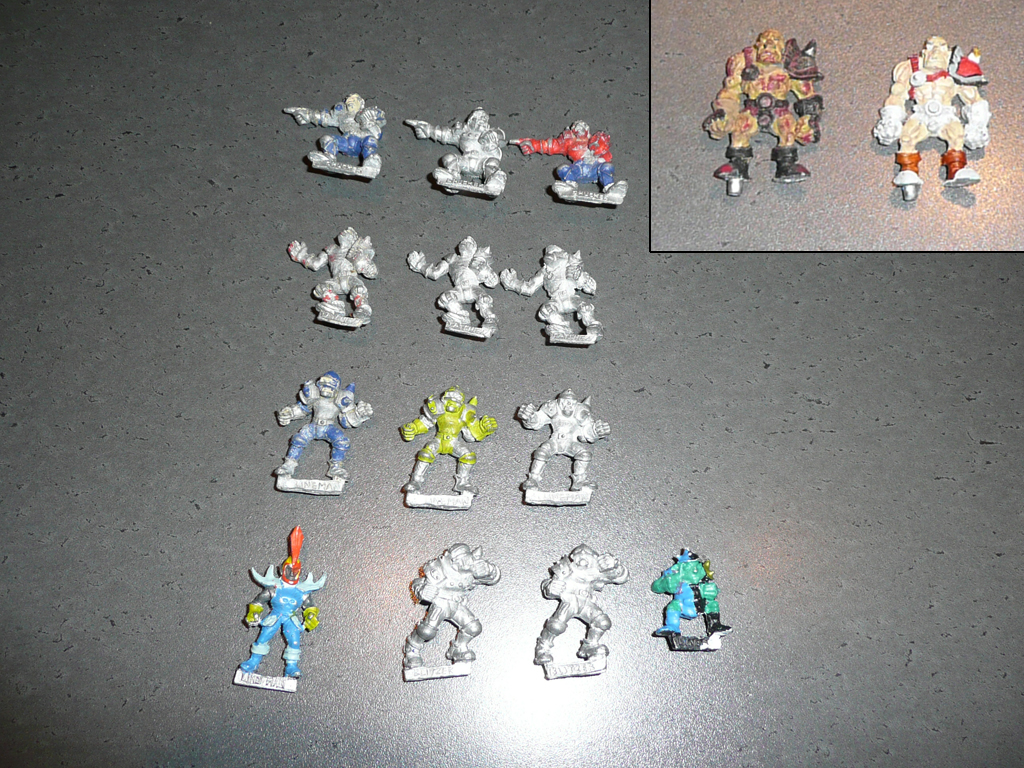 Nothing much incoming, so hopefully we’ll see the total decreasing soon!