So, a new mile stone hit in the Stillburg project! Two of three zombies are finished, and I’ve painted a new type of mini for the first time.

I’m pretty content with how these turned out. I’ve been trying to give them the “resurrected corpse” look rather than the “infected” type zombie look. Hence the lack of gore splashes. For that, I recommend Paul’s blog Sho3box.

Here’s a shot of the front and backs: 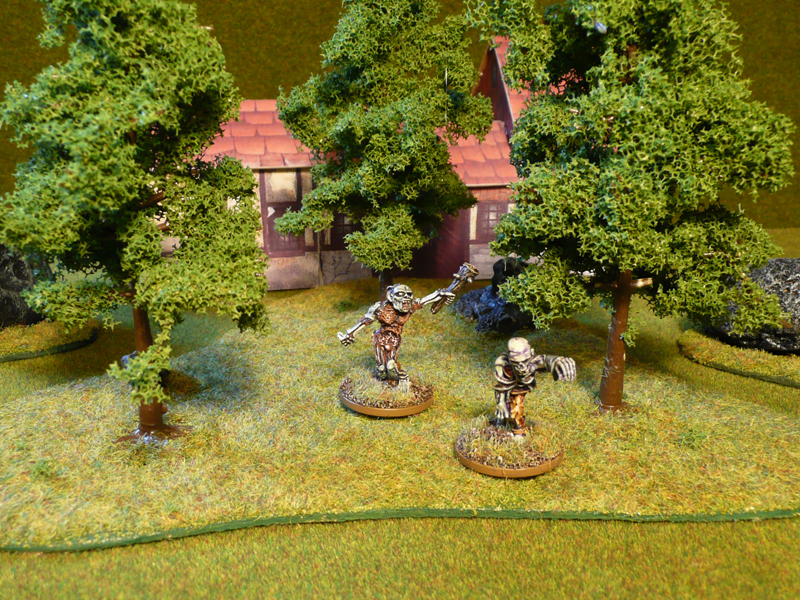 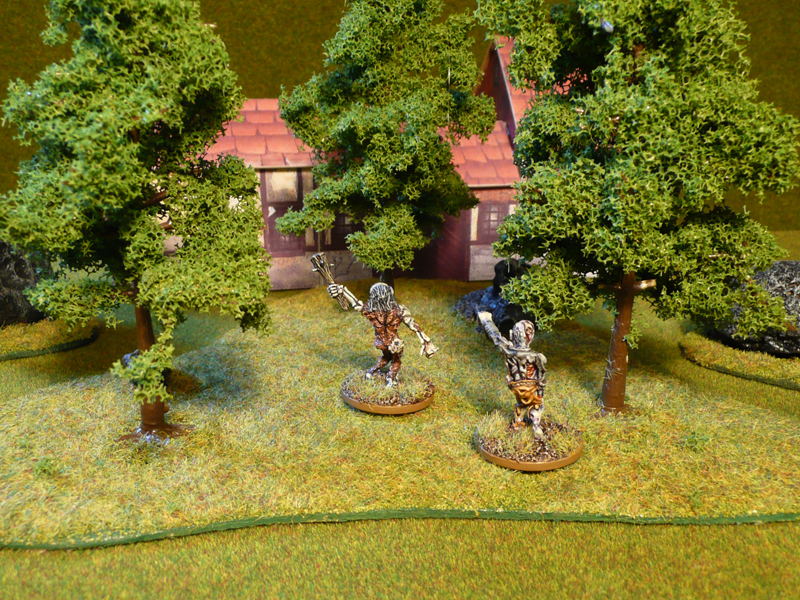 My biggest gripe is that the skin colour is too close to the shirt of the unarmed zombie to the right. It doesn’t look exactly similar in real life, but very close. In photos, there’s no difference. I have one more zombie to paint for Stillburg as it is right now and I’ll try a different approach to the skin. On these I painted the white base coat with Rotting Flesh, which was then washed with a purpler wash and then a thinned out black wash. Highlights on that were plain Rotting Flesh in thin layers, with a touch of bleached bone at the end. On my next zombie, I’ll do a regular human flesh base coat but highlighting it with thinned Rotting Flesh.

Here’s a final close-up of the two chaps. They want huggies! 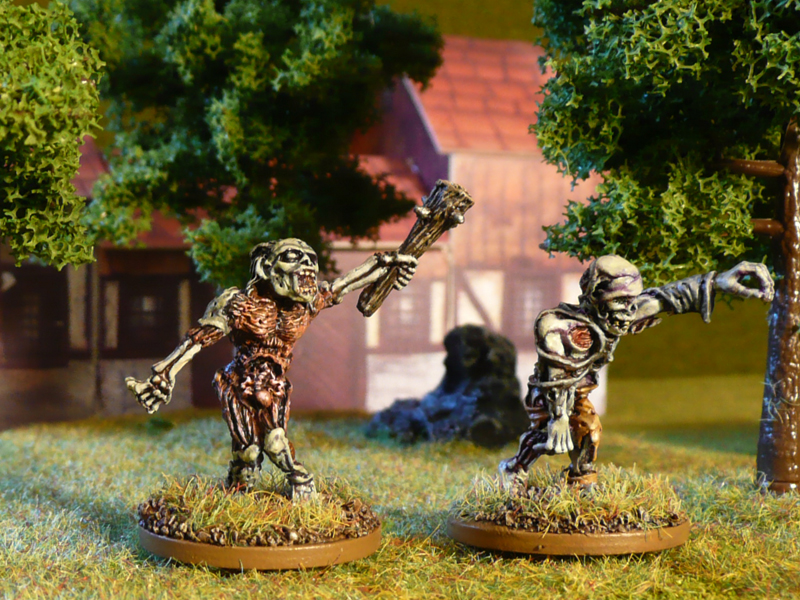 So, let’s do a tally of where I’m at with painting the first scenario for Stillburg. Of the undead, I have 9 of 14 painted! One zombie and four more skeletons to go. Not too bad! The adventurers are worse off though. Only 1 of 8 are painted! In total, I’ve got 12 minis to go – with only a month left before the planned game. That’s about 3 minis a week… Do I live up to that rate? In the last 6 weeks, I’ve painted 15 minis. I have 5 weeks to go. If I keep that tempo up, I’ll have 12,5 minis painted by vacation time. There are less weddings, birthdays and funerals coming up – but on the other hand, our garden recently exploded into a mess of weedy hell and it’s my job to take care of that. 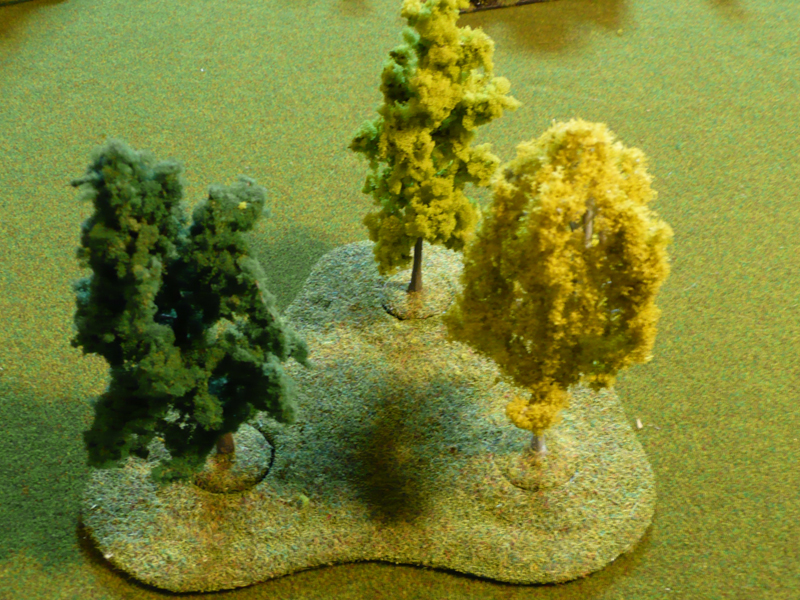 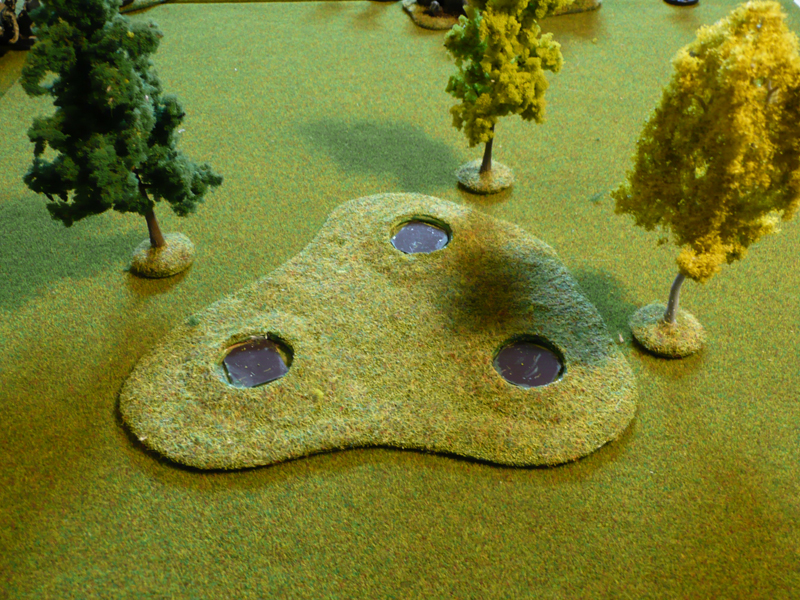 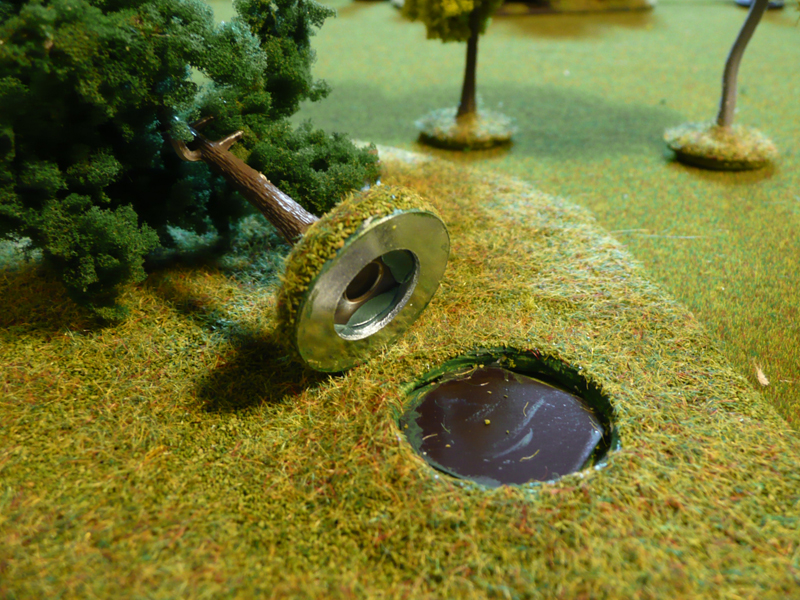 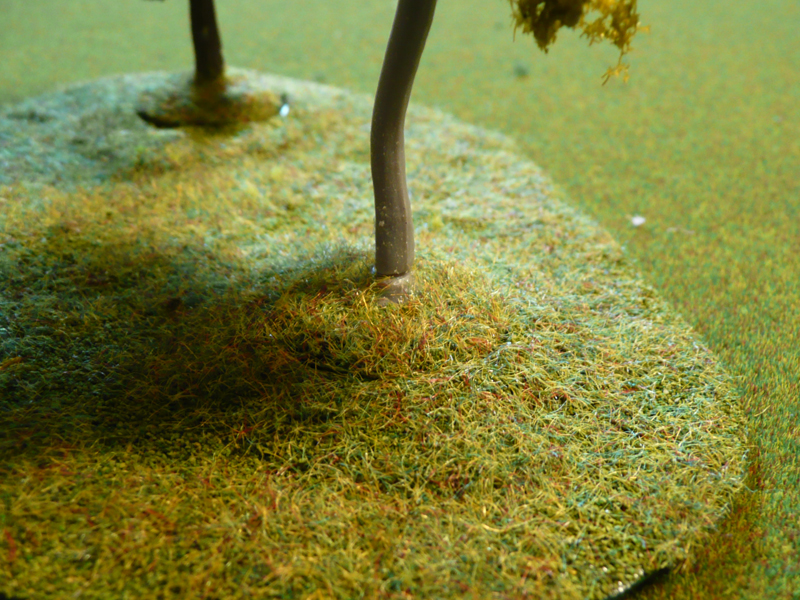 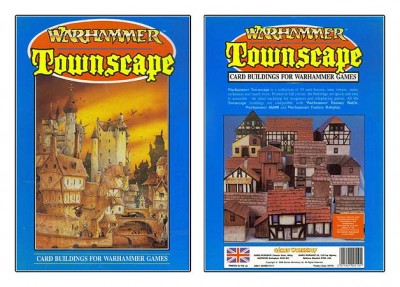 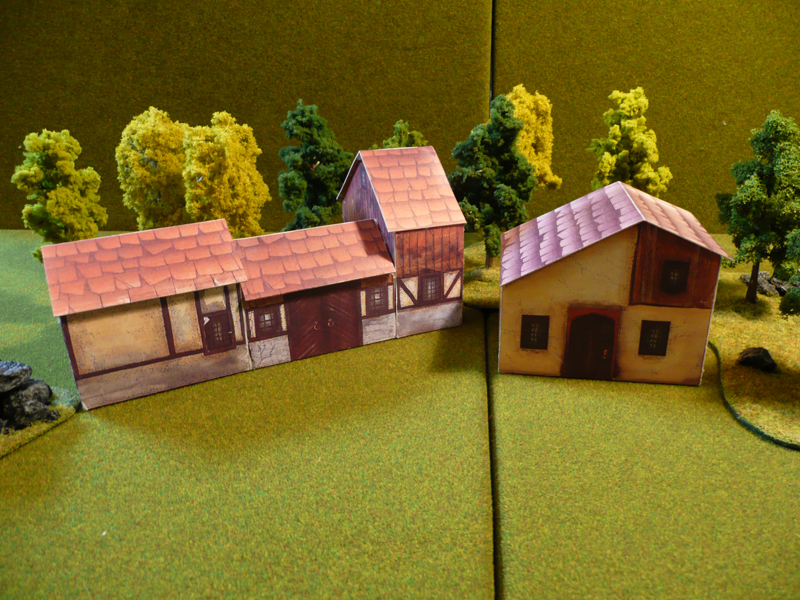 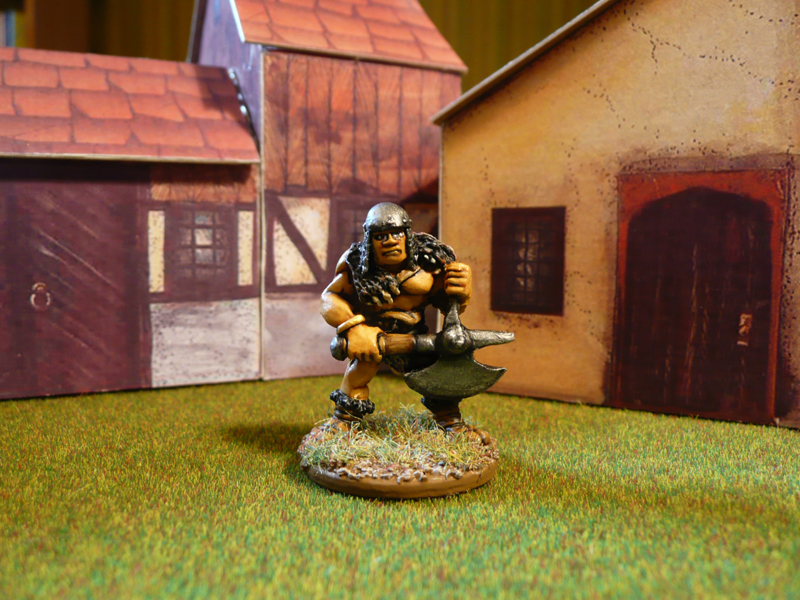 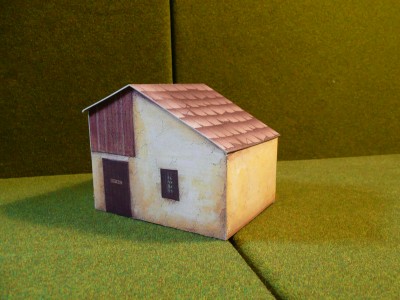 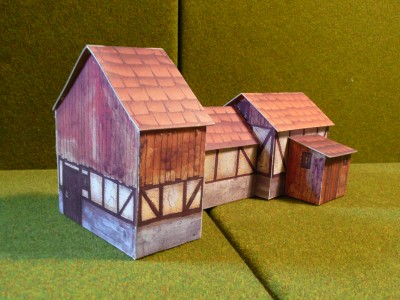 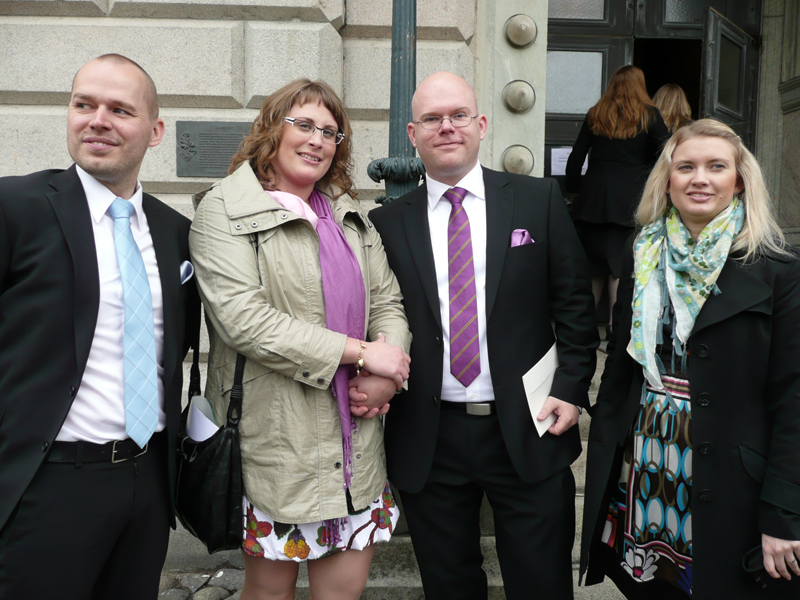 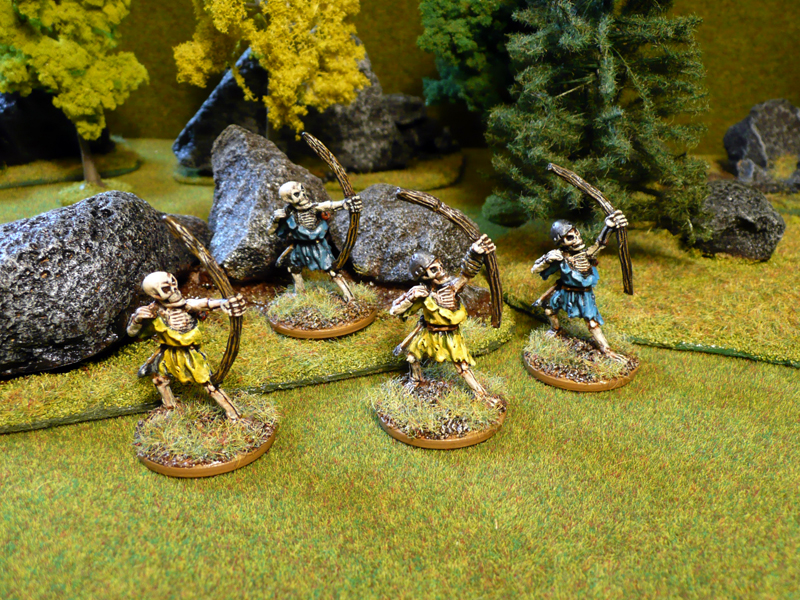 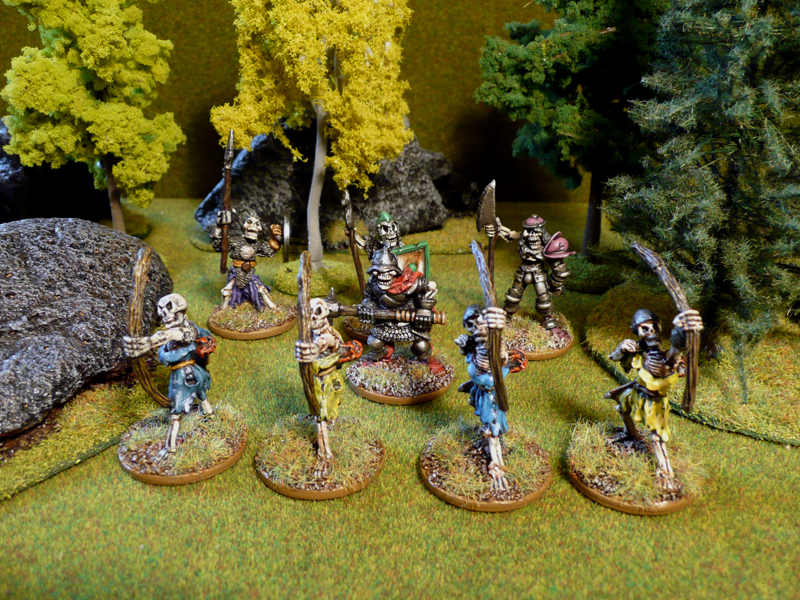 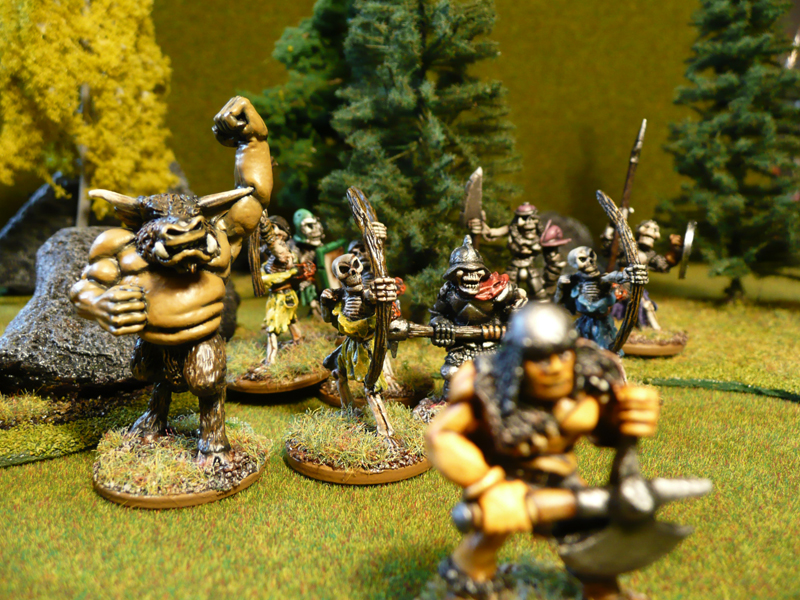 Just a short post to show off the two latest additions to the undead horde of Stillburg. 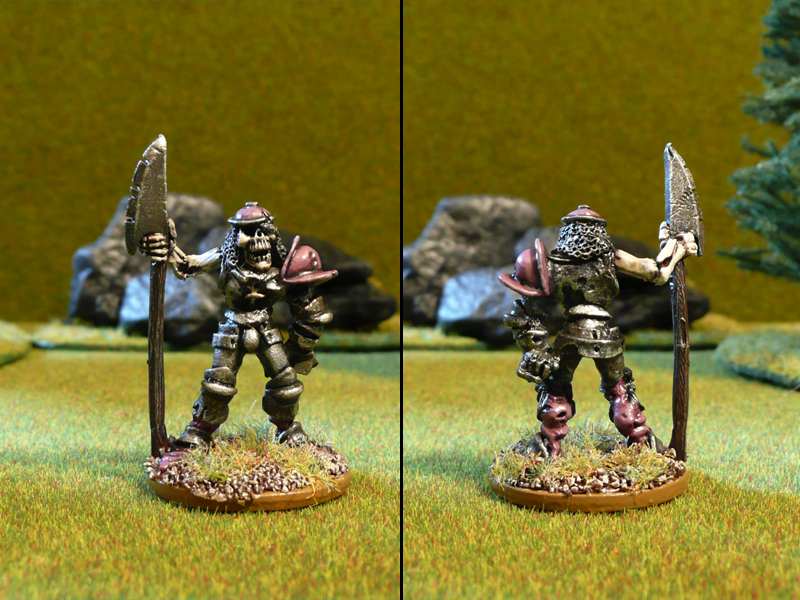 I love this guy. What the hell is that beret like helmet he’s wearing? I guess we’ll never know. Cool miniature though, defenitely one of my favourites. 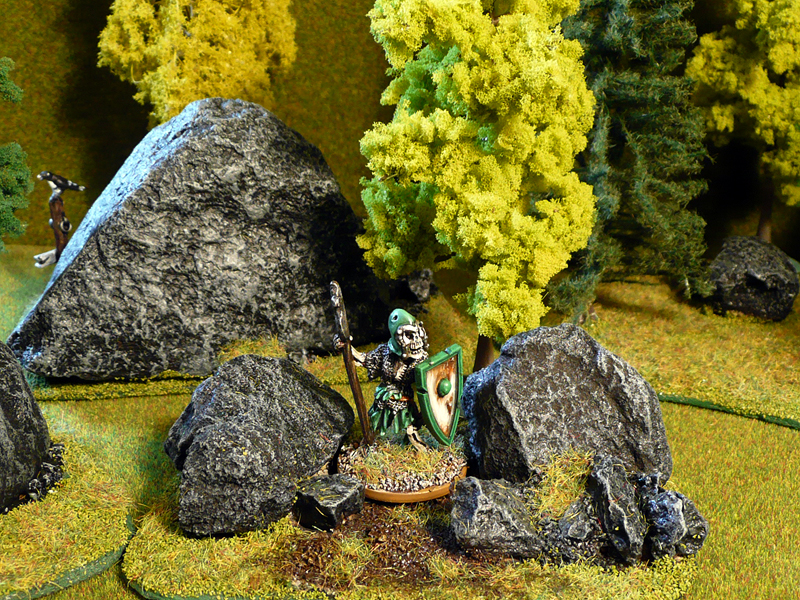 I wasn’t equally chuffed about this mini, but had to use it to be able to fill out my ranks. Once painted up, however – he’s now one of my favourites. I really like how the green turned out on him. By the look of the helmet, I figured he used to be a noble elf warrior. Thus, his shield and (very ragged) uniform got a bit of a pointy eared colour scheme. Also very pleased with how the shield turned out.

So, I now have four melee skeletons finished up. Four more to go, and three archers (will actually paint four though) plus three zombies. I might be able to finish this before it’s vacation (and gaming) time! Also, I’ve received all the heroes for the scenario so I’m all set and just need to paint… and build some more terrain! Gah!

Here’s a final pic of the whole gang. Notice how one of the guys from the last post now also have a shield. 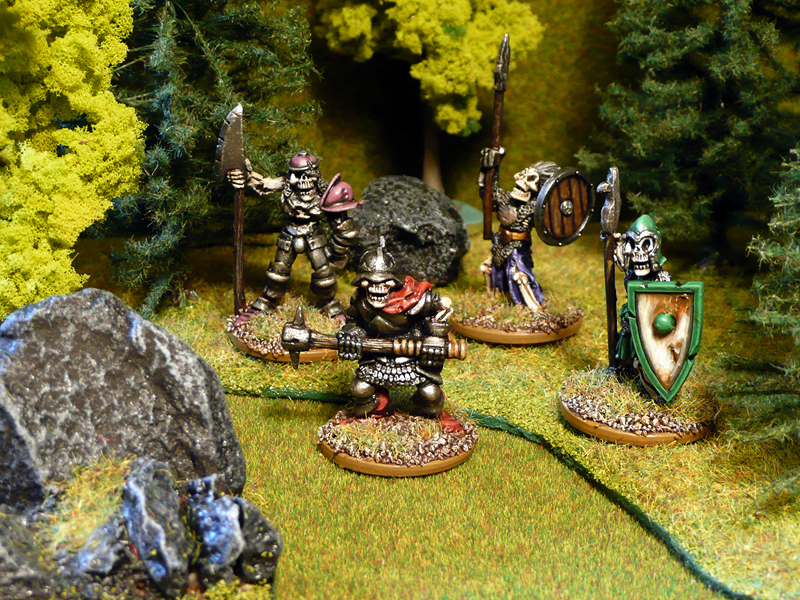