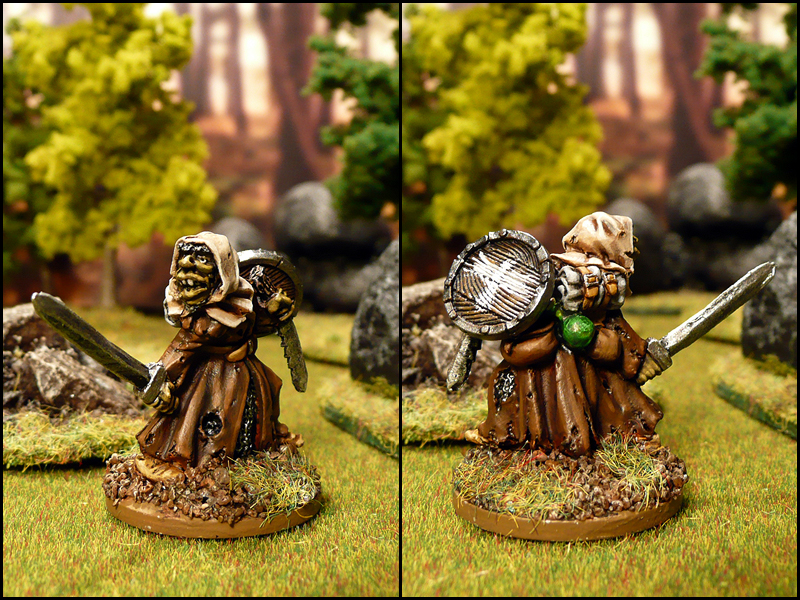 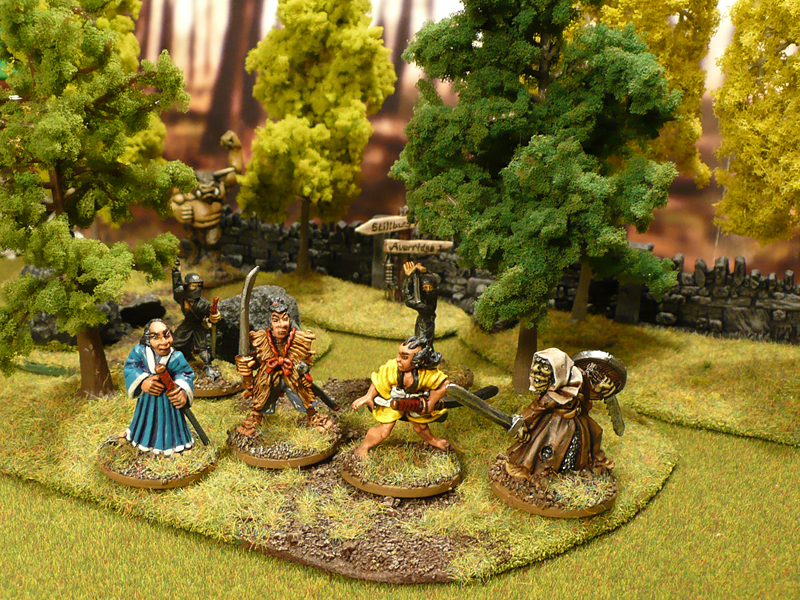 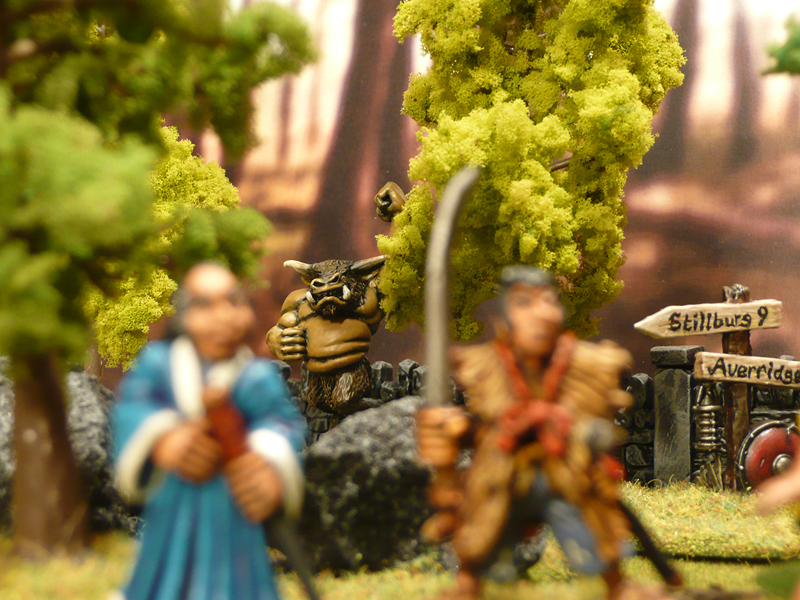 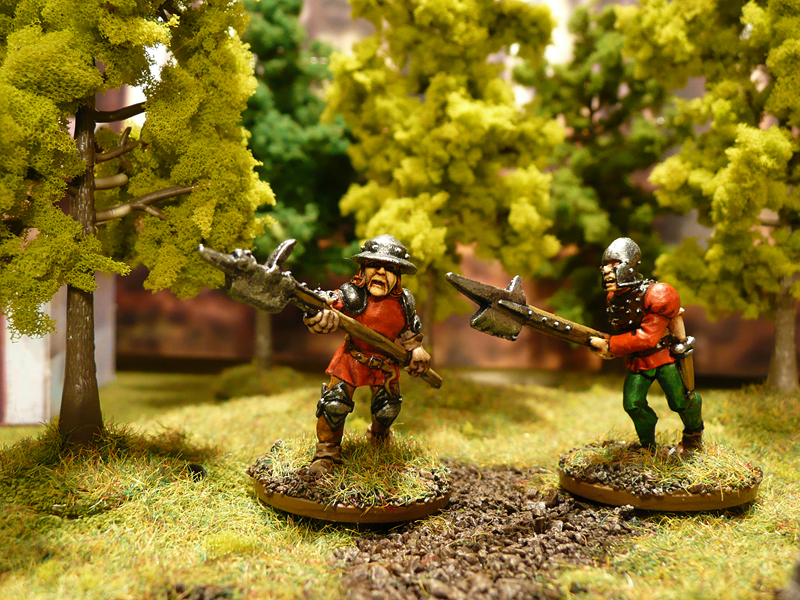 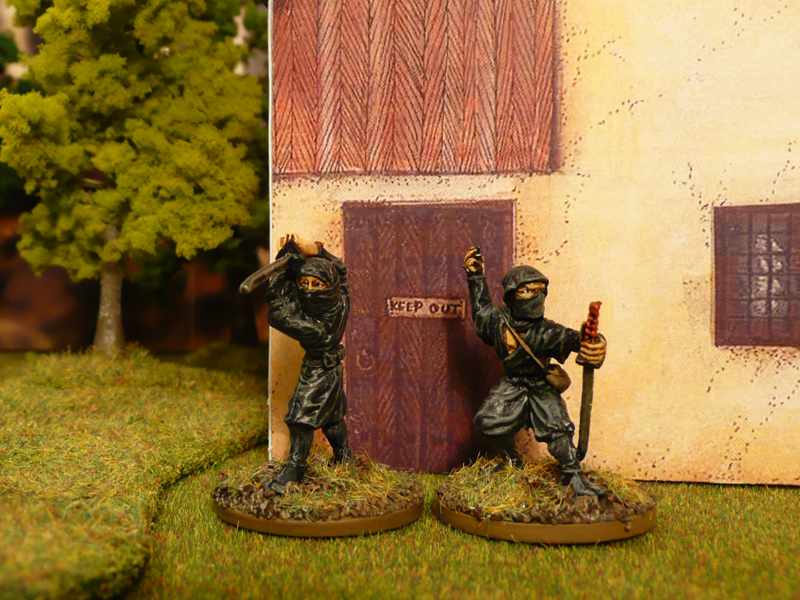 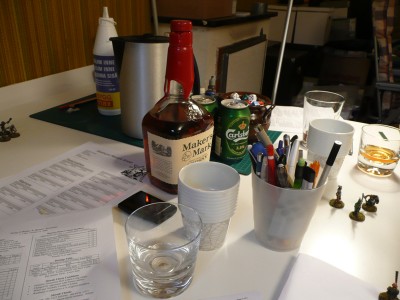 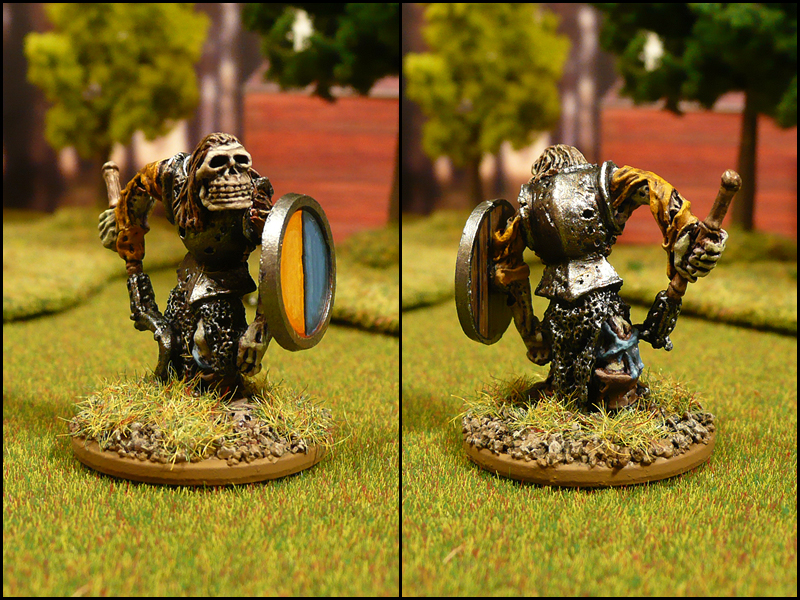 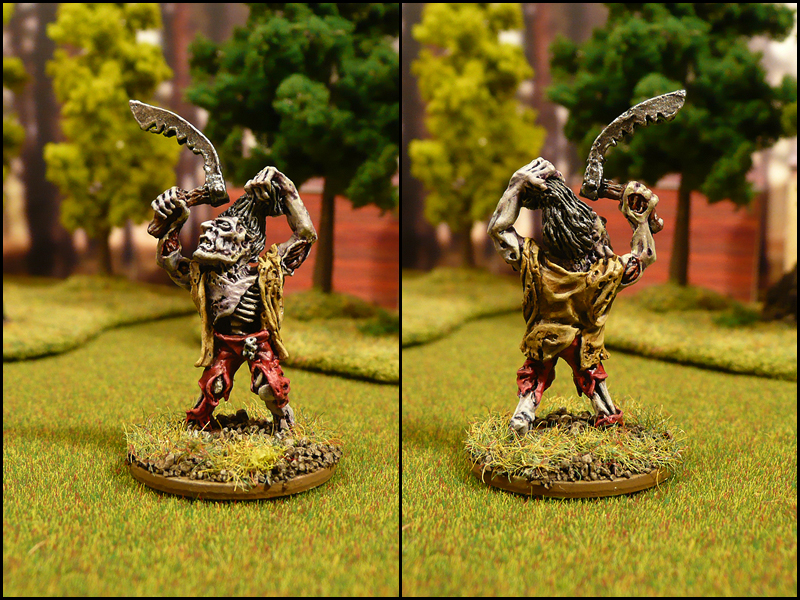 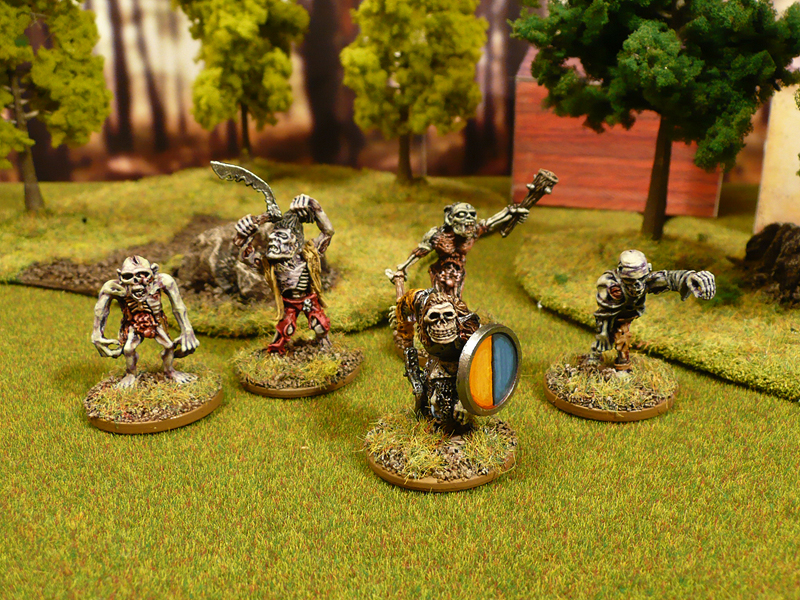 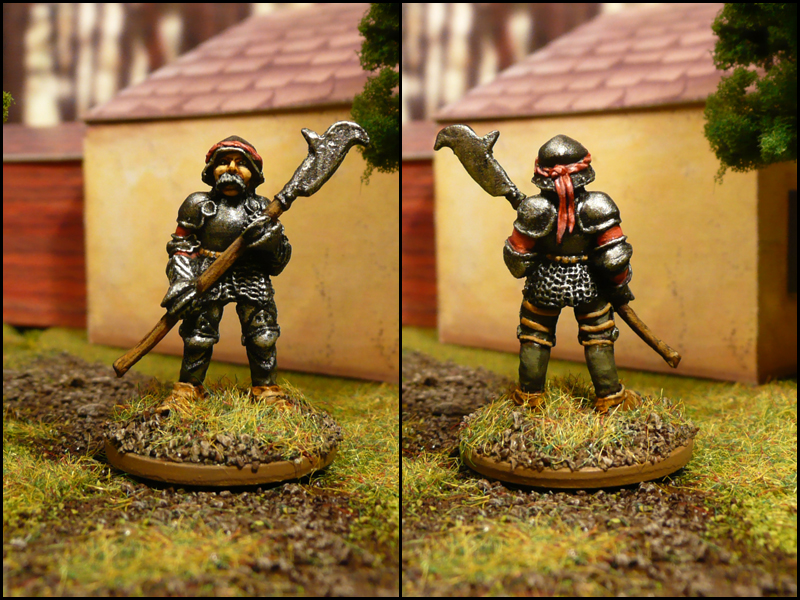 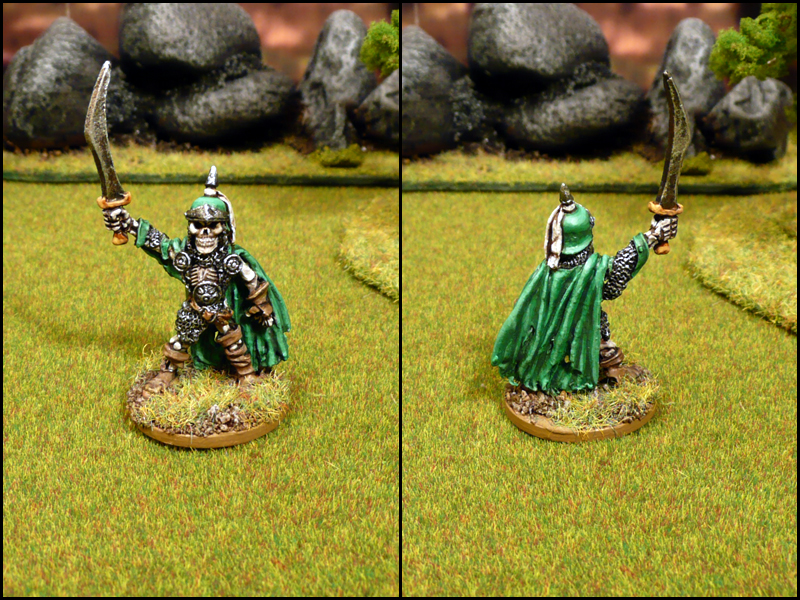 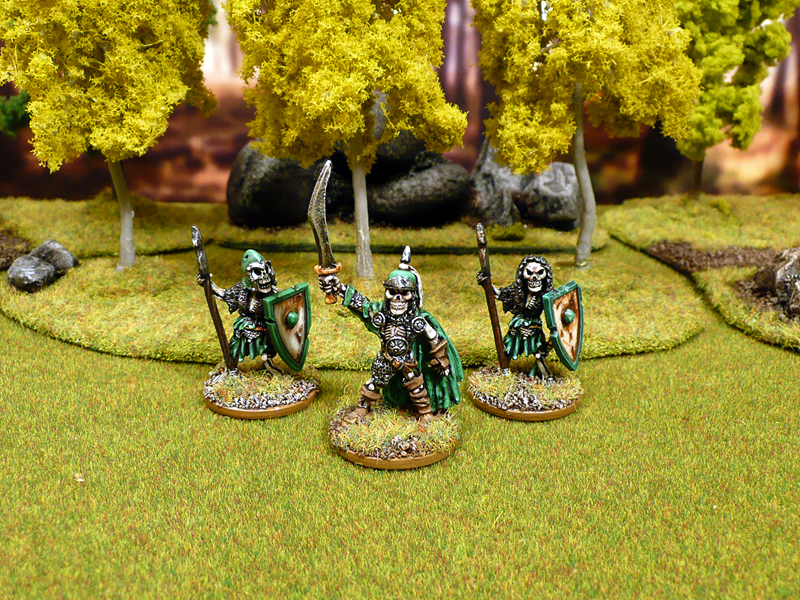 One shieldswap later (and I’m not sure it’s for the better) here’s the full profile for Crazy Macy Sonnenshield.

The model was sculpted by good ol’ Jes Goodwin and released in 1986, I believe. The first mention of it I’ve found is as Gnawa Batter in the 1986 Citadel Journal in the C01 Fighters range. She’s named “Macelady” on the slotta tab, but was also available as Julia McEwman in the Tragedy of McDeath scenario pack. Lovely mini, but the straight legs give her a wonky posture and she’s quite a stiff jointed sculpt. I got the mini together with the previously posted ronin, from LeadAsbestos at LAF.

”Crazy” Macy Sonnenshield – Human Adventurer (54 pts)
Quality 3+, Combat 4. Berserk, Fearless, Capricious.
Little is known of this beautiful but deranged female warrior. She’s as deadly as she’s foul mouthed and short tempered. While viewed with some apprehension and mistrust due to her erratic behaviour, the people of Stillburg have learned to accept her as an occassional resident at the Nag’s Head. 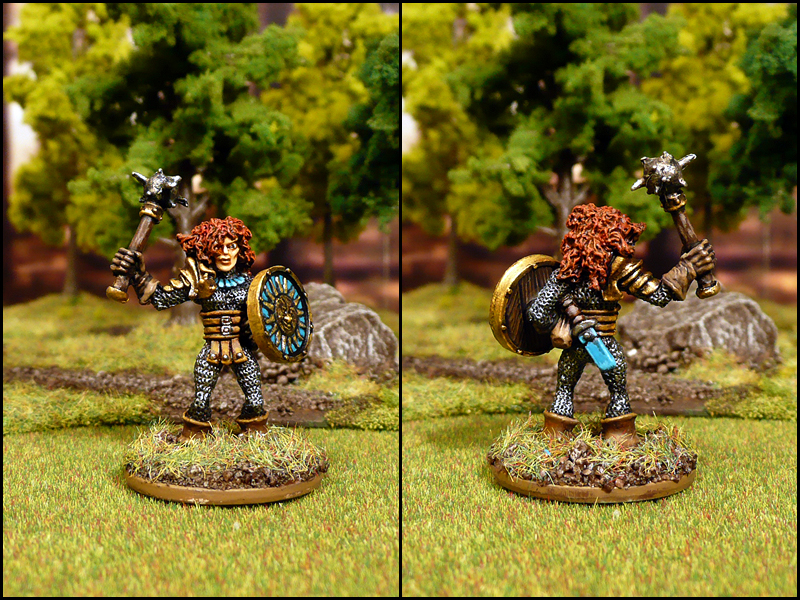 “Oi! What’s this ‘capricious’ malarkey?!” I hear you say. Well, it’s a house rule trait of sorts. It’s a bit of a “Solar powered” rip-off, but instead of being either good or bad – it’s a bit of both which ever way the dice roll.

Here she is doing what she loves most – disposing of zombies. Let’s see when she’ll be joining the Stillburg heroes in their adventures. 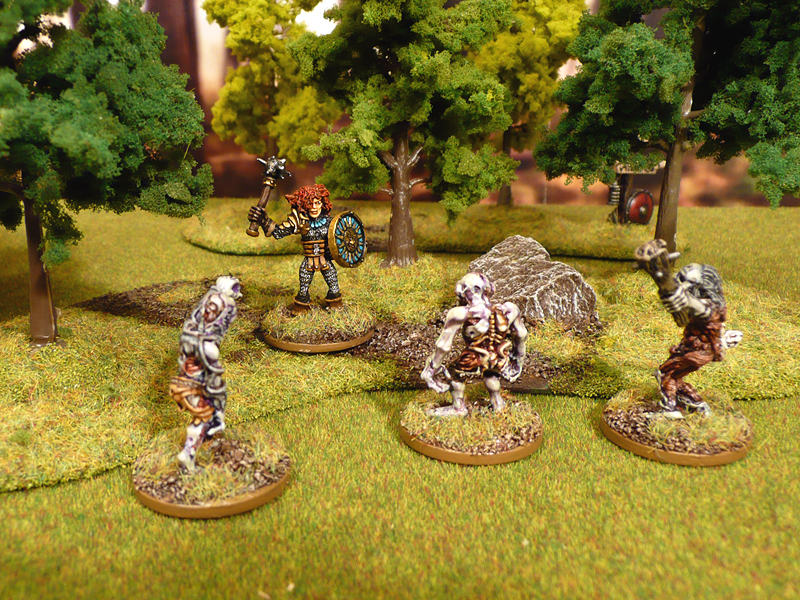 As a final little something I give you a WIP sneak peek of what’s coming up next. 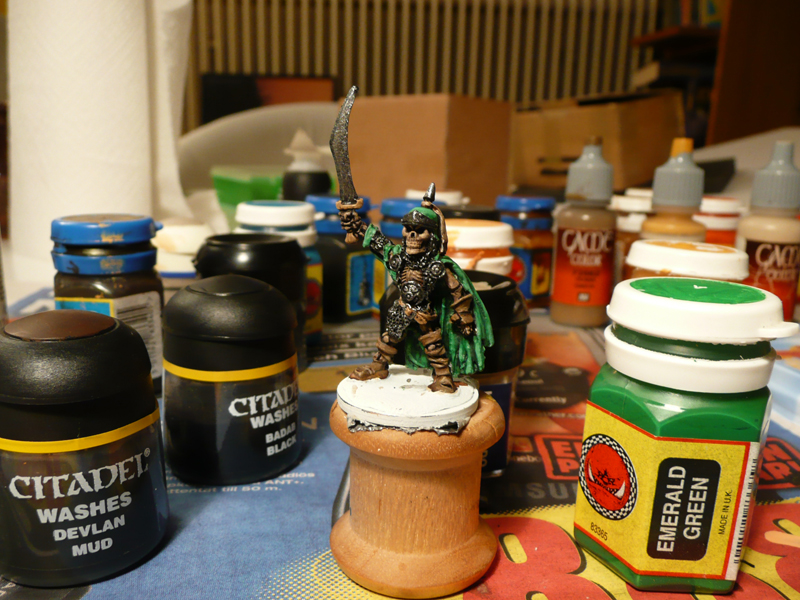