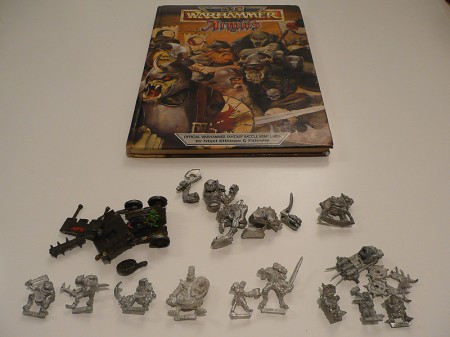 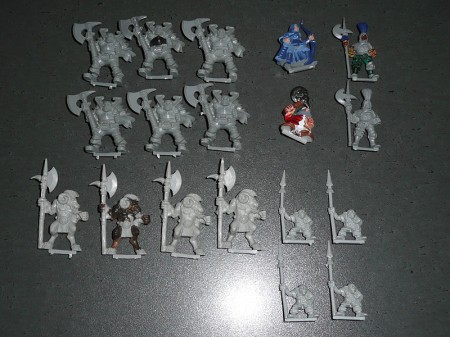 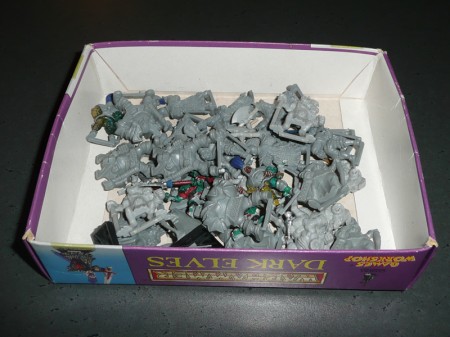 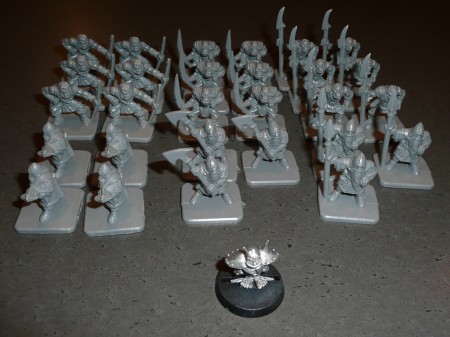 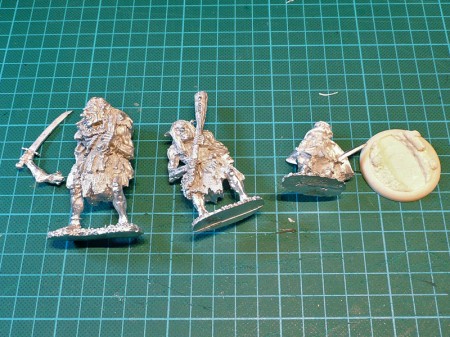 Have been a bit busy with the planning and execution of a stag do recently, as well as starting a new assignment for a new client at work. Not much painting going on (but some, very sporadic). I decided to see what I could do with a regiment of the single pose plastic dwarfs GW did in the 90s, painting them up as quickly and crudely as I can. I’ve tried selling them unpainted for ages and no-one wants to buy them. Guess I’ll just use them (and other plastics) for some 3rd edition Warhammer if I can coax any mates into giving it a whirl. I need another project like I need a hole in the head, but that never stopped me before. It’s just too much fun planning and thinking about these things.

These are my latest acquisitions. Completely forgot about posting them. A bunch of Ral Partha chaos warriors by Bob Olley for my Olley chaos warband. Also, an angel for a cousin of mine who collect angel figurines. I’ll paint it up for her as a belated birthday present. 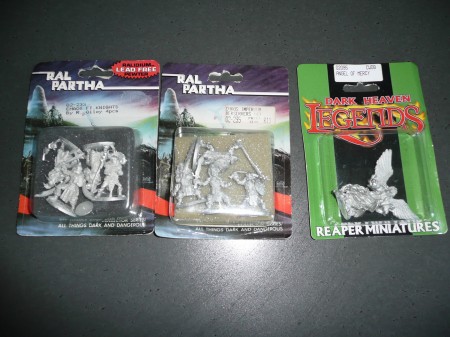 So with these additions – what’s my total tally for 2012? 44 painted – 189 acquired = -145! Crud… Well, I won’t get much more for a long time as I have no budget for gaming gear. After 9 months of parental leave, our buffers are drained and I’ve got some catching up to do. Haven’t bought any toys at all since april (including movies, music, books etc) and I’m more or less ahead on the selling off of lead. I think I’ve sold more than I’ve bought.

Getting these barbarians made the Olley band more or less complete. I’ve got armoured warriors, unarmoured warriors, a bunch of chaos dwarves (from Metal Magic), some chaos centaurs (also Metal Magic), Citadel beast men, an ogre and harpies. It has been fun to collect minis from different manufacturers but by the same sculptor. I’ll do a full feature of it eventually.

Also, I’ve got a “newly” painted team for the LPL that I just realised I haven’t posted on here. I’m hoping to get a snap of it up later today, actually. Just need to mow the lawn and appease she-who-rules with some more house work.